You are here: Home » Prophecies » I saw the Lord’s hand breaking delay over many in the body of Christ. 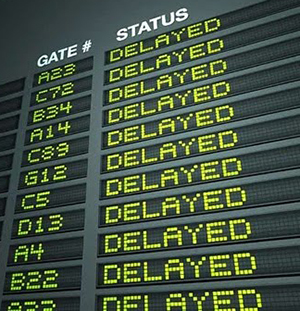 The Lord has been speaking to me a lot in this season about how He is breaking delay. In the last few weeks, I have felt the momentum increasing on the Lord breaking delays.

Recently, I had an encounter with the Lord and saw the Lord’s hand breaking delay over many in the body of Christ. I watched as the chains of delay that had caged many for SO LONG were SUDDENLY breaking and catapulting them into a significant slipstream of acceleration and suddenlies.

As this huge breakthrough over the delay was taking place, there was then a major commissioning. Jesus was positioning them in a new place of commissioning.

There was a significant transition taking place into a new birthing, and this birthing and commissioning was anointing them to go forth as “DELAY AGENTS!”

God was sending them into various places and even “undercover” for Him to break delay in many places in the authority and power of Jesus name.

As these ones were commissioned to go forth, I saw the words “DELAY AGENTS” over them as they went on specific assignments for the Lord, but then the words would flip to “CHANGE AGENTS”.

They had so much armory, all tools and weapons they had gained in their own wrestles with delay. These ones are being sent forth with HUGE authority and anointing to see delays BROKEN in so many other places and lives, because they have OVERCOME.

They will go forth partnering with the Holy Spirit and resurrection power of Jesus to see the Lord use them to bring forth HUGE change and tidal waves of breakthrough.

Their “wrestle” with delay, even though it was not the Lord’s heart, has prepared them and gained them greater authority to break the chains of delay and move forward with a major BREAKER anointing and they won’t be stopped any longer.

I watched as Jesus REBRANDED THEM with His fire and His fire rebranded them as “UNSTOPPABLE”.

So if that’s you today, and you have been battling with delay in your life, I want to encourage you, the Lord is bringing forth His truth into your life. He is awakening you to His promises and the POWER of His Word and the power in the name of Jesus.

You are going forth UNSTOPPABLE! You will no longer be delayed. I prophesy over you that you are not only seeing chains of delay breaking by the power of the Spirit in your own lives, but you are being recommissioned, rebirthed and rebranded as UNSTOPPABLE.

You are being given new shoes to go forward as a “DELAY AND CHANGE AGENT” – sent forward to BREAK DELAY and bring great CHANGE in Jesus name. You are moving forward with such boldness to go after the unjust delays and see them broken in Jesus name. You are moving forward and you will go forward in greater empowerment and take unjust delay by the throat and see it bow to the name of Jesus.

New tools have been given to you through your wrestle with delay, you are going forward with new armory and weapons to BREAK DELAY and see the POWER of the name of Jesus DISPLAYED!

I declare over you today, this is your moment of great breakthrough. The delays are breaking and you are being sent forth as an AGENT for the Lord to BREAK DELAY and bring forth GREAT CHANGE with Him!

Amen Amen Let it be so in my life. Glory be to God!! Forever and Ever UNSTOPPABLE

Rick Wiles tonight on Trunews said if the Democrats win in November there will be revolution and if the Republicans win there will be revolution. Dumitru Duduman said in 1984, “When Americans think it is peace and safety- from the middle of the country, some of the people will start fighting against the government. The government will be busy with internal problems. Then, from the ocean, from Cuba, from Nicaragua, from Mexico… they will bomb the nuclear warehouses. When they explode, America will burn!” Henry Gruver had several visions of America being attacked and an angel told him the coming attack will be different from earlier wars, God won’t be with you. Tensions have never been higher between America and Russia and China. In a 1996 vision a voice said to Dumitru, “When America goes to war with China, the Russians will strike without warning.” We are already in a major trade war with China and have put catastrophic sanctions on Russia. How many pastors have warned their flocks to get ready? Trunews and Z3 News are two of the very few sites that comprehend the signs of the times. This is history repeating itself following the first time the Messiah came.

I almost never have dreams but this morning just before waking up I had a short dream of our house being on fire. It had just entered on one side the house and I yelled at the top of my lungs, FIRE, to my mother and brother and was about to run outside to a garden hose when I woke up. The word “suddenly” came to me as I woke up. This has been what I have been posting about the past week based on the words, dreams and visions of Dumitru Duduman. Here is one from his pamphlet WAKE UP AMERICA. “WHEN WILL IT HAPPEN? Sept. 1984: From the middle of the country, some of the people will start fighting against the government. The government will be busy with internal problems. Then…(the attack will come) Look around you! Look at the rise of the militias. They are in virtually every state and growing in strength and numbers. They are training right now to do battle against the government. One militia leader has recently stated that if the government continues to distance itself from the people, war and REVOLUTION is inevitable. All it would take is one incident to unite the militias.” This is in harmony with what Terry Bennett has prophesied, “What the United States is going to go through is civil conflict, civil war and then invasion. This will greatly diminish the desire of the spirit of Antichrist to take hold of this nation. So, there was a side of it, particularly if we pray, that all of this would result in a blessing from the Lord to keep us from the domain of the spirit of Antichrist. I saw in the governmental arena we will go through a dramatic change in our government and there would be… Read more »

Terry Bennett said, “When the checks from our government stop coming to the people the chaos will ensue.” Dumitru Duduman said, “When America goes to war with China, the Russians will strike without warning.”

Jesus saves. Call on the name of the Lord to save you. Praise the Lord!

I receive it in Jesus Mighty name. Hallelujah for He is worthy to be praised and worship. Thank you Lord!

AMEN … I RECEIVE THIS WORD IN JESUS MIGHTY NAME !

Amen, my Father and Almighty God. Let it be so for your child and servant, in Jesus’ Name. Love, Jay

I receive this. Thank you Lana. Bless you and yours.

So great to receive this in Jesus name. Thank you!

The Chief Counsel of the FBI James Baker has confirmed the NY Times story that Rod Rosenstein, the #2 man in the Justice Department, was serious, not being sarcastic, about wearing a microphone into the WH in an effort to depose President Trump from office in a soft coup using the 25th Amendment saying that the president was incompetent to hold office with the cooperation of two others who were part of the administration. Baker said he totally believed it when the then head of the FBI Andrew Cabe and Lisa Page told him this plan. Rosenstein is scheduled to testify before Congress on Thursday but will he show up? Who is investigating the investigators? He will be asked if he misled the FISA Court? It appears that God has totally turned the tables on poor Rob who is likely to be totally disgraced. James Baker himself is also in big trouble for (1) taking evidence from a DNC attorney; (2) for hiding evidence by redacting parts of reports to Congress; (3) by using a journalist, David Corn, to attain a copy of the dossier and (4) being present when plans were being discussed for removing the president. All this is politics which is illegal. Finally, this all comes back to Hillary who financed the dossier but was wrongfully exonerated by the FBI just before the election after a long investigation. Shane Hannity pulled this all together on his FOX News show tonight and can be found on his and Fox’s web sites. PS, even Lisa Page testified that after 9 months zero evidence has been found against President Trump.