You are here: Home » Prophecies » The Lord is decreeing a season of REJUVENATION is upon you! 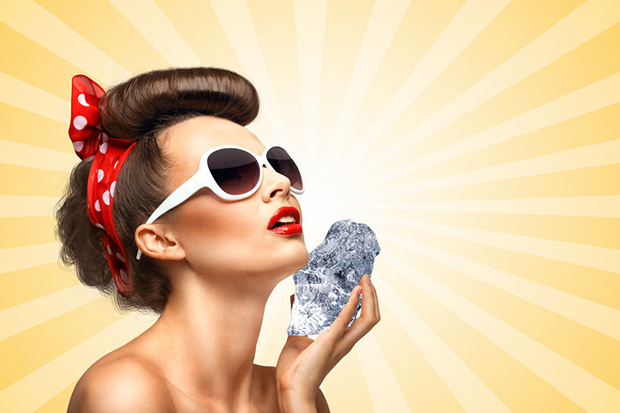 I have really been feeling many in the body of Christ and many leaders in the Church are very weary right now and I want to encourage you, the Lord is decreeing a season of REJUVENATION is upon you!

I then saw this word the Lord gave me last year and felt it has come full circle again to minister to many of you.

“THERE IS A DIVINE TARGET UPON YOU MY PEOPLE, AND LEADERS, JUST WHEN YOU THOUGHT IT IS OVER AND YOU CAN’T GO ANY FURTHER, I AM TURNING OVER A NEW LEAF.”

Today as I spent time with the Lord, I heard these words:

“Where the enemy has targeted My people to bring pain, I have set a divine target to bring and breathe life again.”

I then saw the hand of the Lord reach down and He grabbed this target that the enemy had placed upon God’s people to bring pain, and many have endured the pain for years and years, and the Lord suddenly turned the target around and an even BIGGER target appeared where the enemy’s target was. This target was the target of heaven, the target for the unprecedented, unlimited power of God to come and bring extreme breakthrough, healing and turnaround.

As the breakthrough was taking place all over the planet for God’s people, the BREAKING and MOVING THROUGH of pain, impossible circumstances that have caused great pain suddenly started shifting and changing.

As I watched this DOUBLE portion EXPLODE in the lives of believers, I was overcome with the love of God as I watched IN THE VERY AREA where there was PAIN, there was now DOUBLE PORTIONS of JOY!!!!!!!!!

“Instead of shame and dishonor, you will enjoy a double share of honor. You will possess a double portion of prosperity in your land, and everlasting joy will be yours.” (Isaiah 61:7)

I then heard these words, “Leaders, just when you thought it is over and you can’t go any further, I am turning over a new leaf.”

I saw such weariness, discouragement and a wrestling in the heart of leaders over the continued ‘pressure’ and ‘opposition’ they have been facing. Many feeling like continuing to press through and push forward is ‘too hard’.

Just at that moment, I saw the Lord turning over a leaf. I wondered why it was a leaf and I felt the Lord saying, “A CLEAN, FRESH, COMPLETELY NEW beginning and start is being released over these ones, a complete breaking through, a freedom, a NEW SEASON.”

A NEW SEASON (Isaiah 43:19, Song of Songs 2:13) is upon MANY leaders and this season will be one of great GROWTH and LIFE. It will be a season of GREATER REVELATION and MANIFESTATION of John 15, of being CONNECTED to the vine. Where there has been great weariness that has hindered intimacy, now the Lord was taking leaders DEEPER into one on one connection, encounter with Him… to a DEEPER place of ONENESS where there would be LIFE all around, there would be FRESHNESS, there would be GROWTH like they have never known.

The turning over of the leaf showed this NEW SEASON would look NOTHING like the one they have just been walking in. OLD MINDSETS and ATTITUDES would be broken, healed and released as they moved INTO THE NEW. Moving deeper into the mind of Christ, deeper in wholeness, healing and freedom.

Thank you for this word of encouragement. I really sense that this was for me. A little over a year ago my husband and I were led by the Lord to step down from leading worship at a church we had helped to plant. Within a month or so I lost my fourth child at 16 weeks pregnant. My child was fine at the 13th week ultrasound but we did not discover this until the 16th week that he didn’t make it past 13 weeks. We were heartbroken and devastated. This really affected our level of intimacy with the Lord. I have gone through a lot of counseling and healing and feel like this word is for me. I receive all that the Lord has to completely heal me and restore the joy of my salvation.My heart is in a good place and I am reaching a new level of intimacy with the Lord. I am believing for a double portion and that the Lord will open my womb again when the time is right. Please stand with me as I approach the month of June which is when I lost my son. Thank you again!

OHHHHHH man!!!!! this message hits me square on the chin!

I have to say thank you because these words mean so much to me, thank you Lana.

I am new to all this but I don’t understand if war is coming how will your message be true?

While darkness is increasing in the world, the light of God is rising on His people. (Isaiah 60:1-5) Trouble in the world also causes us to rely on God and trust Him more than ever.

a few years ago my children and I had stopped at a park in Roswell, NM. We were playing on the playground and next to the play ground was a large freshly mown, green soccer field. There was a group of people playing flag football. The sun was beginning to set and it had just begun to be too dark to play, when all of a sudden it was as though someone had turned on light switch and boom! the whole field was lit up brighter than it had been hours previous. I looked up and noticed that there was a blanket of clouds over the field, and on the horizon the bright sun was setting, but the rays of sunlight were bouncing off of the clouds and lighting up the field. The Lord spoke to my heart and said that is what it will be like for God’s people in the end times. Gross darkness will cover the earth, but the Brightness of The Holy Spirit that will rest on His people will intensely light up the world where ever we are.

He will protect His elected and believers no matter what.