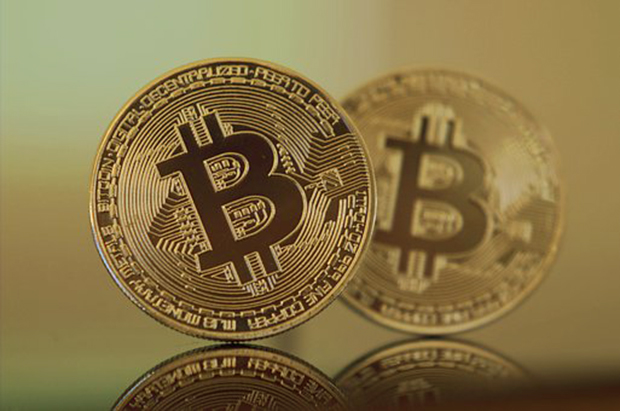 I had a dream today where Bitcoin crashed from about $32k. The crash happened quickly. Towards the bottom, I looked at the Bitcoin price on my phone and saw it go from about $100 to $60 to $12. I told a friend it had gone this low and he said something like, “No, it’s gone right to $0.”

Still in the dream, I was disappointed because I realised I hadn’t set any low Bitcoin buy orders. My friend was happy however because he had been able to manually catch that area. He said something like, “I was able to buy some at the time because my adrenaline was pumping.” He was really happy and started to say what he was going to do with it. I knew the crash had only lasted a very brief time, then gone right back to $32k. EOD.

Amazingly, the same friend from the dream had literally tried to contact me before the dream to ask when I thought RDD was going to rise in relation to the Bitcoin crash. He was going to ask which one I thought went ‘first’. I had no idea he was going to ask me this before the dream. So that could be an indication from the Lord that Bitcoin is about to ‘flash-crash’ to the dollar level, then a spike in RDD will happen afterwards (one possibility). Or perhaps they will happen within a very short time of each other. Also, in real life I had previously cancelled my low Bitcoin buy orders after my recent Reddcoin dreams. In the dream, this was also the case, so I believe the Lord was telling me to make sure I maintain some low Bitcoin buy orders at the same time I have high Reddcoin sell orders.

Another seeming confirmation was that later today another friend said he’d had a dream where Bitcoin was around where it’s at now, then suddenly it was in the few dollar range (flash crash).

My recent dreams have also come off the back of some serious prayer sessions of late. So I believe these dreams are definitely from the Lord. I hope they help with understanding what’s currently going on with Bitcoin and Reddcoin.

Dear Z3 and Tim, this morning I had two dreams where I saw BTC crash from seemingly around the current price all the way to zero or very near zero. In the first I saw it crash through 19k then 16k and under 10k then to zero. I dreamed about BTC crashing to zero before and also on 2/4/21 where I was prompted to mention Tim Price’s dream (in the above post). I am not certain with timing, but I believe it will happen, and I suggest you consider having low buy orders in place for BTC, as if they are fulfilled you will rejoice. God bless. Christopher.

Christopher, I had a dream about the crypto currency called Chainlink (LINK) and it is similar to what you are saying about BTC’s drops and spikes. Here is my drawn chart of what God gave me: https://imgur.com/a/uAmQV7C

This currency has tracked the price of BTC over the last few years.

I feel it is very important to compare our information. Please let me know your thoughts.

The crash will happen because of “margin trading”. People is trading on debt, leveraged several times. When the price reaches to a certain low level, the system automatically sell all the positions of the trader, at any price, in order to secure the repayment of the loans.

Margin trading is causing these crazy high prices, and margin trading will cause the a super-quick crash, setting the price near zero.

First of all I like to thank Christopher shared his dream a few weeks ago when rdd was at the 0.00000003-4btc, in his dream he heard ” buy “. And i squeezed some money from my card and buy more rdd and it turn out to be the most successful trade Now thank to Tim to share his dream of the flash crash of btc, I sold my recent rdd purchase and made over 100% profit , and start buy some xlm and zrx, also to place the low limit buy order for btc.

Today I was wondering whether I should share on this matter because it involve some small risk. When btc flash crashes to the very low price nearly all other coins’ price should be very low. So I place some very low limil buy order for eth, ltc, even xlm. On bittrex, you can buy them with us dollars directly. The price range to buy is between $0.001- 0.009. The risk is that with these coins, the flash crashes may not happen or they do not fall to that kind of low price

Christopher had a dream about buying XLM and ETH on January 30th and on December 28th, he saw BTC at $50,000 (some crypto analysts have seen this as the next objective) , so i believe that we might go higher before the flash crash.

I think you’re right Edouard because Maria Conwell said God showed her BTC was going up to $60,000 before it crashes.

Yeah very likely, especially based on technical analysis. Maybe we hit the high just before the Chinese New Year, then start the downwards dive.

Has God shown u anything about exchanges blocking us citizens from trading crypto during this event . It’s possible Satan could take advantage of this to prevent Christians from being prosperous in this endeavor

Please, can anybody give a possible price to set a BTC low order. Thank you.

My own understanding is that there are two events of btc flash crashes. One flash crash to around $300 and bounce back up ( from Beth and Kue ( $319 ), and others ). Another flash crash to nearly zero ( from Tim — his friend , and others ). Remember these are just my speculation. So to the first kind of crash, one can set a single price, or a ladders of prices. More higher the price than $319 , better is the chance to catch it. To the second kind of crash, since Tim saw $100, $60, $12 and his friend saying to the zero, one can set a ladder of prices higher than $100, $60, $12, even to the $0.002 or $0.003 . I think no body would dare to give you a specific number to buy, just in case you don’t catch it with that number. You have to decide your own number as the price or a ladder of prices.

I set my orders on Coinbase anywhere from 3$ to .25, hopefully I can catch this ride. This is not a first time this kind of news has been posted on this forum. Thank you brothers

I was able to use the below Exchanges to put very low BTC buy orders so far. I am arranging them based on popularity and volume reported:
1. Kraken
2. Huobi Global
3. Bittrex

Just wanted to let everyone know in case anyone is looking for a good exchange.

If you have a limit order $5 and the price goes down to “0” what happens? Does it still take it in the way up?

BTC token will be bought as soon as price reaches 5$ if our buy order is placed in advance. After that even if prices goes to 0, it won’t impact bought tokens. Tokens will be available in our exchange wallet.

Thanks Tim, If I understand correctly, I would have to set a buy order that is tied to my usd wallet on the exchange. (Im in USA) ? Or are you pairing btc using some other coin?

Hi Tim. I believe you can set low Bitcoin buy orders on a site like Bittrex. Alternatively, I’m using the Australian exchange Coinspot.com.au. If you’re in the US or another country besides Australia, you can connect to that exchange using a VPN. However I’d recommend using a site like Bittrex, because it might be tough to connect foreign banks to Coinspot. Hope that helps.

Hi Tim, when you saw BTC drop from $32K to $100 and below, did it go straight down (like a vertical line), or did it drop in stages? Did you see any rebounds or retracements during the drop? Thanks.

Hi James M. I didn’t see a line, I just knew Bitcoin was crashing incredibly quickly. It didn’t seem like there were stages in the dream, but I could be wrong on that one, because in that part of the dream I didn’t see numbers.

Be careful with Bittrex. they just changed their disclaimer to state that if they are hacked, they are not responsible for your losses:

Simple Man,
All exchanges can be hacked. But our protection come from our Lord Jesus Christ. The door He opens, no one can shut. The door He shut , no one can open. We only weapon is living a holy life and pray. For all the security issue , we need to pray.

Please pray for this matter, especially the prayer warrior.

Tim
I have an account with coinspot
. I log in. I don’t see any limit buy/sell tab. How do you set the low limit buy order?