You are here: Home » Prophecies » “You will no longer carry disappointment, there is a divine decree that you will now carry DOUBLE.”
Share this post: 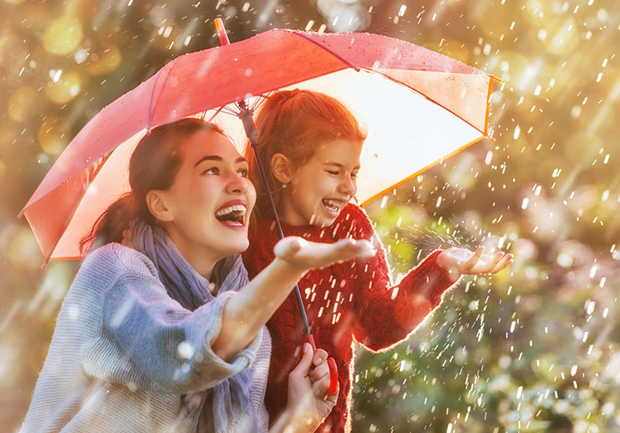 I felt strongly to release this prophetic word of encouragement today for those who have faced yet another disappointment. I really felt the Lord’s heart for those who have been believing for breakthrough, holding onto the promises of God and things did not work out the way they expected. The breakthrough didn’t come and their hearts have been left in disappointment yet again. This word is for you.

The Lord spoke to me early last year and He spoke to me about a thieving spirit that had really ramped up its attack in the body of Christ. This demonic spirit was attacking many of God’s people viciously and there was a great thieving that was taking place in the body of Christ, but the Lord spoke to me that we were moving into the place of the latter part of John 10:10, knowing what it is to live the abundant life in Christ, a greater awakening to the truth that Jesus came to give life and life more abundantly.

The Lord showed me the beautiful adventure with Him that awaited the body of Christ in discovery in many ways what life in Christ really means and looks like. We are still on that journey now. The great awakening to the revelation and manifestation of the life we have been given in Christ Jesus and settling for nothing less than that, what was given to us through His death and resurrection.

Someone sent me a prophetic word recently by Cindy Jacobs and she mentioned she saw a “robbing spirit” and this being a time of recompense and restoration, which confirmed exactly what I had been seeing still taking place in the body of Christ, but NOW there is a great turning.

I had a vision and I was in the library of heaven and I saw many coming to Jesus and they had faced yet another disappointment. There was heartache, pain and hope deferred. They believed again and the breakthrough and shift didn’t take place.

I saw Jesus look at them with such compassion and love, I could feel His comfort all around and He looked down to the table before Him and He picked up a beautiful huge, golden book. He handed this book to His people and He spoke:

“It’s time for this book to be opened over your life. It’s time for you to SEE with your eyes the manifestation of what My divine recompense, restoration and double portion looks like. I am setting a banqueting table for you with Me in the presence of your enemies where you will receive DOUBLE for the disappointment that you have endured. You will no longer carry disappointment, there is a divine decree that you will now carry DOUBLE. It’s time for your DOUBLE PORTION! My gavel of justice is coming down upon the enemy and this thieving spirit that has opposed and attacked you for so long.”

Suddenly, I heard the loudest decree in the halls of the library of heaven. I had this sense the “halls” represented the “waiting place”. The place where many have been waiting to see their breakthrough and see the manifestation of the promises of God in their lives, but all they have seen in the waiting is disappointment. I could see so many angels lining the hallways, and my heart felt this comfort that in the waiting and disappointment the Lord has sent angels to minister to His people.

The vision shifted and I was then back in one of the library rooms with Jesus and He opened His mouth and He released a decree and I heard the huge hosts of angels decree along with Him and it sounded like the loudest ROAR I have ever heard:

The Lord has dispatched angels to assist in the decree He has released to see this shift of the season and double portion being released to those who have faced yet another disappointment. There may have been such a delay, devastation in the disappointment, but NOW there will be a divine SHIFT and DOUBLE PORTION released by the hand of the Lord. The disappointment came to shut you down, but His hand is moving in power to bring a great TURNAROUND.

Friends, to those of you who have faced another disappointment, I want to encourage you, take heart. Do not look at the disappointment or the circumstances, but put your hope in God. (Psalm 33:20-22)

Things may not have worked out how you expected or how you believed, but take heart, there is a new chapter opening up over your life right now. The decree has been made in the heavenly’s by the Lord, shift of season and double portions.

You will no longer carry disappointment, but a double portion. You WILL see the justice of God. As you sit at the banqueting table He is setting before you, not only will you receive double recompense and restoration, but your heart will be healed of the deep wounding of disappointment. His love is going to wash it all away. Even in the areas where you don’t understand, His love is going to soothe your broken heart, He is going to bring such deep healing and restoration. It’s not coming, it’s available now, step in by faith and receive all He has for you.

Many have believed the lie because of hope deferred that disappointment is their portion. Repent of believing that lie. Renounce any agreement with that lie and ask the Holy Spirit to show you His truth.

REVELATION OF THE ABUNDANT LIFE

I then saw Jesus hand each one that have faced yet another disappointment, a beautiful invitation. I noticed the seal that was on the invitation and it was red, instantly I knew it was sealed with His blood.

This is a crucial season, an important moment. The invitation has been released by the Lord to come deeper into a season of great awakening to the revelation of life in Christ.

We walked into the room and it was FULL of books, SO many books everywhere, but in the middle of the room was a table with a VERY large book on the table. As we walked over to the table, I looked down and it was the WORD OF GOD.

Jesus spoke to me:

“This is the center of it all. My WORD! In this room, I will open up My Word with My people who will come in to discover what the abundant life I purchased for them at Calvary looks like.”

The sense surrounded me strongly that from the place of exploring the Word of God with the Lord there was revelation of the abundant life in Christ that was being released in such increase that ALL the books in the room that I could see could not even contain the depth of all we have been given in Christ.

I then saw the Lord smile with such joy beaming in His eyes and He spoke:

“Trust Me, it’s going to be life-changing!”

I hope this is it, been through alot. Praise His Holy Name! Can’t wait for it to be over

James 1:2-4 English Standard Version (ESV)
Testing of Your Faith
2 Count it all joy, my brothers,[a] when you meet trials of various kinds, 3 for you know that the testing of your faith produces steadfastness. 4 And let steadfastness have its full effect, that you may be perfect and complete, lacking in nothing.
I am so thankful to have the fight ever before me as I hurdle one thing and gain wisdom and strength for the next. The day will come when I lack in nothing as I have passed the test and am perfect and complete in Him.
Pressing produces wine, oil , perfume and many wonderful things in life . I am so thankful to be among those wonderful things on this planet. I am wonderfully made.
2 Corinthians 4:8-10 New International Version (NIV)
8 We are hard pressed on every side, but not crushed; perplexed, but not in despair; 9 persecuted, but not abandoned; struck down, but not destroyed. 10 We always carry around in our body the death of Jesus, so that the life of Jesus may also be revealed in our body.
I have passed so many tests and trials and I have not arrived to manifest the perfect image of Christ but I’m sure he will keep supplying me with opportunities to practice , until I can. May you be found with faith that pleases him while you run your race . Lana your words ALWAYS ENCOURAGE ME ON MY JOY~R~NEY. You can laugh at your trials and sing in your storms. They only come so you can use your understanding and walk with DADDY to overcome them as you grow in FAITH. Blessings and Love, JOY

Thank you, Lana!
You are blessed to be a blessing…
I am one of those who’ve been struggling to overcome one attack, affliction, or disappointment after another… It’s been going on for 15 years, but has increased over the past 2-3 years! The enemy wants to destroy or distract me… and doesn’t want me to pray for others or speak against him (bind him and whatsoever he does).
I have have grown sooo weary I stopped praying and reading the word… but, your word is encouraging me to “get up” and start to take steps to finish this race…
Thank you!

Thanks the Lord for your mighty , unimaginable and unconditional LOVE and KINDNESS!

YES!!! It’s been such a hard year. Can’t wait to see the breakthrough!

Thank you Lana as I am one of His daughters who experienced another disappointment this week. I read your earlier word a couple times this week. Father God called me this week to spend an increasingly amount of time in worship and in His Word by shutting down my means of supporting me. I was obedient and began to see His Miracles manifest then another stoppage which placed me with such a broken heart. God directed me to go to Z3News this afternoon which is usually not my routine and wept and wept when I read your word from our Heavenly Father. Thank you Lana for your obedience. Love in Christ, Nancy

Confirmation of your word as Rabbi Curt Landry also taught about this in his daily PowerPoints: https://www.curtlandry.com/power-points-curt-landry/