Johnson & Johnson is reportedly considering using what legal experts call the “Texas two-step” bankruptcy law, a maneuver that would allow the company to create a new entity housing talc liabilities that would then file for bankruptcy to halt litigation. 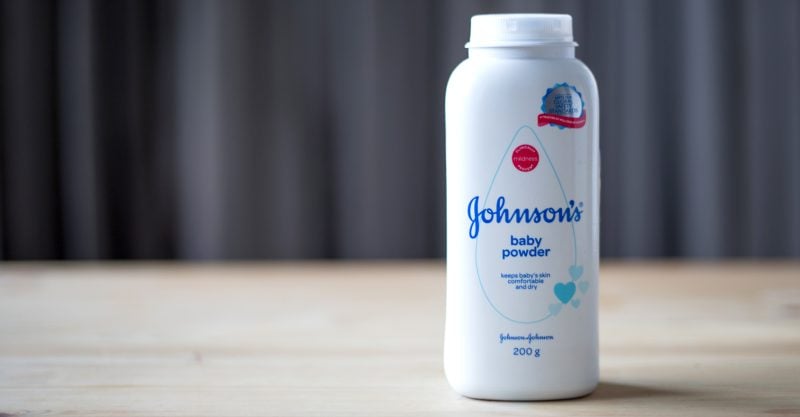 Johnson & Johnson (J&J) is exploring a plan to offload liabilities from widespread baby powder litigation by creating a new business that would then seek bankruptcy protection, Reuters reported.

During settlement discussions over its talc-containing baby powder, a J&J legal representative told plaintiffs’ lawyers the company could pursue placing a subsidiary in bankruptcy as part of a strategy to settle thousands of claims linking the product to ovarian cancer.

If executed, the plan could result in lower payouts for cases that do not settle beforehand, according to people familiar with the matter.

According to the Wall Street Journal, bankruptcy can be a powerful tool for companies facing a large number of lawsuits over allegedly defective products, or other mass-tort claims. A chapter 11 filing can pressure claimants into accepting lower settlements by halting ongoing litigation and discovery proceedings, and by creating a centralized forum to value claims.

Plaintiffs’ lawyers would initially be unable to stop J&J from taking such a step, though they could pursue legal avenues to challenge it later.

A company spokesperson said Sunday that “Johnson & Johnson Consumer Inc. has not decided on any particular course of action in this litigation other than to continue to defend the safety of talc and litigate these cases in the tort system, as the pending trials demonstrate.”

J&J is considering using Texas’ “divisive merger” law, which would allow the company to split into at least two entities — creating a new entity housing talc liabilities that would then file for bankruptcy to halt litigation, according to Reuters.

Should J&J proceed, plaintiffs who have not settled could find themselves in protracted bankruptcy proceedings with a much smaller company. Future payouts would be dependent on how J&J funds the entity housing its talc liabilities.

The maneuver is known among legal experts as a Texas two-step bankruptcy, a strategy used in recent years by companies facing asbestos litigation.

According to Onder Law, LLC, “A Texas two-step bankruptcy is a move that’s in line with the unscrupulous tactics Johnson & Johnson has exercised for decades. If they are successful — and we don’t believe they will be — the company hopes to discharge their liability from talc lawsuits throughout the country.”

A 2018 Reuters investigation found J&J knew for decades that asbestos, a known carcinogen, lurked in its baby powder and other cosmetic talc products.

J&J stopped selling talc powder products in the U.S. and Canada last year. But as of April 2021, there were roughly 28,900 lawsuits pending in U.S. courts against the company and its J&J Consumer Inc. subsidiary, alleging talc-containing powders caused ovarian cancer and other injuries.

J&J said in its most recent quarterly report in April that the number of talc cases continues to grow.

As The Defender reported last month, the Supreme Court on June 1 rejected an appeal by J&J to reverse a $2.1 billion verdict for plaintiffs who claim the company’s talc powder products gave them ovarian cancer.

The pharmaceutical company, which developed the Janssen COVID vaccine, asked the top court to review the verdict, arguing it didn’t receive a fair trial in Missouri where the court awarded a $4.7 billion payout to 22 women who developed ovarian cancer.

The verdict was reduced to $2.1 billion in June 2020, by the Missouri court of appeals.

Ken Starr, a prosecutor representing women who sued J&J, wrote in court briefings that the pharma company “knew for decades that their talc powders contained asbestos, a highly carcinogenic substance with no known safe exposure level.”

Starr said the company could have protected customers by switching from talc to cornstarch as their scientists proposed as early as 1973, but they were unwilling to sacrifice profits for a safer product. ”

J&J claims its baby powder is safe and does not contain asbestos or cause cancer.

Yes! The Supreme Court on Tuesday rejected an appeal by Johnson & Johnson to reverse a $2.1 billion verdict for plaintiffs who claim the company’s talc powder products gave them ovarian cancer.

The lawsuits linking talc powder to cancer aren’t the first time J&J has been sued over the safety of its products.

Other major J&J lawsuits and recalls for faulty products include:

2021: J&J agreed to pay a $230 million settlement with New York state that bars the company from promoting opioids and confirmed it ended distribution of such products within the U.S.