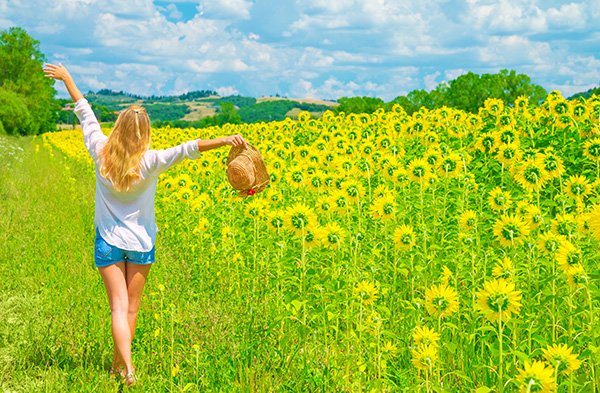 In a vision that I received in 2000, I saw a large crowd of people working hard on a massive wooden structure. It looked a bit like a giant conservatory but without the glass.

As I watched, the people made new frames to add to the already very complex framework of parts. Then they would all stop and gather in the middle to pray, asking God to bless and fill what they had built, but nothing happened. Frustrated, they went off again and made more pieces to add and then gathered again to pray. This same sad scene went on for some time, but no matter how hard they worked, nothing happened.

As this went on, I began to hear a sound. It was distant at first, but it grew louder and louder. Then I saw it, a massive body of people came running, dancing and shouting. It was shapeless like a flood of people, young and old of every nationality and I heard them shouting, “He makes all things New!”

This crowd smashed through the man-made structure and it fell with a great crash! Those who had been building responded in different ways. Some fell to the ground in despair amid the rubble. Others began to fight with the new crowd, trying to make them stop. Others grabbed arm-fulls of the collapsed pieces and went off and tried to rebuild what had fallen. Then there was one last group that just left the rubble and joined the dance with joy!

Then the Lord spoke,

“I will not bless that which is born of the arm of the flesh.”

Then He took me into another vision within the vision and I asked Him, “Lord will these things take place?”

Then I saw a hand that was missing the thumb and forefinger, but then suddenly they appeared so the hand was complete. Then the Lord spoke again.

“When the thumb and the forefinger have been restored, the function and role of the other three fingers must be re-defined. You now live in this time. This move will be shapeless, yet structured like a mighty flood, unstoppable and alive! Like the flames in a fire, My people will dance the dance of the redeemed across the nations.

Amid apparent desolation, a new thing shall be born, the old man-made structures shall come crashing to the ground, but My faith-filled bride shall arise dancing out of the ashes!

It’s time to join the dance!”