Israel experienced a surge in cardiac arrest and heart attack emergency calls among young people in the wake of their mass vaccination campaign, according to research from MIT professor Retsef Levi. 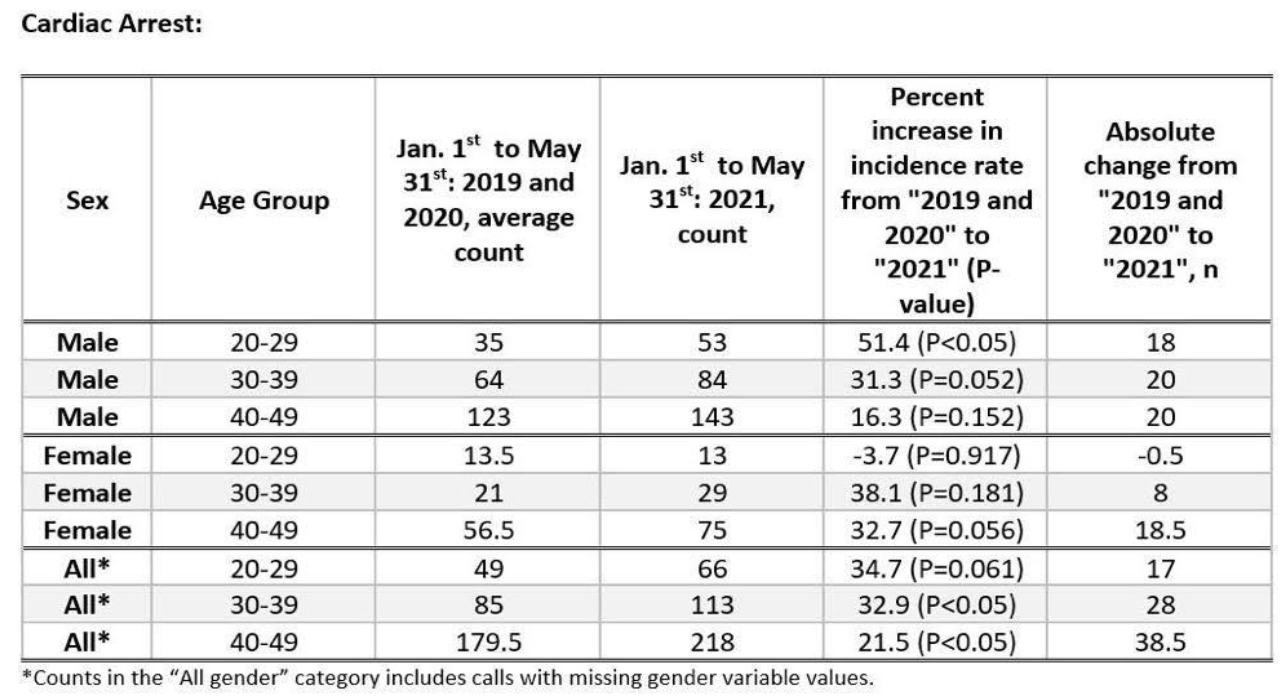 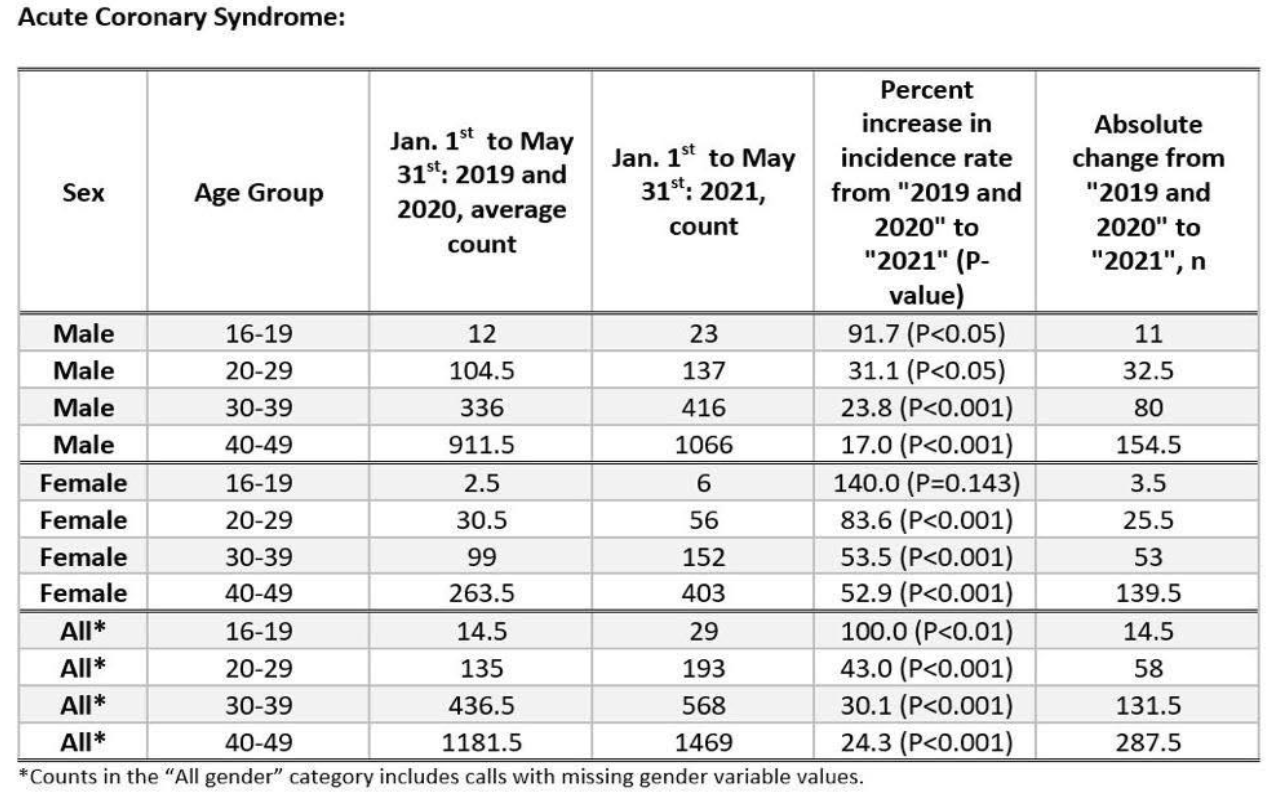 We’ve seen similar reports in the US with some 2,018 people reporting post-vaccination cases of myocarditis and pericarditis to VAERS.

“Among 12- to 17-year-olds, there have been 406 reports of myocarditis and pericarditis, with 402 cases attributed to Pfizer’s vaccine,” Children’s Health Defense reported on Wednesday.

According to these tables, it seems like in the first five months of 2021 the increase was even higher than 25%.
His study also notes that according to the Bureau of Statistics – mortality rates among young people decreased simultaneously after the decrease in vaccination rates. pic.twitter.com/eNS1q4jbaR

1/6 My new research with Alexandra @CaudeHenrion reveals a peak in excess mortality among young Israeli adults (20-49 years) in February-March 2021. Link to article https://t.co/cdIVH1l6A6
This peak coincides with the beginning of the vax campaign in Israel pic.twitter.com/LiiusdqjJp

2/6 A mortality spike of this magnitude has only been observed once in the past 10 years among young adults: during the war with Hamas in July 2014 pic.twitter.com/PSUBL6F9aW

3/6 An explanation of this excess mortality by COVID-19 seems unrealistic to us given the inconsistency observed since February 2021 between COVID deaths and excess mortality in young adults pic.twitter.com/ClVdpY16VZ

5/6 On the medical level, recent sources establish the link between myocarditis and vax in young adults. On the other hand, a 20-30% increase in cardiac arrest was observed in young Israeli adults in Jan-May 2021 (vs 2019/2020)https://t.co/sL3LyfjcEH

6/6 This accumulation of observations should lead in our view to a halt in the vaccination campaign while the origin of the young adult excess mortality in countries that have massively vaccinated their population against COVID-19 is clarified.

In related news, serious cases of “breakthrough” covid among vaccinated Israelis are continuing to rise.

The number of serious cases is up 70% in a week, almost 20x since JuIy 1. This is starting to look very bad. have a funny feeling the Israelis may be starting to get worried about

(This is not a joke. I fear Twitter will can me if I say it.) pic.twitter.com/Ic5GnNFRs4

Israel, with a nearly entirely vaccinated adult population, now expects this coronavirus wave to be the worst yet – up to 2,500 serious cases compared to 1,200 in January.

Note: the article doesn’t mention vaccines once. It’s like they never even happened. pic.twitter.com/qgyJqo9bzt