You are here: Home » Prophecies » Prophetic Word – Invasions Are Upon You 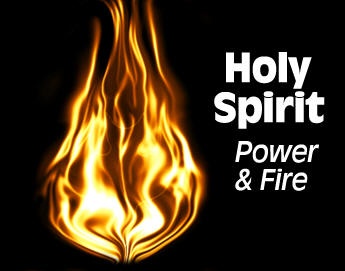 Posted by Expat Gal on behalf of Julie Whedbee

I have called you out of the world and placed you, My army, in your end time positions. It is imperative that you do not lose your focus, and that you do not fall prey to seducing spirits and spirits of distraction that seek to take you off the narrow path I have ordained for you. My timing is perfect, and you must not rely on your emotions and experiences as the gauge for what I am doing. Stay on the narrow path, no matter what the cost.

Several invasions are upon you. As the portals of hell have been opened, millions upon millions of demons have been activated on the earth, and with them comes great chaos, destruction, and devastation. The chaos that I warned you of that is overtaking the lands is happening now. This invasion of the dark kingdom is meant to cause the complete breakdown of modern civilized society and will result in the peoples and the lands being greatly weakened.

During this season, the judgments will simultaneously bring invasions of many kinds- such as pestilence and disease through chemical, and biological attacks aimed at further weakening the lands. The very air you breathe, the food you eat, and the water systems will be poisoned, which will cause many to perish. Pray diligently over all things as I have taught you, covering everything with My blood, and do not fear.

Your lands will be invaded North America, as you have sold your souls to the master of lies and deception, and you will reap what you sow. You have caused all nations to drink of the wine of the wrath of your fornication and great will be your demise. The enemies of your land, the great dragon and the bear, will invade your borders and strip you of your freedoms.

There will be the invasion of so-called benevolent entities that are actually demons in disguise. Many shape-shifters already walk among you. Their numbers are growing, and many of them are in positions of great leadership. They will lead many astray, as they will promise peace and help to a world in chaos, but those who walk with Me know they are not of Me.

Many refuse to believe the season you are in. They refuse to see that the King of all creation is at the door, but as these things that were foretold occur, there will be no doubt about what has been written and the warnings that have been given.

The invasion I want My remnant to focus on, however, is My Holy Spirit Fire invasion which will completely indwell My army and prepare them to reap the great harvest. It is upon you; the greatest of all outpourings, and My army is prepared.

Look up My loves.

Your Groom is coming for you!

11 My foot hath held his steps, his way have I kept, and not declined.

And I saw when the Lamb opened one of the seals, and I heard, as it were the noise of thunder, one of the four beasts saying, Come and see.
2 And I saw, and behold a white horse: and he that sat on him had a bow; and a crown was given unto him: and he went forth conquering, and to conquer.
3 And when he had opened the second seal, I heard the second beast say, Come and see.
4 And there went out another horse that was red: and power was given to him that sat thereon to take peace from the earth, and that they should kill one another: and there was given unto him a great sword.
5 And when he had opened the third seal, I heard the third beast say, Come and see. And I beheld, and lo a black horse; and he that sat on him had a pair of balances in his hand.
6 And I heard a voice in the midst of the four beasts say, A measure of wheat for a penny, and three measures of barley for a penny; and see thou hurt not the oil and the wine.
7 And when he had opened the fourth seal, I heard the voice of the fourth beast say, Come and see.
8 And I looked, and behold a pale horse: and his name that sat on him was Death, and Hell followed with him. And power was given unto them over the fourth part of the earth, to kill with sword, and with hunger, and with death, and with the beasts of the earth.
9 And when he had opened the fifth seal, I saw under the altar the souls of them that were slain for the word of God, and for the testimony which they held:
10 And they cried with a loud voice, saying, How long, O Lord, holy and true, dost thou not judge and avenge our blood on them that dwell on the earth?
11 And white robes were given unto every one of them; and it was said unto them, that they should rest yet for a little season, until their fellowservants also and their brethren, that should be killed as they were, should be fulfilled.
12 And I beheld when he had opened the sixth seal, and, lo, there was a great earthquake; and the sun became black as sackcloth of hair, and the moon became as blood;
13 And the stars of heaven fell unto the earth, even as a fig tree casteth her untimely figs, when she is shaken of a mighty wind.
14 And the heaven departed as a scroll when it is rolled together; and every mountain and island were moved out of their places.
15 And the kings of the earth, and the great men, and the rich men, and the chief captains, and the mighty men, and every bondman, and every free man, hid themselves in the dens and in the rocks of the mountains;
16 And said to the mountains and rocks, Fall on us, and hide us from the face of him that sitteth on the throne, and from the wrath of the Lamb:
17 For the great day of his wrath is come; and who shall be able to stand?

3 For out of the north there cometh up a nation against her, which shall make her land desolate, and none shall dwell therein: they shall remove, they shall depart, both man and beast.

3 For all nations have drunk of the wine of the wrath of her fornication, and the kings of the earth have committed fornication with her, and the merchants of the earth are waxed rich through the abundance of her delicacies.

And the fifth angel sounded, and I saw a star fall from heaven unto the earth: and to him was given the key of the bottomless pit.
2 And he opened the bottomless pit; and there arose a smoke out of the pit, as the smoke of a great furnace; and the sun and the air were darkened by reason of the smoke of the pit.
3 And there came out of the smoke locusts upon the earth: and unto them was given power, as the scorpions of the earth have power.
4 And it was commanded them that they should not hurt the grass of the earth, neither any green thing, neither any tree; but only those men which have not the seal of God in their foreheads.

7 And the shapes of the locusts were like unto horses prepared unto battle; and on their heads were as it were crowns like gold, and their faces were as the faces of men.
8 And they had hair as the hair of women, and their teeth were as the teeth of lions.
9 And they had breastplates, as it were breastplates of iron; and the sound of their wings was as the sound of chariots of many horses running to battle.

8 Who shall also confirm you unto the end, that ye may be blameless in the day of our Lord Jesus Christ.

Julie Whedbee is a born-again disciple of Yahushua who has been instructed to warn those who have ears to hear to repent, He is coming soon! Her sole priority is advancing His Kingdom here until He comes for His Bride. She has had dreams and visions for over 20 years about biblical prophecy and it’s fulfillment, especially concerning the US. All of the words He gives her are found in the His holy Word.

Several years ago, the Lord spoke to her about securing a Sanctuary for His people in the end times. He spoke clearly in May of 2013 that it was then time to leave her home in Florida and move elsewhere to establish a Sanctuary that will minster to those in need during the difficult days that lie ahead. To see more of her articles, visit her blog: Behold I Come.

Wow …What a word ..many confirmations that are so of the Father & Jesus: his warnings to his precious sheep .

we are striving to be a pure Bride.. sold out for our King & doing exploits in his precious & most Holy name.. All Praise to the King of Kings. ..and lord of Lords..

Before reading this post and word from Julie Whedbee. I listened to these 2 ladies speak..

Title: “Climate Change is the vaccine for Covid 19 ?./

From Israeli news live Jana Ben noon.. & Deborah Tavares…speaks re water & food poisoned.. how & why.! + more. Focusing on the third paragraph . I think this video covers this very well. -Reasons..

After reading this , I had taken a nap had a dream and was told to read Isaiah 2

“There will be the invasion of so-called benevolent entities that are actually demons in disguise. Many shape-shifters already walk among you. Their numbers are growing, and many of them are in positions of great leadership. They will lead many astray, as they will promise peace and help to a world in chaos, but those who walk with Me know they are not of Me.”

This got my attention! I believe these so called Aliens are Demons in Disguise after all. They might be the one who brought ancient religions and the architectures and technology. Especially that I am an avid fan of Extraterrestrials and many other cosmic things and topics.

I happen to read William Cooper’s Book about the Secret Government and the Majestic-12.

Here is the link: https://tinyurl.com/tec257h (although it has some inaccurate information)