You are here: Home » Prophecies » “It’s IMPORTANT right now to LISTEN more than you SPEAK.” 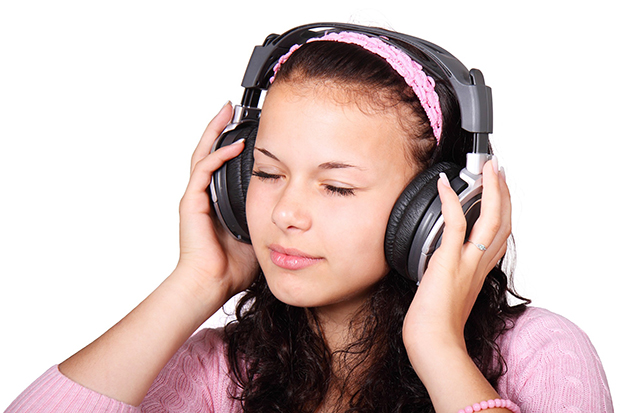 As I sat with the Lord recently, He has been speaking to me over and over about the major alignment that is taking place in the body of Christ right now where He is focusing His people back upon Him and drawing His people deeper into ministering to HIM first and foremost.

As I pondered this with the Lord, I heard the Lord say, “Prophets, I am inviting you into this deeper place of understanding of My ways in this moment for what is taking place and what is going to take place.”

There was such a strong invitation in the atmosphere to “come away” with Him and to hear His heart for what He is doing and what is to come. Then His voice thundered loudly:

“It’s IMPORTANT right now to LISTEN more than you SPEAK.”

Immediately, I had a vision and I saw the words, “PARADING OF THE PROPHETIC”. I then began to see many prophets running around and they were scrambling for ownership. As I looked closer, I saw that they were scrambling for ‘ownership of revelation’. I began to hear words rising, “I saw this first” or “God told ME about coronavirus coming first” or “Look at how MY words that I have spoken for this era are NOW coming to pass”, or “look how the word God gave ME is being confirmed”. I began to hear phrase after phrase after phrase of ‘self exaltation’ rising in the atmosphere louder than ever.

My heart was overwhelmed in that moment with the weight of the moment we are in. Prophets, God is revealing such deep revelation for this new era with SUCH depth and SUCH detail but the Lord was very strong in His words, do not be QUICK to share everything He is showing you and not everything He is showing you is to be shared. This is a time in the earth where the body of Christ needs comfort and encouragement, and they need the voice of the prophets, but in the spirit I saw an imbalance and the Lord is wanting to draw the prophets into a deeper well of revelation than they have ever been in concerning the ways of God (Isaiah 55:11) and things to come.

The Lord kept highlighting Ezekiel 47 to me and the depth of the river. The Lord spoke to me that there is a temptation right now to “run” with revelation from the Lord as soon as He releases it, but the River is rising, His River of revelation is rising, and He wants His prophets to wade DEEPLY in the River. Don’t rush. He wants you to minister to HIM and to LINGER and allow the words that He is releasing to you to mature and marinate deeper than they ever have and they will then carry greater weight and His Glory than ever before. There is a silence before the Lord that He is calling the prophets deeper into to listen and meditate.

THE EYES OF GOD ARE ROAMING OVER THE PROPHETS RIGHT NOW

What I saw next struck me deeply. I saw the eyes of God roaming over the prophets. He was looking for prophets who were ministering first and foremost to Him and their hearts were pure before the Lord not using the prophetic or revelation for self-gain or self-exaltation, but simply lingering with the Lord, ministering to Him first and foremost and loving on Him. He is looking right now amongst the prophets for who is hungering and lingering to know His heart and truly know His ways and these are the ones that will carry the weighty revelation and keys for this new era.

I saw the Lord open a treasure chest and this treasure chest was labelled “Keys that have not been seen or expected”. These were keys of revelation that have been stored for such a time as this and they were such weighty keys of revelation from the Word of God and in the heart of God to bring SIGNIFICANT shift in the body of Christ and in the nations. They were words that would go forth like swords and hammers and cause almost sudden manifestations in the natural. These revelations were so deep that only the mature and the pure of heart could carry them.

The Lord reminded me of a dream recently and I saw a prophet receiving an invitation to sit at a piano and they were sitting down to learn the new music sheet that was put before them. The Lord spoke to me in the dream that there is a new sound, and a new rhythm being released from His heart right now that will only be received by the prophets that are in the place of humility and teachability. Allowing the Holy Spirit to teach and to instruct in the partnering with this new sound being sounded in the spirit.

The Lord’s heart for ALL prophets to walk in this place, gripped me. The invitation is available, but it requires humility and it requires a purity of heart before the Lord.

The Lord showed me that many of the prophets that are going to rise and take their place in this hour are those that have been hidden. They are those who have been trained and been ministering to the Lord in the hidden place. They are not known by ‘man’ in their level of influence, but they are known by GOD. They are coming out of their caves. They are deeply grounded in the Word of God, they are mature, and their hearts are burning not to be seen by man, but burning for Jesus and burning with adoration for Him.

Prophets of God, the invitation upon us is weighty. The Lord is calling us up. (Revelation 4:1) There is a DEEP hidden place in Him that He is drawing the prophets into right now to SEE like we have never seen before and to SEE and receive greater understanding of the ways of God. This isn’t something to be taken lightly. This is something to throw ourselves into completely. The King of Kings is revealing greater revelation of His ways in this new era that have NOT BEEN SEEN YET. They are being unveiled now and it’s the pure in heart and the humble that will receive these revelations with His presence and anointing so heavily upon them that when released will bring monumental shifts and establishments of His structure and government. It’s time to go in deeper.

“The secret [of the wise counsel] of the Lord is for those who fear Him, And He will let them know His covenant and reveal to them [through His word] its [deep, inner] meaning.” (Psalm 25:14 AMP)

Let us be careful in the seasons we are in….and rejoice that our Name is Written in the Book of Life. For me the best place is and always will be in The Secret Place with Him, be filled by Him and let Holy Spirit lead the transformation He desires for the Father’s Good Pleasure. LOVE the Words of God (complete bible & His Words in context).

When Peter saw him, he asked: Master, what about him?
Jesus answered: If I want him to remain until I return, What is that to you?
You follow-me! John 21:22

Well yea, not all are called to be Prophets…..the essence here is Mathew 10:41 – the extending Heart of and Presence of GOD. That alone, when received, incorporates Every Thing; a reward of heart; deeper love;greater understanding,wisdom,the Times we are living in and MORE!! The Key is Humbleness – To Know Him; to keep Him in our renewed minds – The WORD written…..which is Revealed amongst these Times We are living in today & to take some courage to speak to others (in season & out of season)Being LED just ask/seek the Lord to whom……….It’s A Challenge & sometimes Hard & growth – but HE is Faithful!!

Lana, thank you for posting this timely word. This is direct guidance for me as I continue to receive disturbing visions of an apocalyptic nature. Better to wait, to release them. People are overwhelmed enough already. Your posts always speak to me
God bless you and keep you safe

A year old word from latter rain 333 on the econ collapse. Main word at 8:30 mark

Her updated on the mark