You are here: Home » News » Financial News » Why Are The IMF, The UN, The BIS And Citibank All Warning That An Economic Crisis Could Be Imminent? 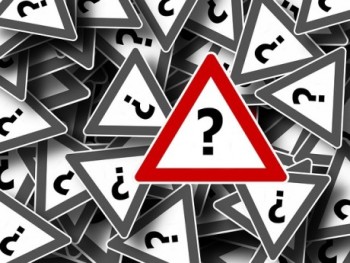 The warnings are getting louder.  Is anybody listening?  For months, I have been documenting on my website how the global financial system is absolutely primed for a crisis, and now some of the most important financial institutions in the entire world are warning about the exact same thing.  For example, this week I was stunned to see that the Telegraph had published an article with the following ominous headline: “$3 trillion corporate credit crunch looms as debtors face day of reckoning, says IMF“.  And actually what we are heading for would more accurately be described as a “credit freeze” or a “credit panic”, but a “credit crunch” will definitely work for now.  The IMF is warning that the “dangerous over-leveraging” that we have been witnessing “threatens to unleash a wave of defaults” all across the globe…

Governments and central banks risk tipping the world into a fresh financial crisis, the International Monetary Fund has warned, as it called time on a corporate debt binge in the developing world.

Emerging market companies have “over-borrowed” by $3 trillion in the last decade, reflecting a quadrupling of private sector debt between 2004 and 2014, found the IMF’s Global Financial Stability Report.

This dangerous over-leveraging now threatens to unleash a wave of defaults that will imperil an already weak global economy, said stark findings from the IMF’s twice yearly report.

The IMF is actually telling the truth in this instance.  We are in the midst of the greatest debt bubble the world has ever seen, and it is a monumental threat to the global financial system.

But even though we know about this threat, that doesn’t mean that we can do anything about it at this point or stop what is about to happen.

The Bank of England, the UN and the Bank for International Settlements have all issued similar ominous warnings.  The following is an excerpt from a recent article in the Guardian…

The IMF’s warning echoes a chorus of others. The Bank of England’s chief economist, Andy Haldane, has argued that the world is entering the latest episode of a “three-part crisis trilogy”. Unctad, the UN’s trade and development arm, would like to see advanced economies boost public spending to offset the downturn in emerging economies. The Bank for International Settlements believes interest rates have been too low for too long, encouraging too much risk-taking in financial markets. All of them fear that the global financial system is primed for a crisis.

I particularly like Andy Haldane’s likening our current situation to a “three-part crisis trilogy”.  I think that is perfect.  And if you are familiar with movie trilogies, then you know that the last episode is usually the biggest and the baddest.

Citigroup economist Willem Buiter also believes that big trouble is on the horizon.  In fact, he is publicly warning of a “global recession” in 2016…

Citigroup economist Willem Buiter looks at the world landscape and sees an economy performing substantially below potential output, which he uses as the general benchmark for the idea of a global recession. With that in mind, he said the chances of a global recession in 2016 are growing.

Usually when we are plunged into a new crisis there is some sort of “trigger event” that creates widespread panic.  Yesterday, I wrote about the ongoing problems at commodity giants such as Glencore, Trafigura and The Noble Group.  The collapse of any of them could potentially be a new “Lehman Brothers moment”.

But something else happened just yesterday that is also extremely concerning.  Just a couple of weeks ago, I warned that the biggest bank in Germany, Deutsche Bank, was on the verge of massive trouble.  Well, on Wednesday the bank announced a loss of more than 6 billion dollars for the third quarter of 2015…

Write downs, impairments and litigation costs all contributed to the loss, the bank said.

Cryan became chief executive in July with a promise to cut costs. The Briton is accelerating plans to shed assets and exit countries to shrink the bank and is preparing to ax about 23,000 jobs, or a quarter of the bank’s staff, sources told Reuters last month.

Keep an eye on Germany – the problems there are just beginning.

Something else that I am closely watching is the fact that major exporting nations such as China that used to buy up lots of U.S. government debt are now dumping that debt at an unprecedented pace.  The following comes from Wolf Richter…

Five large purchasers of US Treasuries – China, Russia, Norway, Brazil, and Taiwan – have changed their minds. They’re dumping Treasuries, each for their own reasons that are now coinciding. And at the fastest rate on record.

For the 12-month period ended July, sales of Treasuries by central banks around the world reached a net of $123 billion, “the biggest decline since data started to be collected in 1978,” the Wall Street Journal reported.

China, the largest foreign owner of Treasuries – its hoard peaking at $1.317 trillion in November 2013 – has been unloading with particular passion. By July, the latest data available from the US Treasury Department, China’s pile was down to $1.241 trillion.

Yes, I know, the stock market went up once again on Thursday, and all of the irrational optimists are once again telling us that everything is going to be just fine.

The truth, of course, is that everything is not going to be just fine.  Ever since I started the Economic Collapse Blog, I have never wavered in my belief that the greatest economic crisis that the United States has ever seen is coming, and I have written well over 1000 articles setting forth the case for the coming collapse in excruciating detail.  Nobody is going to be able to say that I didn’t try to warn them.

Those that have blind faith in Barack Obama, Wall Street, the Federal Reserve and the other major central banks around the planet will continue to mock the idea that a major collapse is coming for as long as they can.

But when the day of reckoning does arrive and crisis coming knocking at their doors, what will they do then?

1 Thessalonians 5:3 For when they say, “Peace and safety!” then sudden destruction comes upon them, as labor pains upon a pregnant woman. And they shall not escape. The world is being primed for the emergence of the antichrist, this is why all these things are happening financially because the world must come to a place where they are crying out for a saviour. All it takes is for one person to start the ball rolling who will say, ‘We need someone who will get us out of this mess!’, and others will follow suit. And then at the appointed time, he will put in his appearance. This is why the people of God must be vigilant. I attend a church that does not preach about the end times and so many are ignorant of what is about to take place; this angers me for they will not be prepared to handle the persecution that will occur. My pastor believes in a pretrib rapture and it is because of this fallacy that many will fall away. I used to believe that until God began to open my eyes and then when I stumbled on this website I gave a huge sigh of relief. Forewarned is forearmed!

I think it’s very telling that the Fed continues to refuse to raise rates.

I don’t for a moment think that there has been any kind of recovery. Every now and again I meet somebody who wants to tell me how Obama has ‘cleaned up’ the ‘mess’ that the former President evidently left behind. I just smile and give them 45 cold hard facts that prove we haven’t recovered from anything. In fact, we are worse off than we were back in 2008. It’s amazing what people will believe these days.

What still amazes me is how articifically high the storck market is even today. Without the Holy Spirit’s discernment, it gives such a superficial “all is well” picture. What I thought would be a fairly steady decline, starting in mid-Sept has become an odd “bubble” if you will. It also gives many who thought things would go “SPLAT” in Sept some false illusions that all of the “hub bub” about Sept was just some more “prophetic nonesense” (when truly many things have happened, if one just digs a little deeper and uses discernment). Thank you for sharing this post.

I pray the Christians in America wake up! God has given us plenty of warning thanks to his mercy & grace. Thank you and James for trying to prepare the body of Christ.