You are here: Home » News » Jesuit Agendas » Health Care News » Vaccines » “I want my friends [in healthcare] to notice something is wrong and not to just say, ‘get it, trust the science.’””
Share this post: 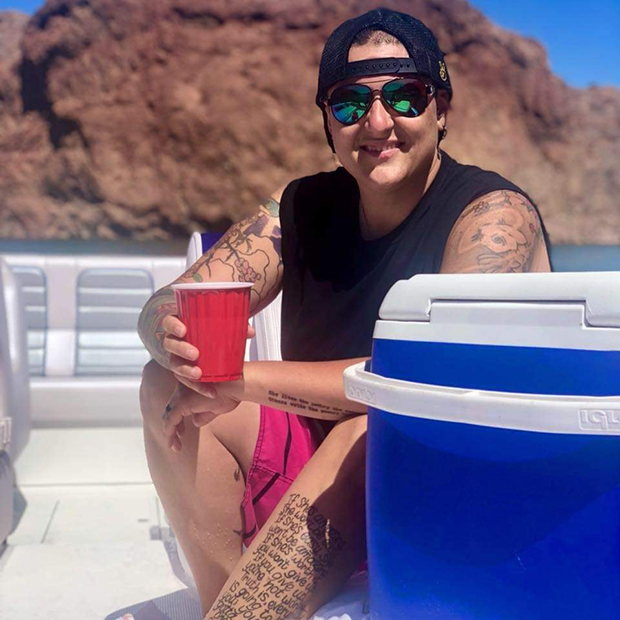 Danee works in the medical field as a respiratory therapist. She made the decision to get the Pfizer “vaccine” in December, and then again in early January.

She immediately developed a severe headache, cough and fever that kept her home for ten days before she was able to return to work (following a negative coronavirus test). Her cough and fever had subsided by then, but the headache had not. It became a constant and daily occurrence as the days and weeks rolled on.
“Headaches every day, all day.”

In April, she began seeking more answers and searching for help because it had gotten so bad. She went to the emergency room where doctors diagnosed her with migraines and prescribed her various medications (morphine, norco, toradol).

In May, she underwent CT scans and MRIs, all of which showed no sign of blood clots, tumors or bleeds but did nothing to explain what she was experiencing.

“There’s pressure on the inside of my head. It feels like my skull is cracking.”

In June, she began having trouble speaking and there were days that she struggled to walk. She developed tremors in her hands, and she realized she still hadn’t gotten a period since the first dose in December.

It’s July now, six months later, and Danee is no closer to getting the help that she needs.

Danee summed it up saying, “We as healthcare workers signed up to help people, but… we aren’t speaking up when we know something is wrong. I want my friends [in healthcare] to notice something is wrong and not to just say ‘get it, trust the science.’ I want you to be open minded that this is hurting people really, really bad. You owe people that.”

Listening to this video on Brighteon now.! Warnings 19 mins worth taking the time to listen

Its a complete tragedy what we are seeing and hearing.