You are here: Home » Prophecies » Islamic Jihad » House Democrats Attempt to Push Through First Sharia Law in America with HR 569
Share this post: 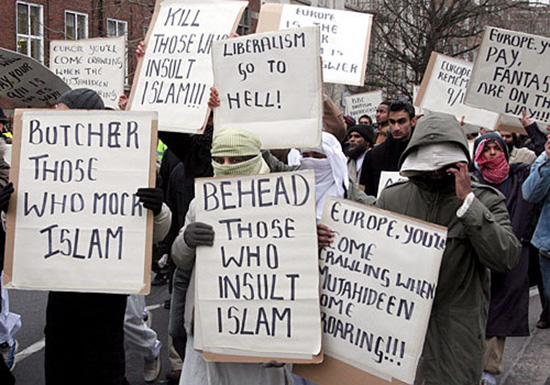 On December 17 2015, the last day before the U.S. House evacuated for their home districts, Democrats sponsored House Resolution 569. This bill condemns violence and bigotry against Muslims, and urges the Justice Department to find a way to prosecute anyone who raises alarms about Islam or Islamic militants. 73 members of the House have already signed on to this blatant attack on our first amendment right to free speech.

Nothing to be alarmed about? We should be very alarmed, not only by the content of the bill, but because 73 United States House members have already signed on. The level of spiritual blindness among our leaders is hard to believe, but true.

Bill Still provides an update in the video below: