You are here: Home » Prophecies » “There is a holy hush that I am inviting My people into. Be still, be silent and listen to what I am saying.”
Share this post: 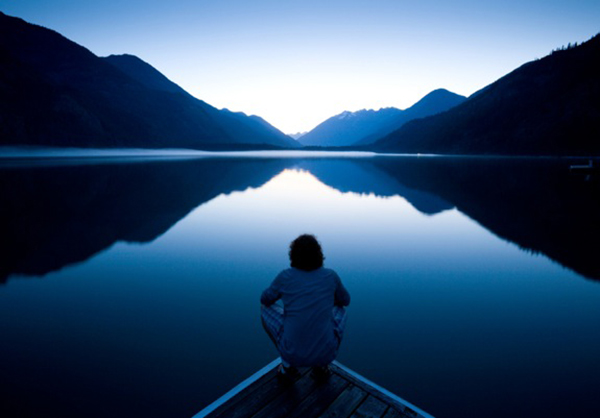 I have had quite a number of encounters with the Lord over the last month that are the deepest I have ever had and each one has had three very distinct themes.

There is a VERY deep invitation that is available right now where He wants to share His secrets and His wisdom on a level that we have NEVER walked in, but these secrets and deep wisdom are only being entrusted to those who are truly after Him and His heart alone. Those that minister to Him first and foremost.

I had a very deep dream recently and in the dream the Lord showed me that this invitation that is being extended right now is being found in the DEEP and HIDDEN places. In my dream, this door was found at the ocean floor, representing the VERY deep places. The door represented the ANCIENT PATHS (Jeremiah 6:16) and the NARROW gate. (Matthew 7:13)

This invitation was in the hidden place. It was the place of going deep in that hidden place to FIND HIM and His heart. In this dream at the ocean floor was a door and the sense surrounded me SO strongly that this door even though it is AVAILABLE to many, not all will find it. That door is found by those who aren’t promoting their own names, their own ministries, having no agenda to glorify themselves or walk in pride, but it is found by the HUMBLE. It is found by those who are truly seeking the heart of Jesus and to KNOW HIM and those whose YES to Him is their greatest priority.

What also struck me deeply in this dream was that in this place you are not ‘seen’ by others, you are only seen ‘by Him’. It’s a deep place in Him. To go to the depth and find this door of invitation, a dying to ‘needing to be seen’ has to take place. It’s the place of joy that is found in knowing that you are seen and loved by the One who is your greatest love.

I cannot adequately describe in words the DEPTH of His heart that I felt, the depth of His wisdom and revelation being released. The DEPTH actually took my breath away in the dream. There were no words for the depth that we are being invited into. This is a deep, deep time of maturing and being schooled by Him and being taken deeper into revelation of His Word. It’s a time to be in the Word and deep in the Word more than ever.

But the Lord showed me that there is a very real danger upon many right now of missing this door and missing this impartation that the Lord is releasing because they are “busy building”. I heard those words SO loudly “BUSY BUILDING”.

This is IMPORTANT to note. I want to explain this, the Lord is speaking about a spiritual busyness. We are called to be about what the Father directs, but we are not to be spiritually busy in order to just build our own platforms or do our own thing.

This is a time in this new era to build with the Lord, but right now, in this SELAH moment that the Lord has given us as the Church as a gift, it was not a time to ‘get busy building’, it was and is a time to be still and LISTEN.

The Lord spoke so clearly to me recently:

“There is a holy hush that I am inviting My people into. Be still, be silent and listen to what I am saying. Don’t rush to release My revelation or parade My revelation, for there is precious deep intricate revelation I am releasing to those positioned ministering to Me first. Listen more than you speak right now.”

Over the last week, I have had many encounters with the Lord where He has showed me that He is going to be looking upon the Church as we come out of this SELAH moment, who has really leaned in and listened to the Lord. Those who have taken the time to “come away” and “come aside” and really encounter His heart and hear what the Spirit is saying for what is to come, the wisdom NEEDED and REQUIRED to navigate the new days we have entered.

The Lord showed me that in this invitation into the depths we have never been in, in His wisdom and in His Word, He is releasing DEEP DETAILS of what He is going to do as we come out of this SELAH time and what ‘building with Him’ coming out of this time will look like and it is going to look VERY different to how it has looked before. The danger is, if you have not been positioned to hear and receive His wisdom for the new thing that He is going to do, then you will build as you always have. Not that how we have built before was wrong, it was good for that time, but God is now going to be building in a new way. There will be a new positioning, there will be a restructuring, and in some of the ways the Lord moves and builds will cause offense to many, if you do not have eyes to see and ears to hear and have spent this time with the Lord receiving His heart and His wisdom for what is to come and what it will look like. (James 1:5)

“He changes times and seasons; he removes kings and sets up kings; he gives wisdom to the wise and knowledge to those who have understanding; he reveals deep and hidden things; he knows what is in the darkness, and the light dwells with him.” (Daniel 2:21-22 – ESV)

Friends, the crossover HAS happened. The Lord showed me very clearly that the FRUIT of this SELAH TIME is going to be VERY evident when we come out of this time. This divine SELAH moment was a time of significant alignment, a time of purification, a time of repentance, a time of going deep.

This is a time to draw close to the Lord, and not ‘fill the space’ with busyness, but this is a time to truly seek His heart and those that are, are entering into a place of the deepest revelation and INTRICATE DETAILS contained in His wisdom of building with Him in this new era.

This is what the LORD says:

“Stop at the crossroads and look around. Ask for the old, godly way, and walk in it. Travel its path, and you will find rest for your souls. But you reply, ‘No, that’s not the road we want!’ (Jeremiah 6:16)

Let us be positioned to ask for the old, godly way and walk in it and let us be those who EMBRACE that road.

Thank you for this powerful message.

Amen, Sister Lana. Very significant word for those who are truly listening.

Thank you so much for sharing sister. Praise the Living God! Our yes and amen are in Him! Thank you JESUS!! Amen.