You are here: Home » News » Jesuit Agendas » Political News » History Appears to Be Repeating As Trump Makes References to Lincoln
Share this post: 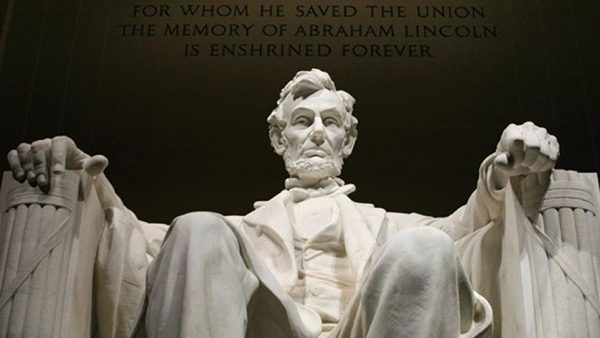 During yesterday’s inauguration ceremonies, President Trump made specific references to President Abraham Lincoln. In many ways, history appears to be repeating itself as America faces similar challenges today as we faced then.

The night before the inauguration, Trump made a speech from the Lincoln Memorial. Afterwards, the U.S. Marines Choir sang The Battle Hymn of the Republic, which was written in 1861, at the start of the Civil War. How wonderful it was to hear a song played which honors God, and even more wonderful to know Trump chose it. The 7-minute video clip is shown below. After the song, Trump and his family walked up to Lincoln’s statue and showed their respect.

As Trump took the oath of office, he put his hand on the Lincoln Bible. Then he gave his inaugural speech, which sounded like Lincoln’s Gettysburg address in some of his key points because both stressed power belongs to the people, not to government. Trump said it this way:

January 20 2017 will be remembered as the day the people became the rulers of this nation again.

Lincoln said it this way:

“that this nation, under God, shall have a new birth of freedom—and that government of the people, by the people, for the people, shall not perish from the earth.”

Lincoln was known as a man of faith, calling on God for help and guidance. Trump does not share that reputation, but appears to be moving in that direction as he has surrounded himself with many devoted Christians in his Cabinet and advisory teams, including Franklin Graham, Paula White, and Rodney Howard-Browne.

Not since the days of Abraham Lincoln has America been as divided as we are today. Lincoln saw the nation endure great suffering, but ultimately succeeded in uniting us again. The cost was extremely high as 620,000 were killed and another 476,000 injured (Source: Civilwar.org). Far more Americans were killed in the Civil War than any other war in our history. Ultimately, even Lincoln was a casualty of the war, assassinated just three weeks before the war ended (Source: Wikipedia).

Trump has promised to make America great again. In my opinion, that might be possible, but not the way most people are expecting. Like the days of Abraham Lincoln, uniting our nation will take more than eloquent speeches. It will likely require a high price to be paid. In that context, the Battle Hymn of the Republic takes on a whole new meaning.