You are here: Home » Prophecies » His Goodness and His Love that Will Be Revealed to You is Going to Leave You Undone 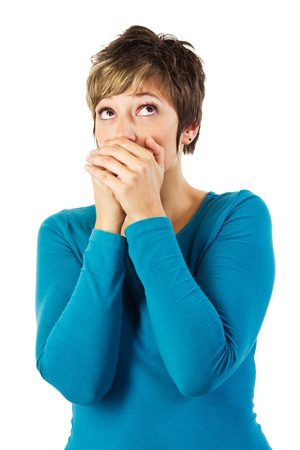 There is a great transition taking place right now in the body of Christ where the Lord is moving His people from any places of wondering what’s going on and feeling like they are wandering aimlessly without direction and in darkness, to a deeper place of living in wonder.

The Lord is quieting fears with His love. He is settling concerns, He is bringing clarity and releasing answers to questions that are melting confusion away.

There is a very strategic attack upon many of God’s people right now to bring them to a place of such confusion that there’s a temptation to entertain doubt, to lose direction because of this confusion and to hinder vision.

This strategic attack is coming against many of God’s people, leaving many feeling like they are ‘stuck’ or ‘not moving’. This confusion has come against many ‘out of left field’, leaving many questioning what they have heard God say in the past. It has brought questions of whether what was even heard was the Lord, and now the fear and questioning of whether they are moving in obedience or not.

Not only is He going to CONFIRM and REAFFIRM to you what He has said, which will bring great peace, and break off this assault of confusion, fear and attack on your peace, but open up greater revelation of His promises and plans in these very areas.

This confusion is taunting many with “your stuck” and “missing it” but the Lord is decreeing as you continue to stand and press in, the exact opposite is true. You are MOVING, GAINING GROUND and OVERCOMING!

VERY SOON the things that have taunted you, harassed you, tormented you, confused you and left you in a place of grief, pain, wondering and wandering, will be a DISTANT MEMORY! You will KNOW THEM NO MORE! All you will know is the WONDER of who HE IS, His love, His goodness and kindness to you.

The area where this assault of confusion is hitting, where the confusion is attempting to poison you, the Lord is POSITIONING YOU to CATAPULT you, and releasing HIS FIRE to bring INCREASE to these areas.

The COMMON DENOMINATOR of this confusion attack right now, is that it is speaking about “SUBTRACTION”, where the Lord is decreeing and speaking “MULTIPLICATION” and “INCREASE”.

Be encouraged, where the confusion is shouting “SUBTRACTION”, the TRUE REALITY is, YOU ARE moving into the next realm of “MULTIPLICATION” and “INCREASE” in what He is doing IN YOU, THROUGH YOU, what He has FOR YOU and what He has CALLED YOU to.

2 Corinthians 9:10-11 (NKJV) 10 Now may[a] He who supplies seed to the sower, and bread for food, supply and multiply the seed you have sown and increase the fruits of your righteousness, 11 while you are enriched in everything for all liberality, which causes thanksgiving through us to God.

Hebrews 6:13-15 (NKJV) 13 For when God made a promise to Abraham, because He could swear by no one greater, He swore by Himself, 14 saying, “Surely blessing I will bless you, and multiplying I will multiply you.”[a] 15 And so, after he had patiently endured, he obtained the promise.

This is so beautiful Lana, Thank You and Praise the Lord for his Grace and Love! It is another perfectly needed word at the right time. I receive and take to heart this most encouraging word!

Your words are directly from the Lord. I know my God and he is speaking to you. His voice, his love, his words, I recognize them in your messages. Every single time you have posted something, his spirit within me resonates and recognizes and accepts it as TRUTH. Blessed be your God Lana! Continue to be a vessel of the Lord. My prayers for you are ones of clarity and meekness. May the Lord remove anything that may be confusing you or clouding your judgment Lana. May your spiritual eyes and ears be opened even more than they are. May his voice be the loudest and clearest voice in your life. I pray against any demonic, evil and occult assignments sent to you. I rebuke them in the name of Jesus. Thank you for sharing your truly God inspired word. Thank you and may you continue in your work as a faithful servant of the Lord.

This is a true word of God. Very much like a picture puzzle I am seeing a lot of the pieces coming together to give a fuller picture of what is happening in our day and age. And especially the power and authority He had delegated to us. It was always part of our inheritance but so few of us believed it and used it but that is rapidly changing.
I praise you Lord Jesus!

amen! True word of God like all of Lana’s posts

Thank you releasing this word Lana.

The streams of life that I bear are all lost in the ocean of God’s Love.

God is speaking to me about the power of His love for us. Yes, Jesus went about healing all those that were oppressed by the Devil, but what really healed them – God’s Love, Anointing and Power!

There is a breakthrough into the Light once we understand that God’s Love is the Pentacle. All else flows from His love towards us and creation. God’s love is First and Last. There is nothing higher than God’s love.

Love makes a path through the darkest night, and even the valley of death.

Ephesians 3:17-19 (NIV)
17 so that Christ may dwell in your hearts through faith. And I pray that you, being rooted and established in love, 18 may have power, together with all the Lord’s holy people, to grasp how wide and long and high and deep is the love of Christ, 19 and to know this love that surpasses knowledge—that you may be filled to the measure of all the fullness of God.

John 3:16 (NKJV)
16 For God so loved the world that He gave His only begotten Son, that whoever believes in Him should not perish but have everlasting life.