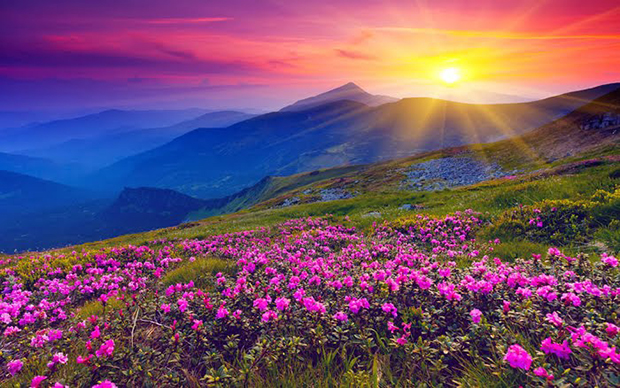 Over the last week, I have been taken into an encounter after encounter with the Lord where He has been speaking to me about health, healing, wholeness, freedom, and refreshing over the battle-weary saints right now. I have released a number of words in the last few days at the prompting of the Holy Spirit because He is wanting to deeply encourage those wounded warriors right now that there is a mighty move of His hand upon them to bring a refresh, reset, and realignment.

As I sat with the Lord this morning, I was taken into an encounter with the Lord where He showed me a ‘word’ that was over the lives of many of His children right now.

I heard His voice THUNDER and He said: “RESTORED”.

The hand of the Lord coming in power and strength to bring the most miraculous REALIGNMENT and RESTORATION that these ones had ever seen.

What struck me was not only the depth and demonstration of restoration that was taking place but that the restoration was MULTI-FACETED. It wasn’t just in one area, this was almost like a domino effect of restoration by the power of the Lord. I have had many words over the last year and a half about this being the era of the reintroduction of the power of God and how we are going to see that manifest in NUMEROUS ways in this new era, but one of the ways I believe God is about to demonstrate His power is through the miraculous restoration that is bursting forth. There will be NO OTHER EXPLANATION for this restoration but that it was the POWER of Almighty God.

“Then He said to me, “This is the word of the Lord to Zerubbabel: Not by might, nor by power, but by my Spirit, says the Lord of hosts.” (Zechariah 4:6)

I heard the Lord say, “COMPLETELY restored, COMPLETELY transformed.” This level of restoration that the Lord is bringing is not ‘partial’ restoration, this is a complete restoration and complete transformation. Lacking in nothing. Overflow. Abundance.”

RESTORATION OF DREAMS IN THE NIGHT HOURS

The Lord showed me there has been such an intense battle over many believers ‘dream life’ in this hour. You have gone from hearing the Lord in your dreams and receiving revelation and direction, to dreams that are confused, dreams that bring fear, dreams that cause deep unrest and have left you not only feeling physically exhausted when you wake in the morning hours, but it has left you discouraged as you wonder what has happened.

The Lord showed me that He is breaking the battle over dreams and there is now a divine RESET taking place over the lives of many believers in their dream life as the Lord ushers them into a new realm of revelation and understanding.

Where there has been a battle over your dreams, the Lord is not only breaking the battle, He is bringing you into a deeper place of understanding and discernment received in the night hours through the power of the Holy Spirit. The Lord is going to begin giving you greater insight, direction, and strategy for this year and a new era in your dream life, but it will be on a scale that you have not operated in before.

The Lord showed me in this divine reset that is taking place over many believers and their dream life, His Word is coming like thunder and lightning to separate between soul and spirit. For many have been in a battle over their dreams in the night hours because of the battle that has been taking place in their hearts and the enemy has used those areas of disappointment, trauma, and battle-weariness to bring confusion and unrest in the night hours. BUT GOD!

He is coming with a clear word from His heart to the hearts of these ones that will not only bring HEALING to hearts AS they sleep but also a greater discernment will burst forth within them to recognize that which was from their soul and that which was being revealed and spoken by the Holy Spirit.

I hear the Holy Spirit saying “THERE WILL BE REST IN THE RESET”.

RESTORATION OF JOY IN YOUR ASSIGNMENT

The Lord showed me that through the battle many have endured over the last while, they have lost their “joy” in what the Lord has called them to do.

There has been a strong feeling of ‘burnout’ and ‘hopelessness’ because of the battle, but the Lord is going to RESTORE the JOY again to that which He has called you to. How? I saw deep encounters with Jesus taking place where the Lord will remind you again of who He is. He will remind you again of the hope of your calling, the joy of what you have been assigned to, and the place of rest in Him in the deep place of intimacy that refreshes your heart and soul and brings you back to the place of joy in partnering with Him in what He has called you to do.

The enemy has fought HARD to have many of you “weighed down” by the battle and to be “overwhelmed” by the warfare and difficulty of the assignment, but the Lord is going to remind you of His grace, His empowerment, and that it is by HIS SPIRIT that you accomplish that which He has asked you to do.

There is such a deep place of rest I am seeing coming upon you for your assignments and new assignments the Lord has for you in this new era. It doesn’t mean there won’t be warfare, but the restoration of JOY in partnering with Jesus in all He has for you to do in the earth is going to refresh your heart and strengthen you afresh.

The Lord is wanting to deeply minister to your soul. It’s a deep restoration, a deep refreshment, a deep reset and revival from WITHIN that is going to change how you do things in the natural and the outworking of your calling.

“THEY ARE COMING ALIVE AGAIN in all that I have for them to do! Oh, the JOY and LIFE that they will find again in partnering with Me and the new things I have for them to do in this new era. The enemy may have come fiercely to weary them, but the supernatural empowering restoration of My spirit is going to not only bring them back to LIFE in their calling and anointing but their capacity ‘to do’ with Me in this new era will MAJORLY increase. The JOY that I am restoring to them in the deep place of intimacy is not dependent upon anything in the natural realm, it is found in this deep well of intimacy with Me. The battle has hindered intimacy with Me for many, but I am their Beloved, I am their Avenger, I am their Defender, and I am here to restore, I am here to revive, I am here to resurrect, I am here to realign, I am here to BREATHE MY LIFE into them again. It’s time for these ones who have lost the joy of their assignment to be RESTORED to JOY and delight in partnering with Me in such deep ways.”

The Holy Spirit continued to whisper:

“As this restoration of JOY in Me and their assignment takes place, I am bringing them into a new realm of CREATIVE DOWNLOADS in their assignments. Creativity will begin to explode as I show them the new ways of building with Me, the new ways of partnering with Me creatively in this new era in their assignment ERUPTS into their lives from My heart. I am going to completely revamp things with My creativity in their assignments right now and for this new era, and the CREATIVE DOWNLOADS they will receive from encountering Me and My heart is going to restore such JOY in the assignment. I am releasing creative strategies to them on such a deep level, many will look and say, ‘WOW, that is so fresh, it’s so NEW, I have NEVER seen that before.’ The anointing will be so thick and so heavy, so fresh, that it will be VERY clear that it has been birthed out of My heart and the throne room of heaven. Implementing in obedience the creative strategy and downloads that I will release will not only see the power of My Spirit move to impact and change lives on a scale that has never been seen, but it will draw in the harvest in such unprecedented ways, salvation will EXPLODE all around.”

“My people, as My creative strategy is released from My heart, take it and run with it in the ways that I lead you. The ‘never been done before’ creative strategies will require bold faith and courage, but do not be afraid, for where I guide, I provide, and My favor will explode upon your obedience. Listen not to the ‘naysayers’, follow My voice and direction, and you will see the most incredible demonstrations of My creative power within your assignments and through your assignments in this hour. Oh, the joy set before you in partnering with Me in the new things I have for you. You are about to see what a creative God I really am.”

Excellent encouraging word, Lana. We all need to hear this. Thanks for sharing.