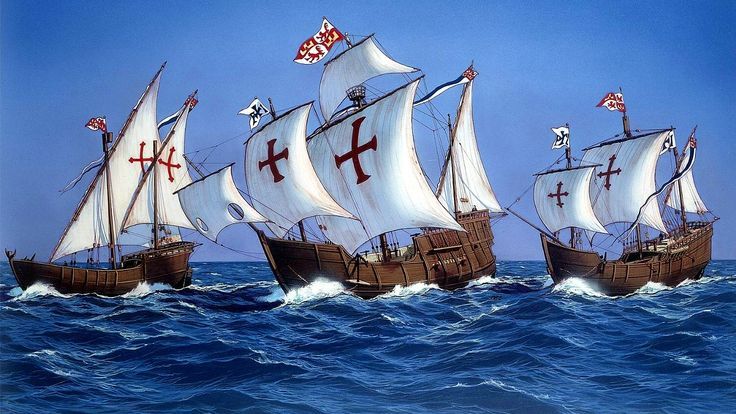 I wanted to share this vision I had this morning at 3:11 am, as it was so encouraging (in this bleak time)!

When I awakened, I immediately saw a vision of four tall sailing ships that all looked like the Mayflower, sailing swiftly side by side on a beautiful ocean, which I knew was the Atlantic! There were bright rays of sun shining around the ships, and they were in sync with one another and on a mission!

As I watched, I felt joy and exhilaration; it was so refreshing! Then, I saw a scene in the heavens above the ships and the sky was filled with the angels of God, all surrounded by bright light, which was the source of the rays of light around the ships. The angels were flying over the ships as if they were guiding them and I knew the ships were heading towards the northeastern coast of the United States.

I was given the understanding that God is sending the TRUTH, by DIVINE INTERVENTION, and the four ships represent the NEXT FOUR YEARS as the TRUTH will be REVEALED about many things to that region of our nation!

I believe this DIVINE INTERVENTION is due to THE RETURN of God’s people to Him and the PRAYERS of so many people for the United States!

Sandra, love the truth! Truth! Truth! and Mayflower ships coming to America. The ships are propelled by winds of Truth!

Truth! is most important, to burn away the dross in our lives.

Burn away all the parts which are not of God and will not stand, only corrupt, the pure gold remains.

The encouragement of this vision is like a blast of fresh air to the mind. These years of govt lies and half truths that cause confusion have been so wearing. Godspeed to its fulfillment!