You are here: Home » Prophecies » I hear the decree of heaven resounding like a trumpet, “GAME, SET, AND MATCH!” 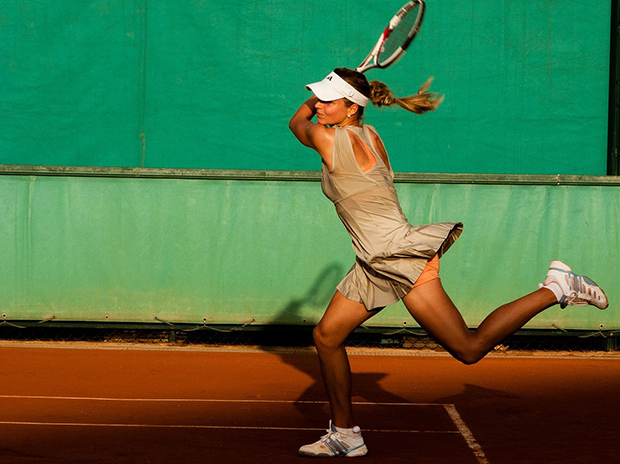 I recently had a vision of a tennis match being played. Five sets had been played and it was a very long game that had gone on for a long time. It was up to match point and had been going between Deuce and Advantage for the longest time.

Prophetically this picture was speaking of the threshold place where we stand before a breakthrough and it can sometimes feel like we are about to breakthrough, only to feel we have yet had another delay or backwards step. Sometimes this can go on for years.

Many have been back and forth from Deuce to Advantage like in the tennis match, but have felt frustrated and weary because the game has just been so long. But the Lord, by the wind of His Spirit is and by His strong arm of victory has come in and is saying this is the last play and is pushing you over from Advantage into VICTORY! I hear the decree of heaven resounding like a trumpet, “GAME SET AND MATCH!”

The Lord often uses everyday examples in my life as a metaphorical prophetic allegory to prophesy what the Lord is doing with His people in certain seasons. So a few days ago, I was sitting on my back porch having my morning coffee and time with the Lord in prayer and my attention was fixed on my back garden. I heard the Lord say, “It’s time to weed this garden”.

I knew I was in for a prophetic lesson. So the next day, my daughter Anastasia comes to me and says, “Mum, I want to spend some time with you”.

I said, “Okay, so what do you want to do?” I was thinking she would say coloring in or something to that effect, but to my surprise, she blurted out, “I want to do some weeding!”

Shocked, I looked at her and said, “Sure, let’s do this!”

I knew God was all over this, ha ha! The Lord often uses her to align with decrees of heaven in seasons. And this time was no different. Sos we began to clean up the garden.

Now there is something you must understand about my garden. We have lived in this particular house for just over 8 years, and the entire time we have lived here, we have had a certain vine weed that we have never been able to get rid of. Its’ roots are very deep and very strong, too strong to pull out by hand, and it is a nightmare with strangling other plants in the garden and it grows so fast and spreads roots to other areas of the garden. We haven’t wanted to spray this weed so as not to kill off all our other beautiful plants. So we have just maintained it by cutting it back etc. (I’m not a green thumb, expert gardener by the way, so that just seemed the only thing to do at the time).

But this time was different because I actually heard the Lord say, “Anita, pull it up from its roots, this time it will come out”.

Now we have had a lot of unusual amounts of rain this winter, and the rain has moistened the ground. So away I went, I searched and discovered the roots of these particular weeds because the vine just grows everywhere so you have to trace it to the root. So I started with my first one and with a little bit of elbow grease and effort it came out by the roots!!!!!

I was elated! For 8 years this had not been possible. And the Lord began to say to me,

“Anita, now is the season where I am raining my presence on My people’s lives, saturating their hearts, softening hard ground where strongholds have laid for long periods and in some cases for generations. But now is the time that those strongholds are coming up by the root, those things where My people have not been able to get victory over or have had in their lives as a hinderance trying to choke off their destiny and calling and intimacy with Me, I am causing them to come out by the roots!”

A SEASON OF MANIFESTING THE “UNPRECEDENTED”

For a few weeks now, I’ve been hearing the word UNPRECEDENTED”. The Lord has been showing me we are now entering the season of achieving and going beyond things which have not yet been accomplished or discovered.

The Lord is equipping His people with power to inherit and possess all of that which He has promised them in Unprecedented fashions.

“Do not [earnestly] remember the former things; neither consider the things of old. Behold, I am doing a new thing! Now it springs forth; do you not perceive and know it and will you not give heed to it? I will even make a way in the wilderness and rivers in the desert.” (Isaiah 43:18-19 AMPC)

In order to expect the unexpected according to Isaiah 43:18-19 you must forget the “old way” and you must have “new eyes to see”. The Lord is birthing your breakthrough in a “new way” just in the same way He said to the children of Israel to leave space between the ark of the covenant and the people when they were crossing over the Jordan River. They had “never gone this way before.” (Joshua 3:4)

We must understand in order to inherit and go into the land to possess it, it is not done with the old strategies but with the new, so we must have fresh eyes to recognize and perceive the new thing. Otherwise we will stay and perish in the old. So today the Lord says, “Open your eyes and open your ears to the new and unexpected and watch Me move on your behalf in unprecedented proportions and measures of My Spirt.”

For the last several days 1 Cor 10:4&5 has been on my heart. For the weapons of our warfare are not carnal, but mighty through God to the pulling down of strongholds; casting down imaginations, and every high thing that exalteth itself against the knowledge of God, and bringing into captivity every thought to the obedience of Christ. I believe the Holy Spirit is confirming Anita’s message through this scripture. Praise God. I believe we are at a time where we need deep revelation of God’s answer to every stronghold. I would also like to share a dream I had about 3 years ago, but am now only understanding it. Marcio’s comment about us being bruised and battered has encouraged me to share it. This dream gives evidence of existing strongholds that creep in. The dream started with me driving my car on a very winding road. I was driving my car too fast and went right off the edge of the road and went directly into dark colored water. Basically, the water was on both sides of the road and was the same dark color as the blacktop road. Once I drove off the road into the water my car started filling up with this dark water and I looked out of the front window of my car and saw many pigs swimming towards me. That was where the dream ended. I now understand that God was warning me and maybe others that if we are not careful we will go off His narrow path and fall in a ditch. I believe this is what happened to me. Reading so many prophetic words about judgment caused me to lose sight of the goodness of God causing me to go in the ditch. Now looking back I believe many of… Read more »

I agree, we need to be encouraged and built up in our faith, even in the warnings, so we need both with a balance between them. I don’t think that negates previous warnings though because the messengers were just attempting to share what they received. We only see in part and know in part, but hopefully we’re learning and growing.

Agreed James. Thank you for clarification.