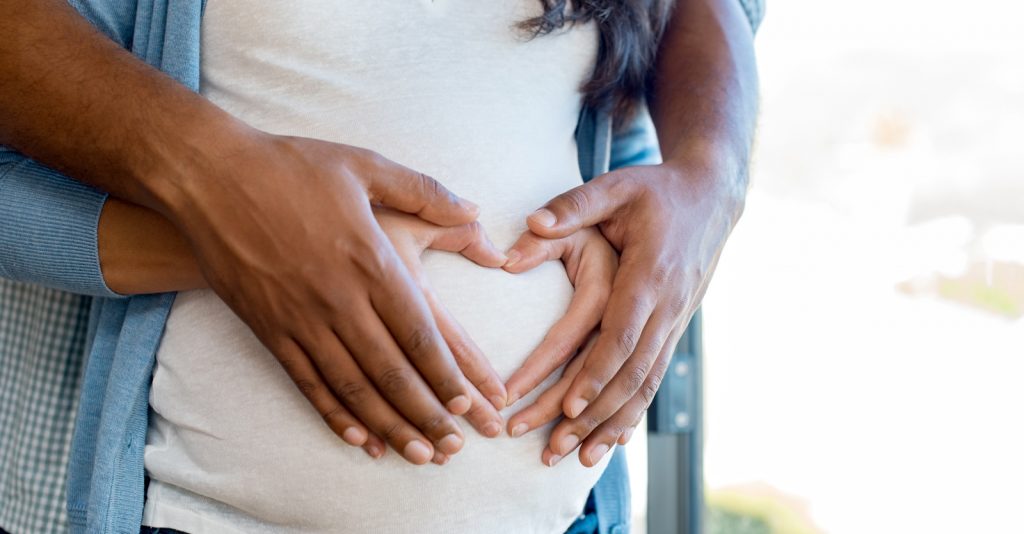 With no data showing COVID vaccines are safe for pregnant women, and despite reports of miscarriages among women who have received the experimental Pfizer and Moderna vaccines, Fauci and other health officials advise pregnant women to get the vaccine.

In December, the U.S. Food and Drug Administration (FDA) granted Emergency Use Authorization to two messenger RNA (mRNA) vaccines against COVID-19. Because the unapproved vaccines’ status is investigational, anyone who gets an injection (whether they realize it or not) is agreeing to participate in an ongoing experiment.

Recognizing that there are many unknowns, many Americans have refused the experimental jab, including members of the armed forces and healthcare workers, but with one notable exception: healthcare providers who are pregnant.

Even without data from Pfizer or Moderna sufficient “to inform vaccine-associated risks in pregnancy,” expectant doctors, nurses and others appear eager for the shots, perhaps influenced by the American College of Obstetricians and Gynecologists, which states that neither a conversation with a clinician nor even a pregnancy test are necessary prerequisites.

Do these individuals know that as of Feb. 12, the Vaccine Adverse Event Reporting System (VAERS) had already received 111 reports of adverse events experienced by women who were pregnant at the time of their Pfizer or Moderna injection?

The first such report was submitted Dec. 22, just 10 days after authorization of the Pfizer vaccine. Nearly a third (31%) of the women had miscarriages or preterm births, which occurred within as little as one day of injection — the majority after a single dose of vaccine.

The descriptions of miscarriages and premature births accompanying the VAERS reports are tragic and hair-raising.

For example, a 37-year-old who received her first dose of the Moderna vaccine at 28 weeks of pregnancy, just after an ultrasound showed a healthy placenta, was discovered to have “significant placenta issues just one week later.” A repeat ultrasound showed that the placenta had “calcified and aged prematurely,” leading to recommended hospitalization for the duration of her pregnancy.

A 35-year-old, also vaccinated at around 29 weeks of pregnancy, “noticed decreased motion of the baby” two days after receiving the Pfizer injection. The following day, “the baby was found to not have a heartbeat.”

At least some of the individuals submitting these reports — taking stock of the tight temporal relationship between vaccination and adverse event — clearly judged it premature to rule out vaccine causality, especially in cases where the women were otherwise healthy and taking no other drugs or vaccines.

Nonetheless, in unsupported statements parroted without question by the media, Dr. Anthony Fauci claimed on Jan. 21 and again on Feb. 3 that “no red flags” had surfaced for vaccinated pregnant women.

Bizarrely, Fauci’s January comments indicated that 20,000 pregnant women had received COVID vaccines, while in subsequent remarks, he halved his apparently off-the-cuff estimate to 10,000.

Fauci’s willingness to make light of potential COVID vaccine risks for pregnant women, only two months into the rollout of experimental vaccines, defies logic. Fauci is not only the Biden administration’s chief medical advisor but the longtime director of the National Institute of Allergy and Infectious Diseases (which holds patents and will receive royalties for the Moderna vaccine).

Fauci surely knows that without substantive data — including birth registry data, medical records and complete information about all trimesters of pregnancy and birth outcomes for all of the vaccinated women and as-yet unborn babies receiving the unapproved vaccines — it is impossible to claim that risks are either known, or that they even have been evaluated.

Moderna’s fact sheet states that the company is enrolling vaccinated women into a “pregnancy exposure registry.” The University of Washington is doing the same for COVID vaccine recipients who are either “pregnant, postpartum, lactating and/or contemplating pregnancy.”

However, neither entity is anywhere close to being able to issue pronouncements about their findings.

Hands off no more?

Historically, pregnant women have been cautious about getting vaccinated or participating in vaccine clinical trials. In turn, vaccine developers have excluded them from trials, acknowledging the difficulty of tallying risks versus benefits.

Documented risks of vaccination during pregnancy include miscarriage as well as neurodevelopmental problems arising from maternal immune activation (an inflammatory response in the mother that can harm fetal brain development).

However, as psychiatrist Peter Breggin has written (describing the seven-decade-old branch of public health science focused on fear appeals), behavioral scientists know that “fear is a powerful motivator and can drive humans to be more easily manipulated into doing things they would ordinarily resist doing.”

Understood in this context, it is easy to see how two decades of badgering from the pharmaceutical-industry-funded and Gates-funded media about exotic health threats — including H1N1 influenza in 2009, Zika in 2015-16 and now COVID-19 — might wear down the protective instincts of mothers-to-be, and especially those of younger women with less life experience.

In addition to capitalizing on the media attention created by sporadic epidemics, public health officials and vaccine manufacturers have also successfully used outbreaks of illnesses like influenza and pertussis as wedges to spur a “paradigm shift in vaccine research and development as well as … policy regarding immunization in pregnancy,” according to “Who’s the Target? Mother or Baby”?

In the mid-2000s, the Centers for Disease Control and Prevention (CDC) stirred up concern about flu and pertussis and aggressively stepped up its recommendations for routine vaccination of pregnant women.

As a result, roughly three out of five American women now receive either influenza or Tdap (tetanus, diphtheria and acellular pertussis) shots during pregnancy, while two out of five receive both.

Studies of influenza vaccination during pregnancy link the shots, some of which contain thimerosal, to vastly increased risks of miscarriage as well as autism.

And Tdap vaccines contain neurotoxic aluminum. While the developmental consequences of such widespread fetal exposure to aluminum can be suspected, they are difficult to pinpoint. That’s partly because most Tdap “safety” studies are short-term (and focus on pertussis disease rather than developmental outcomes) and also because babies immediately encounter an “absurdly high” load of aluminum in their early childhood vaccines.

However, placental tissues and miscarried fetuses display high concentrations of aluminum, and high blood aluminum in the mother is associated with a risk of birth defects.

The package insert for one of the leading brands of Tdap describes outcomes ranging from miscarriage to stillbirth, and major birth defects in women exposed to the vaccine before the third trimester.

In 2016, the 21st Century Cures Act established a Task Force on Research Specific to Pregnant Women and Lactating Women. With the task force in place, the National Institutes of Health (NIH) now appears willing to ignore the ethical principles that historically have required researchers to put special research safeguards in place for pregnant women.

Instead, virtuously advocating for “greater inclusion” of pregnant women in COVID vaccine clinical trials, the NIH is making the convoluted case that it is better to “protect” pregnant women “through research rather than from research.”

No sooner said than done: Pfizer and partner BioNTech just announced (on Feb. 19) the launch of a trial that will formally test their COVID vaccine in 4,000 pregnant women.

There are multiple reasons why pregnant women might question the push for “inclusion” — not least are the concerns about possible infertility outlined in a petition filed with the European Medicines Agency (EMA) on Dec. 1.

According to the petition’s authors — Dr. Michael Yeadon (one-time head of respiratory research at Pfizer) and Dr. Wolfgang Wodarg (former head of the German public health department) — there is plausible evidence to suggest that the spike proteins in the mRNA vaccines could trigger an immune reaction against syncytin-1, a protein “responsible for the development of a placenta in mammals and humans” that is “an essential prerequisite for a successful pregnancy.”

When a COVID vaccine recipient’s placenta has been verified through ultrasound as healthy and normal at the time of vaccination, but within a week shows up as “calcified” and prematurely aged, shouldn’t that raise a “red flag”?

The push to vaccinate all pregnant women also highlights another subtle and even more disturbing issue, one that is a central focus of a lawsuit filed in federal court in December. As the attorneys leading the lawsuit point out, “control groups are necessary to the scientific method” — and particularly essential when it comes to assessing both the short- and long-term risks of vaccination.

If regulators and an acquiescent public continue with the willy-nilly “experimental biological alteration of the human immune system” — not only vaccinating “cradle to grave” but also pre-cradle — there will soon be no healthy, unvaccinated group left to compare against those who have been vaccinated.

This story hits close to home because my daughter is six months pregnant with her first child. It is so sad to see how criminals like Fauci are getting away with murdering babies before they’re born by telling pregnant women it’s safe to get the vaccine. These facts prove he’s lying:

“… as of Feb. 12, the Vaccine Adverse Event Reporting System (VAERS) had already received 111 reports of adverse events experienced by women who were pregnant at the time of their Pfizer or Moderna injection.

The first such report was submitted Dec. 22, just 10 days after authorization of the Pfizer vaccine. Nearly a third (31%) of the women had miscarriages or preterm births, which occurred within as little as one day of injection — the majority after a single dose of vaccine.”

Can I just say, after I gave birth to my first-born the hospital gave me a DTap shot. Two years later I was pregnant with my second and the doctor wanted to give me another. I said, “no this is every 7 years and I just had one.” I refused and was forced to sign a form! They want to do this with EVERY pregnancy!

I recently had an appointment with a naturopath here in California, with the goal of applying for a vaccine exemption. At the end of the appointment the doctor told me neither he, nor ANY doctor in our county will sign vaccine exemptions. They know that the minute they do so, they will be investigated. It’s not a maybe…it’s a certainty. Feels like we are being hedged in on every side.