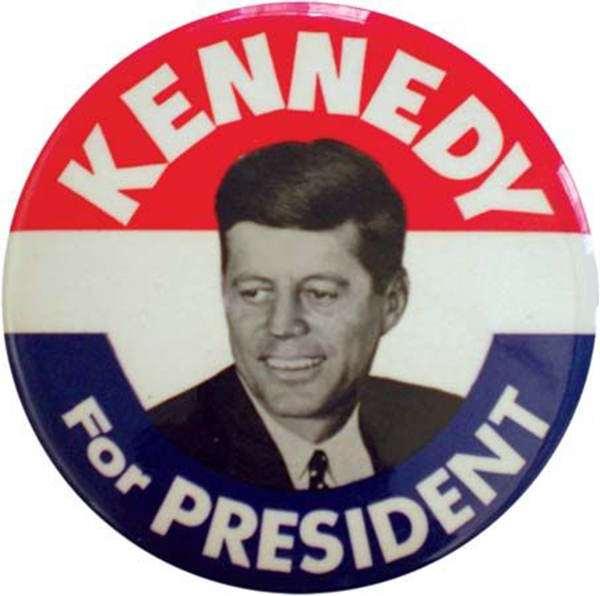 Since returning from my missions trip in the Dominican Republic, my spirit has been restless. There was such a major shift in the spirit realm, and I found myself under spiritual attack from all angles, just trying to reenter the US. Prior, I had only heard stories from believers, who lived and ministered abroad, of such encounters. Now, I was experiencing it for myself.

After several days of intense battle, and much prayer, I seemed to reach a peek on yesterday. No matter what I did, I couldn’t settle within myself. Finally, I called out to the Lord and asked, “What is it you want me to know…what am I missing?”

A sudden deep sleep fell upon me, and immediately, I went into a vivid dream.

The US was preparing for war…

I found myself a part of a military draft, and I was packing my things to leave. All my belongings had to fit in one duffel bag. The news was on every television station and radio. There was constant coverage regarding the war we were about to enter into. It was not revealed in the dream what triggered the war, nor who all was involved. However, the most interesting thing was that I kept seeing the acronym JFK.

Soon, it was time to go, and all who were drafted were shuttled to their forts in school buses. While on the bus, I sat next to a lady who seemed to know who I was. We began talking, and it was then that I realized she was a Christian. She kept saying, “It’s just like what happened to JFK”.

The woman continued by sharing her prayers to the Lord, and how she knew she was being prepared for times like this. When we arrived to our fort, we were escorted out to our bunkers. As we walked, I saw rows and rows of artillery and ammunition, along with missiles and bombs being polished and lined up by other troops. I walked passed a man who had taken several bullets and positioned them to make a design on the ground; it read JFK.

When we got to our bunkers, there were several TV’s that were on. They were all broadcasting the possible next steps of attack. The odd thing is that I felt calm in the dream, as if it was supposed to be this way. The only thing I kept asking within myself was, “What war was going on when JFK was alive?”

I woke up this morning and did a study on what status the nation was in during JFK’s presidency. I found that we were in the beginning stages of the Cold War, which included the Bay of Pigs, that lead to the Cuban Missile Crisis. I found this interesting, considering the fact the President Obama lifted sanctions on Cuba right before he left office.

Cuba is still allies with Russia, who, I don’t care how you try to paint it, is still a major threat to the United States.

In a video I did in March of 2014 titled, “A Dirty War is Approaching”, I talk about how I heard in the spirit that we were four steps to a nuclear war (shown below).

I know we are living in dangerous times. Just look around. There’s chaos and confusion everywhere you turn. And as I’ve always stated, we MUST make sure our ears and heart are fine-tuned to hear what the Spirit of the Lord is saying in this hour.

Take these things to prayer.

I believe what the Lord is trying to tell us with this statement “It’s just like what happened to JFK” –is that a similarity to what Trump is dealing with concerning Russia vs what JFK dealt with concerning Russia.
There are those who seem to be pushing for war with Russia, with the way the deep state, the hawks and global elites are antagonizing Russia it will be a miracle if we don’t go to war.
The same thing occurred with JFK. I put a link to an article that speaks of it. Can you imagine how unstable we appear as a nation right now to Russia and the world, with all this craziness? If a war does happen, it will be said “this should not have happened.” Heard that before…
The saints need to pray…We are ruling and reigning with Christ right now, lets actually start doing it church!

This is very interesting as well. Hard to believe ABC published this!
There’s nothing new under the sun.

Quote from article:
In the early 1960s, America’s top military leaders reportedly drafted plans to kill innocent people and commit acts of terrorism in U.S. cities to create public support for a war against Cuba.

The plans were developed as ways to trick the American public and the international community into supporting a war to oust Cuba’s then new leader, communist Fidel Castro.

America’s top military brass even contemplated causing U.S. military casualties, writing: “We could blow up a U.S. ship in Guantanamo Bay and blame Cuba,” and, “casualty lists in U.S. newspapers would cause a helpful wave of national indignation.” Read more at link.

Didn’t Mena get it wrong when she predicted that Obama would be the last president?

On July 9, 1850, Zachary Taylor died from acute gastroenteritis. … On April 12, 1945, Franklin D. Roosevelt collapsed and died as a result of a cerebral hemorrhage. The most recent president to die in office was John F. Kennedy, who was assassinated with two rifle shots on November 22, 1963, in Dallas, Texas.
Can’t shake the feeling there id a hidden message.

http://www.crf-usa.org/bill-of-rights-in-action/bria-23-3-b-cicero-defender-of-the-roman-republic If you read this you will see the similarity of the Rome republic and America today and how Cicero fit in. Ciceros spiritual beliefs are different from ours. Paul was used by God to share the Gospel effectively with this group of people. Paul is our example spiritually. There was civil war during this time in Rome. A leader rose up from within the goverment and tried to overthrow the government. I am not a historical expert. After praying I had a dream where I saw a Prophet of God standing on a stage speaking to the body of Christ. The Prophet said “I Cicero you!” I bind the enemy from harming the body of Christ with the shed blood of Jesus.” I place a hedge of protection around the body of Christ in Jesus name. There is a battle strategy here. Cicero taught the people how to give speeches. Our pastors give sermons. Paul and Jesus were great speakers as well. Our founding fathers used Cicero as an inspiration while writing the American constitution.

I was reading this and it made me remember what I heard about Pence. I don’t trust Mike Pence. Here is a snippet about Pence suspected of working with the “Deep State” to overthrow Trump and maybe this is what it means that it will be like JFK. Johnson became POTUS after Kennedy was assassinated. Johnson immediately reversed some of Kennedy’s executive orders concerning the bankers and of course. I think Pence may be like that same situation with LBJ. Just a thought. But here is the link…. at 38min. where Dave Hodges and Steve Quayle talk about Pence.

S.Y. thanks for the great link to the Dave Hodges – Steve Quail conversation, maybe the two smartest Christians on the web. I agree that Mike Pence can’t be trusted. He and Ryan let Trump down BIG TIME. Quail mention Duduman’s prophesy about civil war preceding the Russian attack and WE ARE JUST WEEKS AWAY FROM THIS!!! When the 600 sanctuary cities stop getting their checks from Washington IT WILL BE CHAOS, and this is what Terry Bennett has said also!!! I could feel Quail’s blood boiling and and mine is about 200 degrees. The French election is the 23rd of April and if Le Pen wins it will be all over for Europe.

https://themcc.org/blog/2014/09/17/cicero-and-christian-virtue-in-the-nt/ Cicero’s country was fell because it was taken over by an Emperor from within. After praying in my dream I saw a Prophet speaking to the body of Christ. The Prophet said “I Cicero you” to the body of Christ. There is a parellel of this time in history and what we are going through today. We can learn from Paul in the days of Cicero. I’m not a history scholar. This was shown to me in a dream. Our founding fathers were inspired by Cicero when they wrote the constitution. Cicero taught people how to be speakers. Of course we have different beliefs from Cicero as Paul had during this time.

http://st-eutychus.com/2013/cicero-and-paul-on-the-cross/ Apostle Paul a true believer verses Cireos. This shows how Paul witnessed to the people.

https://themcc.org/blog/2014/09/17/cicero-and-christian-virtue-in-the-nt/ Cicero and Christian virtue. After praying I had a dream where a Prophet of God was standing on a stage and he said “I Cicero you” to the body of Christ. Cicero did not have our Christian views. However he lived during a time where his country was in a similar situation as we are in here in America. His work influenced our founding fathers as they wrote the constitution. I’m not a historical expert. I am only sharing this because of this dream.

When I looked at this post the first thing that resonated with me was “JFK”.
It’s still on my mind today ; but from a very different perspective.
Since I have beeb alive; I can only recalled 3 Presidents that are referred to by their initials:
FDR
JFK
LBJ
I feel there is some type of connections.
What do they each have in common?
WAR
World war 2 and Vietnam.
I think there is MORE.
Your thoughts