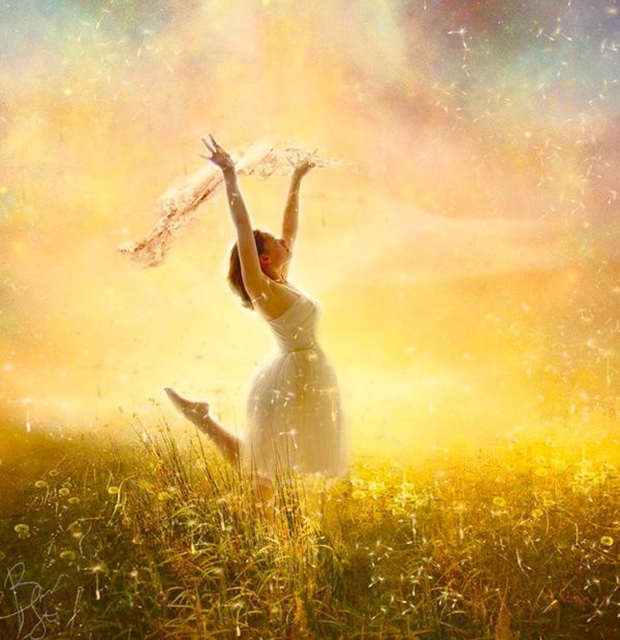 On August 5, 2019, the Lord said to me, “This is the great REVEALING!” I was reminded of Romans 8:19 and scriptures around it, referring to the revealing of the sons of God.

18 For I consider that the sufferings of this present time are not worthy to be compared with the glory which shall be revealed in us.
19 For the earnest expectation of the creation eagerly waits for the revealing of the sons of God.
20 For the creation was subjected to futility, not willingly, but because of Him who subjected it in hope;
21 because the creation itself also will be delivered from the bondage of corruption into the glorious liberty of the children of God.
22 For we know that the whole creation groans and labors with birth pangs together until now. (Romans 8:18-22 NKJV)

Sorry Marcio,
I don’t buy it. I don’t know why Lyn wastes time on this . There are so many other issues that have greater relevance to Christians,
Phil

That’s okay, Phil. Lyn has put out way over 800 videos for Christians to consider since around 2013. Presenting Biblically why Jerusalem is so important to end time Christians and dark forces, in one video, can’t hurt. God bless.

This dream talks about a sprirtual work and physical work God is doing in the church. The eyes of many in the church are been cleansed to see as God sees.
The other aspects of this vision ,is God has stated clearly in his word that we don’t need those MAKE UPS and LIPSTICKS .Psalm 139:11-17 AND 2 Kings 9:29-33.We must FELLOWSHIP with the HOLY SPIRIT for Him to REVEAL DEEP MYSTERIES to us and Tell us things we don’t know and have to LET GO.
The current church system has FAILED God ,left many HUNGRY and EMPTY of God,and that’s why the church needs a SERIOUS CLEANSING.

This dream was about “A Reveal”.

This was going to be A BIG EVENT (from what I understand).
I saw women were about ready to walk down “the ramp” to be “revealed” before “the audience”.
They looked extremely pretty (flawless to behold) and they were all ready to go walk down “the isle / the ramp”. They were all set to go and were doing some last minute preps before they would be called out.
I understood that these women were not common but some sort of “special” people and that they were getting ready to be presented before “an audience”. Then I saw myself among these women.
The entire focus of the dream now was on my face. I know I was wearing some sort of very detailed dress and my hair were already done. I saw myself looking in a hand-held mirror. I was just doing last minute checks on my face.
Now my view zoomed into the mirror. I saw my face in the mirror. I COULDN’T RECOGNIZE MYSELF. The face I saw in the mirror was too perfect to be mine and my hair were outstanding. No flaws or anything of the sorts. Hair were too perfect and I have never seen anyone do that hairstyle in my life ever. Not a single hair was out of place. I noticed I had no makeup on and I couldn’t believe how I could look so flawless and perfect without make up on me. I lack words to describe what I saw in the mirror but this is the broad essence of it. In my mind I wondered – What??? Is that me??? I don’t look so perfect and beautiful in the natural. Is that really my face?
I pulled out my purse to look for a red lipstick and about a dozen red lipsticks came out, each a different shade of red. I asked one woman which red lipstick do you suggest? She said you don’t need it, you are already “PERFECTLY READY” for “the REVEAL”.
I look in the mirror again and I noticed she was right. My eyes and face and eyebrows and lips looked so perfect and there was literally no make up on ME, neither did I need any.
Anyways as I lift up my eyes, a narrow door opens up and I see men stepping in.
The door was just wide enough for the men to step-through and they had to almost bend down (not kneel, only bend) to be able to get in through that door.
They also all looked so perfectly dressed and manicured. Their beards and hair looked perfect and they all wore different styles of formal suits (as if dressed for some business) and stepped in through the narrow door.
I realized that they had been assigned a different place where they were to get ready and after that they came over to be revealed on the same stage as us women.
I saw these men walked past by us and they stepped out from behind the curtain and walked down “the isle / ramp” and stood on the stage FIRST.
They were going down the ramp to be revealed to the audience FIRST. Women were to walk down the isle afterwards.
Women were still waiting behind the scene as men took their place.
Also, the ramp where we all were to walk to be “presented before the audience” was very narrow.
The backstage (preparation place) was also very narrow. There were no individual rooms to get ready in but a long narrow hallway.
The door through which I saw the men enter was also narrow and the gate through which the men entered was small in height (not as tall as men themselves).
The place where women were waiting behind the stage / ramp was also very narrow and that is where they were getting ready.
And I specifically remember everyone looking extremely “perfect” even perfect to the eye to look at.
I was then taken to front stage in my spirit.
As the men stood in the isle / ramp, I was standing behind them in the spirit. I saw their backs as they were facing “the audience”.
They stood there confidently facing the audience and then I looked at the audience and I saw – “pitch darkness”. I couldn’t see a single person on the other side but I knew that there were people sitting in the other side – in pitch darkness. It was not a guess but I knew it for sure.
I saw that these men and women were being prepared to be revealed to these people sitting in pitch darkness.
At the time of the reveal, the only light anywhere in the entire scene was the light on these people’s faces who were being revealed and all else was “PITCH DARKNESS”.
The Ramp, the Reveal, the Audience are specific words I have received in my spirit pertaining to this dream that is why I have put them in “quotes”.
In my spirit I know that the time is so close. All of us who are being prepared, we know it, we know the hour is urgent. We are so close to the time of “The Reveal”.
Keep praying, keep watching and cling on to Yashua ‘ha’Mashiach our only light in darkness.
Sister in Yashua,
Merab

I think that the ramp is an airline jetway ramp, the reveal is someone who is insecure about meeting someone for the first time, they are taking the red eye flight as it’s dark, and they feel like a “million bucks” of beauty or handsomeness-they are confident. The darkness in the audience is a warning that it’s not a good plan, they won’t be well received and maybe rejected by their mystery date-the “audience” or it will take them down a dark journey of heartache, or they won’t receive the person in the darkness well or they are taking the red eye flight because they didn’t want to meet in the daylight because it’s a secretive encounter that shouldn’t be happening. This is a warning for two people that are really planning this encounter. Or for one of these beautiful people that the other party has dark intentions to harm, not to prosper them.

Carolanne, I felt to share this song with you just before you shared ‘beauty for ashes’ in a comment so hope this song really blesses you. This has been one of my life songs.

Thanks, Jane. That was a lovely love song that brought tears to my eyes.

Am so glad that blessed you, this word may bless you also.
But I am trusting you, O LORD, saying, “you are my God!”. My future is in your hands …how great is the goodness you have stored up for those who fear you. You lavish it on those who come to you for protection, blessing them before the watching world…
From psalm 31

Ha. This is a great dream. Thank you for sharing it, i really enjoyed it. I was thinking yesterday when my beloved sends for me then I would like to get some work done on my skin to counterattack the work of sun, before he sees me. So funny. You know you have extreme crazy Faith when not concerned about the present impossibilities but of the practical and reality once the impossible occurs. But as this dream shows, the light and radiance of the Holy Spirit will be such that beauty will transcend the outward imperfections and will see as the LORD sees. Pitch darkness is not a place where the righteous dwell. The audience is made up of the rebellious and unsurrendered. Amazing picture of a company of men and women that are about to be revealed to each other and the world, and they will be perfect for each other.