You are here: Home » Prophecies » God’s Pillars Are Being Raised and Demonic Pillars Are Coming Down!
Share this post: 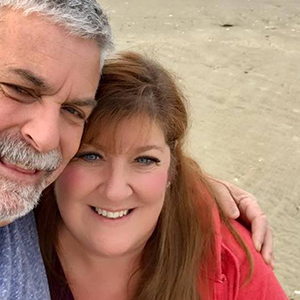 God has been speaking to me a lot the past few weeks about pillars. He showed me so many of His people that are being set as pillars in His house. The process of their preparation has been one of overcoming. They have stood and remained faithful to God amid trials and tribulations that would have caused most men to turn away. They have had LONG seasons of adversity and resistance that has had them wondering if they did something wrong— yet they still remained standing in faith. They have endured seasons of hardship that caused them to grow weary and they have stood alone while others attracted a crowd— but they stood and they overcame by the blood of the Lamb. Why have many had to overcome such adversity and suffering? God takes no pleasure in their pain (your pain) but there is something being built and something eternal that is happening as these ones have overcome. They are becoming pillars!

“Because you have kept My command to persevere, I also will keep you from the hour of trial which shall come upon the whole world, to test those who dwell on the earth. Behold, I am coming quickly! Hold fast what you have, that no one may take your crown. He who overcomes, I will make him a pillar in the temple of My God, and he shall go out no more. I will write on him the name of My God and the name of the city of My God, the New Jerusalem, which comes down out of heaven from My God. And I will write on him My new name.” (‭‭Revelation‬ ‭3:10-12)

To those of you who have overcome much, know this…your overcoming has not been in vain! Your endurance has produced the character of Christ in you and although you may feel invisible to men— you are famous in Heaven! You are a pillar in God’s house.

I believe that you have been prepared for such a time as this when pillars will need to be put in place to hold up the highway of holiness that many will cross over on. A bridge is being prepared for many to come from darkness into light and you are the pillars that will hold it up.

In the natural, pillars for bridges or for tall buildings are essential for structural integrity. If they fail, the entire structure comes down. We just witnessed this in the horrific collapse of the 12-story condominium in Miami, Florida. The engineers are calling it, “Pillar failure.” They examined its pillars on the ground floor three years ago and told the owners that they needed to be retrofit to hold the structure in place. But they delayed and now we have watched over 150 lives lost and many more left without a home. All because of the faulty pillars.

I believe that even within the church there have been some “pillar failures” when men and women who held up large ministries and were trusted by many failed to overcome sin, testing and trials— causing the entire load to pancake or collapse. This has caused many to fall away from their faith. But there are also those who have stood, been prepared, been repaired and retrofit to withstand what is coming. They will be pillars that take many higher in the days to come. They have already learned to overcome and they will be pillars in his house!

I also believe that the enemy has set up pillars of those who have stood firm in deception and rebellion toward God. They have been holding up a demonic infrastructure that has become like the temple of the god of Dagon. Confusion reigns and deception blinds all those who live and worship there.

I believe that God is raising up Samson’s who will push down the pillars in the temple of demons and we will watch as they fall. I hear a crackling in my spirit and it is the demonic pillars beginning to fail as God’s pillars are put in place.

These holy pillars will not only be those who have overcome and stayed true to the Lord, but they will be those who have loved their enemies and washed the feet of those who needed mercy and have loved beyond their own pain. A baptism of agape love will be upon these pillars that brings them into the oneness of the Godhead. His glory will be upon them and the world will see them and suddenly KNOW that Jesus is Messiah.

I do not believe that these pillars are only a “few” who have been chosen but it is a call to ALL who will overcome and honor the Lord no matter the cost. You can be a pillar that strengthens the whole or you can be a victim of circumstances which will cause many to fall under what you were called to hold up.

IF YOU HAVE OVERCOME TRIAL AFTER TRIAL… begin to praise God because you have been prepared to be placed as a pillar in His house. What an honor and privilege to chosen and prepared— to be trusted with adversity for the sake of his Kingdom. I believe you are about to see how your personal (and often unseen) stance of faithfulness amid severe testing has prepared you for this time.

Your reward is eternal! I believe that you will be strengthened by a posture of praise and releasing gratefulness for all of your suffering. This will wash away any remaining weakness from the weariness of standing through storms— it will retrofit the weak areas and give you a personal turnaround and a corporate authority.

I remember a time when I was going through many years of pain due to infertility, a well-known Vineyard pastor came up to me and said, “God told me to tell you that He has trusted you with suffering so that you can be trusted with victory.” I was undone by God’s kindness to redeem the pain and give purpose to the years of tears.

It is time for the over-comers to be found as pillars that will carry His glory and be a bridge of salvation. His temple will be altogether glorious and you will live there forevermore. It is also time for the Samson’s to enter the demonic temples and by the strength of the Lord, push down the pillars of worship to false gods.

What a glorious gift we have been given as we have overcome!

Jeffrey and Kathi Pelton are teachers and authors who understand our culture’s need for encouragement and hope. They escort individuals into awareness of God’s profound compassion and mercy that heals brokenness, and they have a unique ability to help anyone seeking pathways into His kind embrace. For several years, they have led a house of prayer located in Kelowna, British Columbia. Currently, they travel internationally, working with prayer and prophetic movements. Kathi writes articles and books and contributes to various blogs that she and Jeffrey maintain. They live in the Washington DC region and have four adult children, three are married and three grandsons.

What a well needed word! Praise the Lord! 🙌🏻