You are here: Home » Prophecies » “The fruit of your promise is being delivered.” 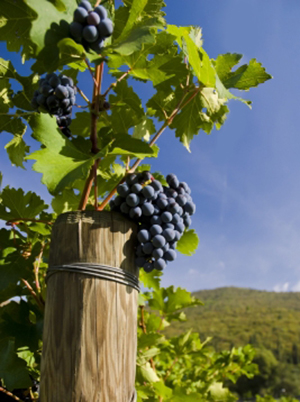 At the beginning of this week, I had a dream and the Lord spoke to me, “Protect the promise and the promise will protect you.”

There was a strong sense in the dream of the promises of God being released in accelerated, supernatural ways right now and the Lord is calling His people to protect the promises that are being released by cultivating an environment of faith and praise.

Don’t give in to the swirl of discouragement and confusion that is attempting to come alongside the promises of God being released.

I heard the Lord say, “The attempted tampering with the promise will not succeed. I have decreed the promise released.”

People of God protect your promise through your decree, faith and praise!!!!

Also as the Lord said…. “The promise will protect you!!”

In the cultivation of the environment of faith right now the promise will protect your heart from discouragement, despair, fear, doubt and loss.

We Have Entered the Delivery Room

The Lord showed me in this delivery room there is a decree of the Lord that has been released and the decree is, “You are about to get very fruitful.”

Fear, doubt and disappointment are attempting to whisper “you are about to go around the mountain of barrenness again” but the EXACT OPPOSITE is true! (Isaiah 54). In the protecting of the promise, you are being stretched for increase. The Lord is decreeing, “You are about to get very fruitful.” The delivery of the heavenly fruit is coming to you.

The Fruit of Your Promise is Being Delivered!!!

I could hear the Lord excitedly decreeing, “The fruit of your promise is being delivered and where fear and doubt are whispering that grief and disappointment and mourning are coming again, the exact opposite is true. I am decreeing JOY, JOY, UNEXPECTED JOY IS UPON YOU.” Many of you are about to see, just how FOR YOU the Lord is and He is going to awaken you to His affection and kindness in a whole new way in the promise released.

This is a CRUCIAL moment right now friends. In the delivery of His promises, stand up, decree, have faith and praise the Lord, because you have now entered the delivery room. The Lord is teaching His people in greater ways how to protect and stewarded the promise in its moment of release.

“Protect the promise and it will protect you.”

I have a similar scenario. On my way home, I saw two bright rainbows in our discrict. I then think of the story of the bible regarding rainbow and how God fulfilled his promise not to flood earth again. Then, I started to ask God what is the message, why is it that I am seeing two rainbows in our area. Then in my heart I heard him saying. “I will no longer withold my silence”. I was hesitant of what I heard and I was looking for a sign. At the same time I was also listening to Psalm 35 and suddenly I heard a message tha says “22: Lord, you have seen this; do not be silent. Do not be far from me, Lord.”.. From then on I believe that God will no longer be silent. All the prayers that have been uttered will in the quickest way be answered, especially those who are praying for their loved ones to be saved. He said. He said in the last days he will pour out his Spirit and I believe we are in this era, where God will just pour out and pour out. All the blessings from heaven when Jesus died and rose again has been poured out.

In the precious name of Jesus – Yahushua HaMashiach, I pray that the parents, spouses, children, grandchildren and siblings (and their families) and loved ones of ALL members of the Z3 family are showered with unending mercy and grace and accept our Precious Jesus as their Lord and Saviour as they repent from sin and commit to wholeheartedly walk in His ways from this day forward. Amen and AMEN!

Lana, I have been so joyful the past few days in spite of my circumstances and today I just feel great! My cloud of despair has lifted and I have lost nine lbs in the past 4 wks. Feel like exercising again and depression is lifting! Praise God! Thank you for this Word and I receive it!

Amen!! Thank you Lana for this word . I pray for the grace to Praise the Lord in deep Faith in His supernatural abilities not considering my present earthly limitations, past mistakes and disappointments… In Jesus name,amen. Glory be to God in the Highest , let all the earth be filled with His praises in Jesus name, amen. I plead the blood of Jesus over this comment in Jesus name,amen.

Oh my, Lana! What a precious, encouraging message! Two days ago, I heard the Spirit say: “Shulamite woman, be prepared for an ascension.” I believe what is next on God’s timetable is the TRANSFIGURATION, not the rapture. Jesus is the pattern Son and we are destined to have an experience just like He had, caught up (not off the literal earth, but caught up into the Spirit), yet seen by those around us. The transfiguration experience of Jesus took place after six days, signifying when we complete our six days of purification, we will ascend and Jesus Himself will meet with us as He is the embodiment of Moses and Elijah- We will no longer be in a Pentecostal state of mixture… We will be changed (transfigured) and our garment shall be white (“purity” seen and expressed) having bodies that can move through the crowds that want to kill us without being touched. The cloud of glory shall overshadow us and the words: “This is my beloved Son, hear Him” shall be spoken over us as well, for the Son is the Head connected to the body (Christ in us as us) We shall not taste death (tasting what is of the carnal mind that eats from the tree of the knowledge of good and evil) It’s the Philadelphian church (the church of brotherly love) that fulfills our Lord’s commandment to love one another… It is this body of believers that “shall go no more out” (Rev. 3:12) signifying our remaining in the Spirit, not being in the flesh one moment and in the Spirit the next. I did a little research on “Shulamite” and this is the etymology: based on (Shalom) meaning peace which is derived from (Slalem) meaning to be unbroken or WHOLE. Think of it: We shall… Read more »

Tank You Michele. What a perfect revelation.

I had a dream of a chicken having been trapped in my camper for 6 days and 6 hours. I saw the chicken on the bed and grabbed it. It was so swollen and ready to lay and egg that I had to hold the chicken as it laid an egg before even being let out.

That time frame is in the next few days – per the dream date.

Discouragement and doubt has been present, but now is the time to cast it out and live in faith.

Very true. I too have the dates but cannot disclose and is very close.

Its not just the delivery room, but right now the delivery process has begun. The culmination is the expectant part
Best,
Paul

Wait, what can’t you disclose the dates on? The fruit of the promise being delivered and it could be in the next few days?

I have been seeking to the Lord for either a miracle or “a shift”. It has been months and months and months that I have sought this, but am now running out of time. I have even asked not to have to wait until the “last second/just in time”. As the scripture says, “Hope deferred, makes the heart sick”. I feel that way as the tick tock tick tock keeps elapsing.

I’m trying so hard to see things as they truly are and confirm myself with what God has in store for myself, my family, and all of us

Dear Sister in the Lord,

Please do not strive as it is the Lord who is doing the battle.
All he asks us is to – BE STILL and KNOW I AM GOD.

We are already conformed in his image , covered in His Righteousness.
I do not want to fight myself all the time.

Waiting is HARD but as He has shown me….it Builds TENSION and the STRETCHING for his MOVE – which all his REMNANT is ACHING FOR.

HARVEY was the INITIATION and now as you see it is Accelerrating. Even TRUMP has to bend ( many decisions done in couple of days) and do the things if we are to get a reprieve or a delay.

The BATTLE BELONGS to the LORD. We need only to TAKE OUR POSITION, BE STILL and RECEIVE the DELIVERANCE. —– under HIS Blood

Mem just pray for the Lord’s strength in Phil 4:13, “I can do everything through Him who gives me strength.” You do not have the strength to wait on your own- only through Jesus can we be successful in the wait! Lord free us all from Time!!!

Let’s pray Christians go door to door near the Ca fires to share their faith with the people losing their homes… This just occurred to me upon waking today.

In Gen 21:5, “Isaac was born to him.” Isaac represents all of the promises of the Lord to Abraham! God’s word is His promise to us & it is soon to manifest in the natural realm for us to finally see Praise God!

Thanks for amazing LOVE of GOD, I love so much these kind of revelations always. Um getting healed indeed. praise the LORD ALL NATIONS! HALLELUJA!!