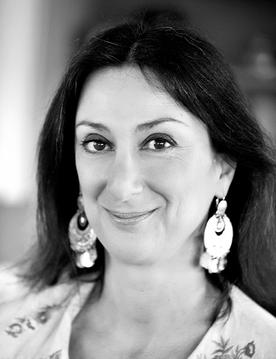 The Public Inquiry into the murder of the resourceful journalist Daphne Caruana Galizia handed down its findings on July 29.  Firm aim was taken at the Maltese State, which had “to shoulder responsibility for the assassination because it created an atmosphere of impunity, generated from the highest levels in the heart of the administration of the Office of the Prime Minister”.  Such conditions proved expansive “like an octopus” and “spread to other entities like regulatory institutions and the police, leading to the collapse of the rule of law.”

In such a climate, the State duly failed in recognising “real and immediate risks” including from criminally minded third parties facing Caruana Galizia and also “failed to take measures within the scope of its powers which, with reasonable judgment […] was expected to take to avoid that risk.”

Caruana Galizia was killed on October 17, 2017 by a car bomb.  For years she produced exemplary copy, baffling her peers and causing those flutters of irritation that eventually became headaches for the authorities.  Her efforts involved an incremental unmasking of rotting institutions.  She unearthed the network of offshore companies ranging from the British Virgin Islands to Panama, linking them to funneled funds from Malta’s government officials in alleged money laundering efforts.  She exposed the cash-for-passports scheme in 2013 which was described by members of the European Parliament as “fomenting corruption, importation of organized crime and money laundering.”  Members of the Maltese government preferred to call this a matter of being “business friendly”.

According to the Board, the murder of Caruana Galizia was “intrinsically, if not exclusively, linked to her investigative work, which included allegations of irregularities and administrative abuses in the commission of major development projects in the country.”

During the course of its work, the inquiry faced a number of institutional impediments and warnings.  On December 15, 2019, Maltese Prime Minister, Robert Abela, lectured the Board that it would have to “shoulder the responsibility of its decisions and the consequences they bring” after the panel ruled to extend the inquiry’s deadline and terms of reference.  Justice Minister Edward Zammit Lewis added to the threatening atmosphere in parliament.  “If the public inquiry is not completed, the rule of the jungle will take over.”

But pressure from the European Union’s various branches was brought to bear.  In 2019, the European Parliament adopted a resolution by 581 votes to 26 that “any risk of compromising the investigations (…) must be excluded by all means”, warning that risk would remain “as long as the Prime Minister remains in office.”

Parliamentary Resolution 2293, adopted that same year, claimed that the murder and continuing failure of the authorities to bring the alleged perpetrators to trial or identify those who gave the order for the assassination raised “serious questions about the rule of law in Malta.”

Much of the resolution reads like a grand rebuke of the Maltese political system.  The expansive powers of the Prime Minister and his office was noted, covering “responsibility for various areas of activity that present particular risks of money laundering, including online gaming, investment migration (‘golden passports’) and regulation of financial services, including cryptocurrencies”.

The Prime Minister’s powers in appointing judges and magistrates, the resolution noted in disapproval, was unfettered; the attorney general, as a PM appointee, potentially compromised the separation of powers given the office’s role in prosecuting criminal offences. Senior officials in the civil service were also executive appointments made “through non-transparent procedures”.

The site of the explosion was at the top of Bidnija Road, limits of Mosta (upper right-hand corner). (CC BY-SA 3.0)

Suspects behind the murder were found in erratic fashion, but it took till February this year to secure the conviction of Vincent Muscat, the hit man behind the operation, on six charges. That same day, the Agius brothers Adrian and Robert, and associate Jamie Vella, were also arrested on suspicion of supplying the murderous weapon.

The conviction of Muscat caused further concern among the MEPs in April, given “the possible involvement of ministers and political appointees in the case.”  While acknowledging the progress in the investigation and “steps taken by the Maltese authorities to protect independent journalism”, there were “persisting and new issues relating to media freedom and the EU values in the country.”

The Board proposes a range of recommendations for implementation, many touching on the protection of journalists and freedom of expression.  They involve specialised protection for the fourth estate, and specially attuned training for the Police Corps “to have a thorough understanding of the role of the journalist as a guardian of democracy and the value of journalism as a valid collaborator with law enforcement to ensure the rule of law.”

Constitutional reforms are also suggested, including greater recognition for freedom of expression, and institutional changes such as the creation of an Ombudsman on journalistic ethics.  Further recommendations touch on the legislative aspect: reforming the Media Defamation Act to prevent vexatious suits by politicians against the press and amendments to the Freedom of Information Act to ensure greater compliance with freedom of information requests.

The Public Inquiry’s findings are impressive not merely for revealing the appalling conditions that sowed the seeds of tolerance for such monstrous violence.  They also show the probing, relentless effectiveness of a journalist who demonstrated the power of the pen in the face of institutional depravity.  The price of doing so was immeasurably ghastly.

Dr. Binoy Kampmark was a Commonwealth Scholar at Selwyn College, Cambridge.  He lectures at RMIT University, Melbourne. He is a frequent contributor to Global Research and Asia-Pacific Research. Email: [email protected]