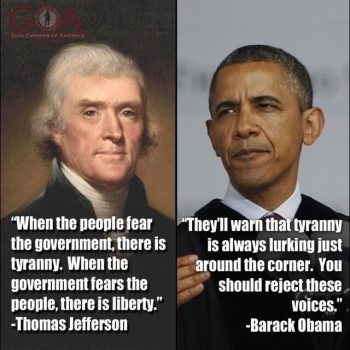 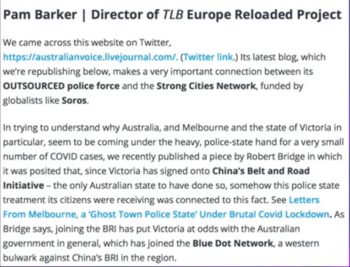 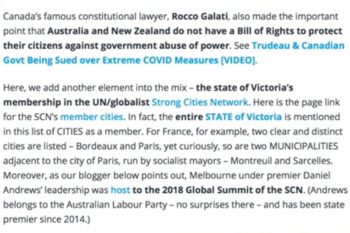 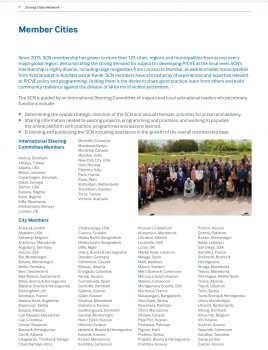 George Soros, Privatized Police Force, Strong Cities Network coupled with Australia & New Zealand not having a Bill of Rights for their citizens.

Strong Cities Network belongs to the Institute for Strategic Dialogue (ISD). “Launched at the United Nations General Assembly in September 2015, ISD’s Strong Cities Network (SCN) is the first ever global network of mayors, policy-makers & practioners, united in building social cohesion & community resilience to counter violent extremism in all its forms.”

Two of Victoria’s universities out of 5 (3 are in the U.S.) are partners. Big tech giants are partners. Chatham House, Brookings and the UK’s RUSI are listed under ‘Think Tanks’ and the Soros’ Open Society Foundation is listed under ‘Foundations’. Under ‘Governments and Intergovernmental Organisations’ is found ‘Department of Premier and Cabinet, Victoria, Australia’.

We are seeing the globalists’ PARALLEL GOVERNANCE NETWORK & STRUCTURE at work.

Cities can sign up to be part of a Strong Cities Network with NO APPROVAL from the state government and/or the PEOPLE living in that city!

Entire Strong Cities List included in the picture located immediately above the video.

Does everyone now see why there are efforts to get police officers to quit & get police departments defunded in the U.S. & other Western Nations?

TO BRING THIS LEVEL OF TYRANNY TO COUNTRIES GLOBALLY!

More footage of the tyranny occurring in Victoria. 9:49 Minute Video by Youtube Channel, AEIRvideo, entitled “A ‘Supercomputer’ is Deciding the Politics of Australians! Dan Andrews OUT OF CONTROL”

Thank you Expat Gal for all this – GREAT FIND .much research & information =STRATEGIC.!!! ++

Tonight have listened to video & looked @ links.. Much BIGGER, clearer picture for sure .Agendas & reasons why we are seeing all this. Opens ones eyes to the whole picture-,agenda.

video is a MUST WATCH. incredible.

I have known since the founding of the Strong Cities Network that this was an effort to undermine country’s & state’s & nation’s & island’s power! So devious! It is a “fifth column” strategy! Literally cities can join this initiative & do so without the approval of the state’s or the country’s or the island’s government approval NOR the citizens’ approval? Absolutely unbelievable & it should not be allowed to stand!

Was surprised not to see Portland, Seattle & Minneapolis on the list! I would definitely move out of ANY of these cities on this list because the tyranny in these cities is likely to be the WORST of all places in the world.

Thankful we did not move to Victoria (had been on our list) nor beautiful Malaga (Spain) as both are on this list of Strong Cities Network.

I wish the masses would see that the UN, the IMF, the Federal Reserve & the World Economic Forum are ALL designed to DESTROY the sovereignty of states, countries & Nations. These organizations, headed by unelected, wealthy people are NOT concerned with any interests of the masses & have no accountability to the masses so it is complete & utter tyranny in EVERY possible manner! ?

Here’s the reference cities for those that don’t know:
https://strongcitiesnetwork.org/en/strong-cities/member-cities/

Victoria (which is a state not a city) is listed as the only one from Australia. There are a lot of Canadian cities listed too like Calgary and Edmonton which was interesting.

I saw that Global Reset from the WEF and it’s so clear what the plans are but people in the world are so ignorant. Pray for my mum please! She has the TV going most hours of the day and if you dare speak against precious hero Bill Gates or any of the global elite you’re a “right wing nut job”. She tells me not to listen to “right wing nut jobs” and I just sigh.

She doesn’t see she’s being programmed. She loves Dan Andrews and all the current methods. And my dad and stepmum laugh it all off. Nothing matters but getting back to life as usual.

I know revival will break out here but it’s hard when so many people don’t see the agendas clearly laid out before us.

Hi Bridget – I put a picture of the “Member Cities” above but it may be hard to see as the print is small. It is the 4th pic, just above the video!! ?

Yes, too many people that are programmed strike out at those of us who refuse to be programmed! They honestly believe that the unprogrammed people are lying to the masses. ?

I kept wondering why Victoria was so extreme relative to basically anywhere in the world & once you see that 2 universities from Victoria & the entire government are part of this diabolical, tyrannical, authoritarian plan, everything makes complete sense! ?

Certainly a wake up call. I was born in Tasmania -Apple Isle: Southern Island State separated by Bass Straight South of the mainland. (N.Z across the Tasman to the right.) Moved to Vic to further study & careers. might need to migrate back.

I noticed according to this below: Melb. one of the 100 Resilient Cities.- Local overview.-last sentence.

**Note another blog post I read ages ago talked about C40 cities.. and Melbourne &. Sydney Australia both listed as C 40 cities..

Thanks Anne! I had never seen anything about the C40 Cities. Very thankful not to be living in one of these cities.

The tyranny will come to these C40 cities & the Strong Cities Network first because the governments sold out their people for UN Agenda 2030 goals under the false Climate Change Agenda being pushed by the Globalists, the UN & Pope Francis.