You are here: Home » News » Middle East » Updated 7/10 – Erdogan Erases Turkey’s Christian Past By Returning Hagia Sophia to a Mosque 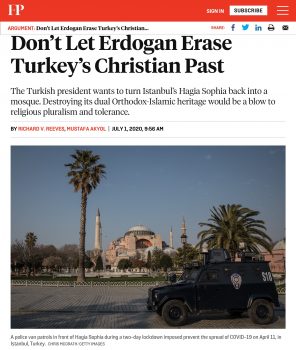 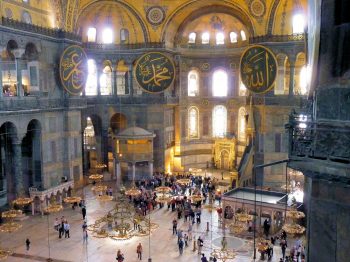 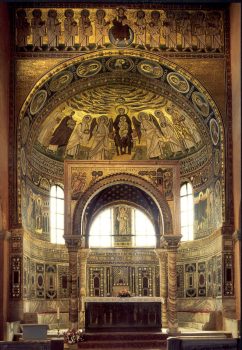 Note completely separate from these two articles – There are at least 3 Youtube Channels I follow that believe the mosque being blown up in the iPetGoat II video is Hagia Sophia. For those unfamiliar with IPetGoat II, it is an occultic video which shows a timeline of events, coded in symbolism, of End Times and the rise of the Antichrist. If this destruction occurs, this could be blamed on Turkey’s &/or other Christian populations to fan greater conflict between Muslims & Christians. Even though many insist this is a political move by Erdogan to restore Hagia Sophia to a mosque, others understand how strongly this could pit Muslims and Christians against each other as this UNESCO World Heritage Site has a 1,500 year history with significance to both Christians & Muslims.

“Istanbul’s Hagia Sophia was, for nearly 1,000 years, the largest and most important house of Christian worship in the world until it was converted into mosque in the 15th century. The building, now a museum, is still filled with priceless Christian mosaics and frescoes. It is also one of the most contested religious buildings in the world….

It is hard to imagine a more powerful image of Islamification than to see him [Erdogan] leading prayers in a building converted from an Orthodox Christian church into a mosque in 1453 by Ottoman Sultan Mehmed II after his conquest of Constantinople….

The timing is not accidental. The popularity of Erdogan’s ruling party is at a two-year low because of a declining economy, as well as appalling levels of authoritarianism and corruption. He faces new challenges by two new parties that may appeal to his own conservative base: the Future Party, led by former Prime Minister Ahmet Davutoglu, and the Democracy and Progress Party, led by former Economy Minister Ali Babacan. Since these two parties may chip away some of his religious voters, Erdogan may be hoping to position himself as the true savior of Muslims—in Turkey and even beyond…..”

“A Turkish court has delayed a decision on whether the Hagia Sophia in Istanbul can be converted into a mosque.

The Council of State – Turkey’s highest administrative body – said it would make a ruling within 15 days, after a hearing lasting just 17 minutes….

Islamists in Turkey have long called for it to be converted, but secular opposition members have opposed the move. The proposal has prompted international criticism, from religious and political leaders worldwide.“

“Istanbul (AFP) – Turkish President Recep Tayyip Erdogan announced Friday that the Hagia Sophia, one of the architectural wonders of the world, would be reopened for Muslim worship as a mosque, sparking fury in the Christian community and neighbouring Greece.

His declaration came after a top Turkish court revoked the sixth-century Byzantine monument’s status as a museum, clearing the way for it to be turned back into a mosque.

In an address to the nation, Erdogan said the first Muslim prayers at the Hagia Sophia would be performed on July 24….

Millions of Christians not heard.”

https://m.youtube.com/watch?feature=youtu.be&v=6LiYhtTwvic
James this is a very interesting video please
Watch i

Thanks but this was posted on Z3 last week.

Hi John – Here’s the link to where that video was posted here on Z3 News if you would like to join the discussion – https://z3news.com/w/brace-warning-sept-nov-major-chaos-foreign-troops-hyperinflation/#comment-170966