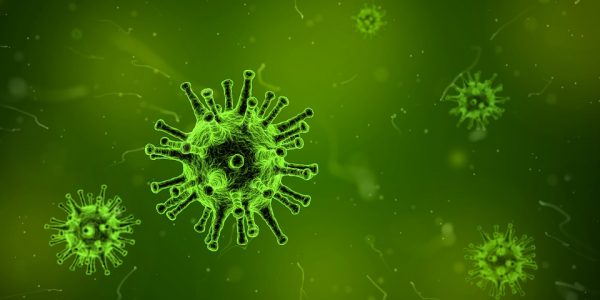 Yesterday 13th September 2020 I had a dream I believe was from the Lord where I was urgently warning people about the coming pandemic God warned me about in recent dreams. I was telling the people it was going to be a “Coronavirus Mutation” with a much greater spread and death rate, and that it would be really bad. I told them look at what happened with the current virus, and imagine what would happen if the death rate and spread was much worse! I made a video where I share this dream and discussion:

In the video I discuss a previous dream I was shown about a first woe, then a return to normal period where I was outside and everything seemed to be okay, but I had a very ominous feeling and a knowledge of an impending second woe that would be much worse! I have had multiple dreams now warning of a coming severe pandemic, much worse than COVID-19, and I will link my previous two videos on this topic as well for your consideration:

God wanted me to warn about the coming pandemic again and gave me this dream, so I wanted to share and warn others. Please prepare as the Lord Jesus Christ leads you, and I recommend non-perishable foods, water storage (including a water filter), medical/sanitary supplies and prescriptions, supplements and vitamins and self-defence (due to crime increases as conditions deteriorate) among other preparation. I recommend you pray to God for protection for yourself and your families, and also take sensible precautions based on your circumstances. Please consider the video and don’t be lulled into a false sense of security if things seem to return to normal.

There are some oversea Chinese media ” reveal ” or come to the conclusion that if DT wins the election, then all sorts of virus will be released. US has been infiltrated on a lot of levels. I remember I read one revelation from the Lord saying that a jar is dropped on a busy street in US soil and people do not aware that the virus is being released. October maybe is the final month of preparation ( stock up ).

Virus / sickness is the next thing she saw after she saw : ” The next thing that I felt more than I saw was that shortly after this there was no commerce, no shopping, buying, and was impressed that there was no economy. The economy had almost failed completely and no one had any money. ” — this confirm the description of Dana Coverstone about Dec and Jan.

In my opinion, rice and raw sugar is the last defend line against the famine. With rice, you can cook porridge , then spread one teaspoon of sugar, then you can have one meal.

Prophet Sadhu has already warned of a coming pandemic after Covid as well. He mentioned it this past spring and was detailed about it.

The site above has a link to his video sermon.

Christopher, your dreams remind me of a dream that Godshealer 7 had about another contagion coming.

The striking finding of EcoRI and BstEII  restriction sites at either end of the SARS-CoV-2 RBM, respectively, and the fact that the same RBM region has been swapped both by Dr. Shi and by her long-term collaborator, respectively, using restriction enzyme digestion methods are unlikely a coincidence. Rather, it is the smoking gun proving that the RBM/Spike of SARS-CoV-2 is a product of genetic manipulation.”

Thanks MattNZ.
Valuable research.
Next question. Was the virus deliberately or accidentally released from the Wuhan lab?
Philip

Dr. Fauci Predicted a Pandemic Under Trump in 2017

Pastor Linsey Williams has confirmation of this this pass weekend with his elite contacts from years ago.
https://m.youtube.com/watch?v=_I3GkcdI-o8
I’ll spare you if you don’t want to watch
1)the pandemic was to see if the elite could shutdown the churches and was a dry run
2) for the real pandemic/ plague coming in a few weeks.
3) build up you immune system ASAP
4) cell phone are not your friend to do tracking. You need to get RDIF shield and not carry your phone every time
https://www.ebay.com/itm/EMF-Shielding-Fabric-Copper-Blocking-RFID-Anti-Radiation-Singal-Wifi-EMI-EMP-/114211710728.
5) weather warfare to destroy the crop in October and a deep freeze for winter. Build your pantry up more than you think you should. God will take care of the rest.
6) get you relationship with Jesus in order.

These satanist are so brazen about this I can’t stand it. I just keep on praying against them. But the church is still asleep and don’t recognize the hour we are in.

Bless you brother for sharing.
God gave me a parabolic dream about 6 weeks ago in which a dangerous weaponized virus or incident will be delivered and people will be found dead and dying with water coming out of their mouths.
It could be another weaponized virus or our water could be poisoned.

Tony from New Zealand has a you tube channel called a minute to midnight and he had an ex-illuminati on his show recently and he spoke of their plans to poison the water.

Hi Abigail – that’s my daughters name 🙂
When reading your comment about water coming out of peoples mouths, immediately “Dominican Republic” came to my mind – illnesses that were in the news a year or so ago, prior to Covid. Weren’t the people found with their lungs full of fluids and investigated for foul play attacks that possibly targeted Americans? What ever happened with that story? Seems like it just disappeared from the news……I hadn’t thought about it in months till now. I pray they weren’t testing what might be unleashed next.
God bless you and keep you and your family safe under His Mighty wings.

Christopher,
Thank you for reminding us.

Hi Christopher – These dreams confirm 100% with my Spirit! I have been sharing similar warnings with friends & family. I am most worried about people that fully believe that we are past the worst of things.

Thank you for your faithfulness to warn! Blessings Christopher.

Christopher, I also heard in the spirit one morning one woe has passed and another woe is coming