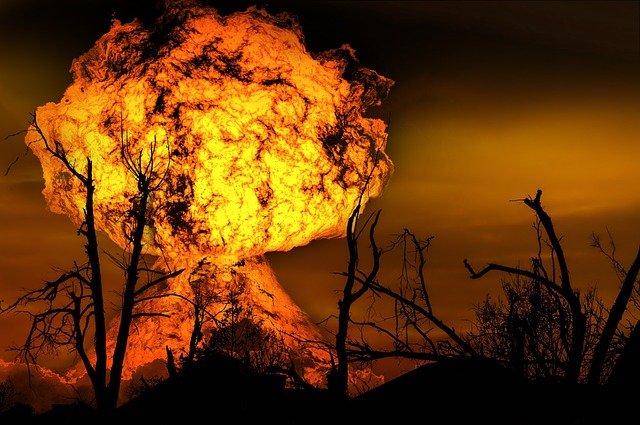 I had a dream on September 8, 2021, that, as a watch-woman on the wall, I need to put out. I felt in my spirit that it was VERY IMPORTANT to put out as a PRAYER ALERT because I believe that it is a PROPHETIC WARNING from the LORD. (See 5-minute audio message shown below)

Before going to bed that night, I asked the LORD if there was any WARNINGS that HE wanted me to share. I then received a very detailed dream about a huge catastrophe upon the United States. I will only share the highlights, and ask that you pray for further understanding from the HOLY SPIRIT:

In the dream, I was at some mountain resort, in my bedroom, lying on my bed awake. I then felt an EARTHQUAKE rattled my bed. Though it startled me, at the time, I wasn’t terribly concerned.

It then seemed to be the next morning, and I went down to the resort lobby and saw crowds of people mulling around. I tried to ask some of them about the earthquake, but they didn’t seem to notice or care.

However, the receptionist, who must have been watching me at the FRONT DESK, beckoned me to come over to her. I went up to the counter, and she then leaned over, as to quietly tell me something in confidence. What she said SHOCKED me!

She said that last night there was an attack on a major city (on east coast), and seemed to come from within. That was why I felt the minor earthquake, because, apparently we were not too far from the explosion.

After she told me, I then told her (PROPHESIED) that I had heard, “There will be 7 attacks.”

In the next scene, it seemed to be a bit later in the day. I was outside wandering around the resort grounds, watching all the people. By this time, it seemed as if the word had gotten out about the attacks, because some of the people seemed to be panicking. I saw many trying to get into their cars to leave, but the car doors wouldn’t open or start……all the cars were dead. It was then that I realized that an ‘EMP’ had also occurred because of the ”BLAST.’ END OF DREAM

I believe that the LORD is warning us that there is something very dangerous coming upon the U.S. It will involve several cites…..’7′ in the dream represents ‘many,’….not necessarily that exact number.

Then, before posting this, I saw a CONFIRMATION appear in my YOUTUBE feed from Chris Reed, who had also a warning vision. This is a confirmation of my dream:

I am calling on all the PRAYER WARRIORS and INTERCESSORS to be praying against these attacks! The LORD gives us these warnings so we can PRAY for MERCY and for these judgments to be stopped/lessened/minimized. HE is a MERCIFUL GOD and LONG-SUFFERING, not wanting anyone to perish, but, instead, to come to a full knowledge of HIM and HIS SON, JESUS.

Also PRAY FOR A SPIRIT OF REPENTANCE TO FALL UPON THE LAND!

“…if My people who are called by My name will humble themselves, and pray and seek My face, and turn from their wicked ways, then I will hear from heaven, and will forgive their sin and heal their land.” 2 Chronicles 7:14

“Thus says the Lord: “Stand in the ways and see, and ask for the old paths, where the good way is, and walk in it; then you will find rest for your souls.

But they said, ‘We will not walk in it.’

Also, I set watchmen over you, saying, ‘Listen to the sound of the trumpet!’

But they said, ‘We will not listen.’

Therefore hear, you nations, and know, O congregation, what is among them. Hear, O earth! Behold, I will certainly bring calamity on this people— the fruit of their thoughts, because they have not heeded My words nor My law, but rejected it.” Jeremiah 6:16-19