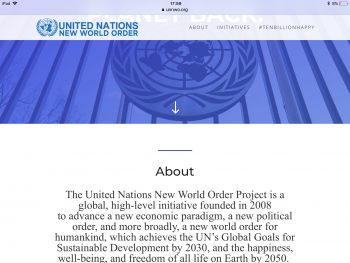 So many tie-ins but I will start with Steve Fletcher’s video explaining the timing and how it all ties together with the Space-X rescheduled launch to May 30th.

Here is a fascinating article explaining more about the significance of 322 linking back to Genesis 3:22 in Scripture & the Luciferians’ belief that they will triumph over God.

322 in Strong’s Concordance means “Definition: to lift up and show, show forth. Usage: I show forth, show clearly; hence: I proclaim (a person’s appointment to an office), appoint.”

Watch from the 5 minute mark in the iPetGoatII video, notice how the Antichrist rises with fire as if a rocket, while the men in suits, which I believe represents the economy, is destroyed.

Lastly for those who have not looked into the origins of NASA, here’s an excellent article with this exercept, “NASA has proven time and time again to be obsessed with the occult, Freemasonry and other esoteric disciplines, and that they are being exposed more and more for the frauds they really are, I don’t think it is just a coincidence that their acronym ‘NASA’ just so happens to have a very interesting connection to one Hebrew word, which (regardless of how it is pronounced) has the same numerical ‘weight’ as ‘out of man’ and ‘of your country’ and can have the meanings of to be lifted up and to greatly deceive. So are we talking about something along the lines of ‘out of men of your land they are lifted up to greatly deceive’?? Along the same lines, looking at the letter meanings in the chart above, the nun-shin-aleph can represent something like: ‘The activity of destroying God.’”

Here is an in-depth decode of Falcon 9,ISS & the SpaceSex Dragon by a Christian well-versed in symbolism including that dragon symbolizes the devil.

In case you missed it, the United Nation’s unveiled its “New World Order” website, which includes a International Happiness Day. Here’s a great video diving into this new division of UN & the Luciferian origins in the UN & the references to the NWO by Henry Kissinger & George Bush Senior.

Revelation 12:3-13 KJV
3 And there appeared another wonder in heaven; and behold a great red dragon, having seven heads and ten horns, and seven crowns upon his heads.

4 And his tail drew the third part of the stars of heaven, and did cast them to the earth: and the dragon stood before the woman which was ready to be delivered, for to devour her child as soon as it was born.

5 And she brought forth a man child, who was to rule all nations with a rod of iron: and her child was caught up unto God, and to his throne.

6 And the woman fled into the wilderness, where she hath a place prepared of God, that they should feed her there a thousand two hundred and threescore days.

8 And prevailed not; neither was their place found any more in heaven.

9 And the great dragon was cast out, that old serpent, called the Devil, and Satan, which deceiveth the whole world: he was cast out into the earth, and his angels were cast out with him.

10 And I heard a loud voice saying in heaven, Now is come salvation, and strength, and the kingdom of our God, and the power of his Christ: for the accuser of our brethren is cast down, which accused them before our God day and night.

11 And they overcame him by the blood of the Lamb, and by the word of their testimony; and they loved not their lives unto the death.

12 Therefore rejoice, ye heavens, and ye that dwell in them. Woe to the inhabiters of the earth and of the sea! for the devil is come down unto you, having great wrath, because he knoweth that he hath but a short time.

13 And when the dragon saw that he was cast unto the earth, he persecuted the woman which brought forth the man child.

All 7 Feasts of the Lord have their fulfillment through Christ. The Passover as Jesus was the Passover Lamb of God, Feast of Unleavened Bread (Jesus became sin for us), Feast of First Fruits, Jesus arose from the grave as first fruit of the resurrection, and Feast of Pentecost, Jesus sent the Holy Spirit. All 4 Spring feasts have been fulfilled.
Next we have the Autumn Feasts:
The next feast to be fulfilled is Feast of Trumpets at the gathering of the Church to Christ. After that is Yom Kippur which is Christ’s physical return to earth and the last feast is Feast of Tabernacles when Jesus rules and reigns among us for 1000 years before Satan is loosed for a short time and before the new heaven and new earth are formed.

Where does Jubilee fit in?

The caught up to the throne in Rev 12 is referring to the “man child” which is a part of the Bride which leads the believers and guides them during tribulation – help us to be “over comers”. This may be a spiritual taking up to the throne such as was the case with John when he wrote Revelation. This correlates also with the beginning of Revelation 14.. Enjoyed the article which has many insights new to me ie NASA although I was aware of the Apollo name. Thanks again.

You are very welcome Thomas. NASA was formed with scientists from the Nazi Regime (Operation Paperclip) & the NASA symbol contains the tongue of a serpent.

There is a dual reality with the launch. Look at names of astronauts. The first one listed in Robert Behnken (bright, fame is meaning of Robert and Behn is the root of Behnken which means blessed) The focus in the remnant is that those blessed dread champions are about to rise, nations shall come to the brightness of the rising. The 2nd listed astronaut is Douglas Hurley (dark waters, of the seas) thinking this one has to do with darkness rising on the proud sea of humanity. But notice which is elevated 1st. Part of the spacecraft is called dragon…….but the part that propels it is named Falcon 9. Right as watched the footage of launch an actual falcon flew by me. Something with this dragon and falcon reference. 9=judgement but also fullness of the fruits of the spirit, so again dual reality. We must choose to place focus on the God side of the dual reality, because the rocket is what is propelling judgement and destruction for the dragon….

Why did a part land in Ireland?

Great post; ..many points significant. 322 Skull & Bones etc.. . agree with some NASA astronauts have also been Freemasons… have read articles pertaining to the same.

And then we have the whole “Apollo” name which comes from Apollyon, the destroyer; the angel of the bottomless pit; Abaddon. Rev. 9:11.

Perry stone: “RELEASING THE FOUR ANGELS IN THE EUPHRATES” – https://www.youtube.com/watch?v=tt1Wc8slRAU

I take Stone with a pinch of salt

Leisa–another piece to the puzzle. Many Christians are clueless who Apollyon(Abaddon) is and think Satan comes down from the heavens and becomes the Antichrist. Apollyon is loosed from the bottomless pit and inhabits the body or likeness of the person, the 8th King of Babylon Rev 17:8. CERN (666) sits on the exact same spot of the ancient Temple of Apollyon, and it’s not for some tea and crumpets party–this is for real folks. A lot of us know who the man of sin is right now, but as evil as we think he is as a normal man, when he goes into perdition, the entity of the angel Apollyon that takes over him is beyond all evil we can imagine.

Satan, Apollyon (the Beast), and the False Prophet is an attempt to emulate the Father, Son and Holy Ghost. When the man of sin gets his mortal head wound, he will arise from the dead and Satan’s son Apollyon will take over his body and will amaze people across the world. Satan’s son ( Apollyon the Beast) and the False Prophet are thrown into the Lake of Fire and Satan is bound in chains for 1000 years in the Bottomless Pit.

Massive explosion Friday of SpaceX, “It felt like an earthquake”….