You are here: Home » Prophecies » Doug Addison: “The next two weeks are going to be really important.” 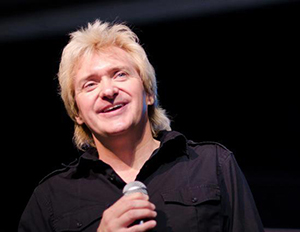 In the 6-minute video shown at the bottom of this post, Prophet Doug Addison shares a great word about what God is doing over the next two weeks, which sounds like a clear confirmation of the message Pastor Joe Dawson received on March 21, “Tell My people that I am about to do a seven day turnaround”. Doug Addison posted this word on his Facebook page on March 23.

“The next two weeks are going to be really crucial for you, for your breakthrough. I know I released in March some powerful words about the winds of change starting to blow through May, from now through May. Also on March 17, I shared the release of the glory of God coming back. I want to tell you it is hitting me. I have been having encounters like you wouldn’t believe. I have been hearing God much clearer. I’m just saying something is shifting. Something is going on.

Now I know it is kind of a blanket word for everybody and not everyone will receive exactly what they might be expecting, but God has got surprises over the next two weeks. He is going to take some things that might’ve been looking negative and flip them around for you. Also, that wind of the spirit that was blowing against you, it is now going to shift to your back. Now instead of running against the wind, the wind of the spirit is going to shift now to you and take you quickly into this next season. So watch for these things to start to happen. Ask God to reveal to you those things that Satan doesn’t want you to see.

Also, I had an encounter on the 17th, right around there, this encounter in heaven in which I saw these books being balanced in heaven over people. And they were called The Books of Lands and Seasons. God was balancing things from previous seasons and issues regarding blessings over the land. Now the verse he gave me was out of Deuteronomy 11. It was about when the Israelites finally went into the promised land. They actually went in and took their possession and took their inheritance. And that is what God is doing right now. He is calling you to move into your inheritance. And there is land involved. There are things from previous seasons that are being reconciled to you.

The day I had the encounter, I got something. It was an amazing time from a previous season that wow, gosh that happened a long time ago, but God is balancing the books right now for things that we have been robbed of and things we have been sidetracked or whatever. It is happening, so watch the next two weeks for these things to start to be revealed for you.”

This video is also available on Doug Addison’s YouTube channel.

Brother Doug, I pray that you be completely healed in the mighty name of Jesus Christ. By Jesus stripes we are Healed. He sent His Word and healed them. He is the Lord who heals ALL our diseases. Praise The Name of Jesus Christ, our Healer and our Redeemer. Amen.

I recently saw a car with a sticker that said, “the flip side”. The phrase really caught my attention. I had a dream a few weeks ago about the wind; the wind was blowing strongly through the trees, I was in a car driving down a road, I felt excited and exhilarated and said “hold on tight”!

The Jubilee year is when God balances the books and the promised land for a Christian is Heaven. We are looking for the Blessed Hope. Come quickly Lord Jesus

I live in S. Nevada. We’ve had wind gusts up to 60mph for 4 hours today. Windiest day I’ve seen here in the 13 years we’ve lived here.

I’ve been telling my wife, even in an argument lol, that things are fixing to flip for the better. One of Satans Demons tried to choke me to death, I’ve had people around me trying to put me in Prison, I’ve had no work, my wife had been thinking I’m cheating on her, ALLMOST any kind of test, and lies. I recieve this word!! I preach in the world, on Facebook or wherever I am. Praise God!

keep hanging in there Rockinrick and trusting God

Amen, confirms what Dr. Patricia Green said a couple of weeks ago about possessing the physical land and the spiritual land, coming into that season.

The very first article I read after this one was this: http://m.reviewjournal.com/local/las-vegas/cleanup-begins-winds-continue-whip-southern-nevada

maybe its speed of internet in my local but i do not see a video at bottom. I love dougs prophecies–I think he is a true prophet–mixing God’s judgement with words of Gods blessings when they fit. Reminder all- Passover falls within next 2 weeks, April 13th. Bo Polney predicting turning point silver April 11th

Von, here is the video on youtube, hope it works for you.
https://www.youtube.com/watch?v=9WQJl7Tl8M4

That is odd. Perhaps your page is still loading. You should see a text link to the same video on his YouTube channel.