You are here: Home » Prophecies » “Double mindedness has caused ‘double vision’ in My people.”
Share this post: 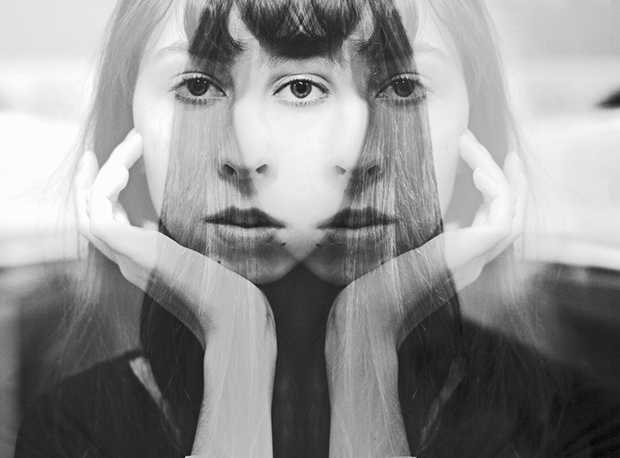 Recently, I had a powerful encounter with the Lord where I heard His voice thundering over His people:

It wasn’t an angry “make up your mind”, it was a strong decree and invitation to partner with faith and to move away from being double-minded.

The Lord showed me that there was an ‘entry point’ for the enemy to come in with his torment, fear and oppression that was in the hearts and minds of God’s people and that ‘entry point’ was called “DOUBLE-MINDEDNESS”.

“When you are half-hearted and wavering it leaves you unstable. Can you really expect to receive anything from the Lord when you’re in that condition?” – James 1:7-8 (The Passion Translation)

This strong decree of the Lord caused every part of my being to shake under the power and authority in His words. The decree and invitation was SO strong that resonated in the atmosphere “Make up your mind to believe what I HAVE SAID!!!”

I watched as many of God’s people were being “tossed to and fro” in so many ways as this double-mindedness was causing their emotions to run high, it was causing anxiety, it was causing intense fear and the enemy was using it to amplify the sound of fear and intimidation.

I heard the Lord say, “Raise My Word to the HIGHEST place.”

And suddenly I had a vision where I saw the Word of God on the same level as the fears, as the lies of the enemy and circumstances. The Lord was thundering “RAISE MY WORD TO THE HIGHEST PLACE” – it was a CHOICE to “make up minds” of ULTIMATE TRUTH and that ULTIMATE TRUTH is Jesus Christ and the Word of God.

“As My people repent for double mindedness and make up their mind to take Me at My Word and RAISE My Word to the highest place FEAR WILL FLEE and CHAINS WILL BREAK!!!!!”

I watched person after person on their face before the Lord repenting for double-mindedness and generational fear/intimidation fell off. Attacks of fear, fled. Chains of torment, oppressive battles of the mind, anxiety, weariness, and lethargy SUDDENLY fell off.

“Do not wait for your emotions to “FEEL” My Word, take My Word NOW and FEED upon it more than you ever have and watch how the breakthrough will continue to increase WITHIN you and then around you.”

I heard the Lord say:

“Double mindedness has caused ‘double vision’ in My people. They have not been able to see clearly because of their hearts being in this place. In the repentance of double mindedness and making up their mind again in faith, VISION will not only CLEAR, there will be a greater accuracy of clarity and strategy. My people are about to see further than they ever have.”

PEACE WILL BE RESTORED

I watched as so many of God’s people were in this major battle for peace every day. They would receive their peace, then suddenly it was gone. Then they would get their peace back and suddenly it was lost again. The Lord showed me that these places of “double-mindedness” were stealing their peace and in the place of “making up their minds again,” PEACE was RESTORED and CONCRETED DEEPLY.

It’s the Holy Spirit boot camp training that I am inviting My people into right now and the realm is FAITH. In this new era, I am BRANDING this new era with the decree of ‘UNSTOPPABLE FAITH.'”

Friends, let us be people who continue to live in the place of “making up our minds” to not tolerate, receive and focus upon anything BUT what He speaks. There is a major increase of faith taking place. There is a major work of His Spirit taking place in the body of Christ to break the chains of fear and intimidation and to see doubt and double-mindedness removed from hearts and the army of God rising up with the fire and conviction of the truth of God’s Word and what HE SAYS being our ULTIMATE REALITY.

“Man shall not live by bread alone, but by every word that comes from the mouth of God.” (Matthew 4:4)

Watch how your alignment with the Word of God and what He says will see a MIGHTY move of the Spirit of God ushered into your life, to BREAK the stronghold of fear, the intimidation and the chains you have carried and battled with for so long, once and for all.

This is just what I needed, yes!!! I receive in Jesus name. Wow, am I excited, I have been praying about this for so long and I now know he wants to fix this and give me my vision!

In Jesus’ Mighty name, by faith, we break every chain of double-mindedness, all strong holds of fear, anxiety, intimidation, right now, permanently. I loose in the name of Jesus Christ, love, peace, joy, faith, healing and wholeness, boldness to witness with the resurrection power of Jesus Christ to for His glorious kingdom.

This is EXACTLY what I have been going through since HS fire baptism in 2014!! I started devouring the Bible and pursing Jesus completely with my whole heart!!

I began to choose to believe and stand on The Word of God alone not the world.

And then the world, and even some in the church began to reject and “correct” me and it made me second guess.

But I had so much FREEDOM when I just finally surrendered and made His Word my foundation of absolute truth that I kept going back and forth between Freedom plus rejection, or bondage plus acceptance of others.

So I’ve been in this battle of back and forth since then in my heart; being double minded on certain issues delt with in scripture.

Thank you for this word!! It helped confirm what God has been showing me recently about the power of agreement and double-mindedness… and to finally pull me out of some oppression and bondage I was in for the past week due to agreement again with worldly vain philosophies and not God’s Truth as revealed in His Word.

You know, lots of even spirit-filled churches and leaders are causing this confusion because of the lies they are in agreement with mixed with truth.

It’s really confusing and painful for someoek who really just wants Jesus and freedom at any cost.

We need to intercede for the leaders in the body to come into agreement with God’s Truth in all areas.

It’s a fact of life that faith comes by hearing and hearing by the word of God. As a Christian soldier you must impose strong self discipline over yourself and make it a rule to read the scriptures on a regular basis. Over forty years of being a Christian when I felt my faith slipping away I would make a list of the reasons why I was a Christian. Bible prophesy was always a big one, the Jews returning to Israel, knowledge would increase in the final days and man would run to and fro and one third of the world would burn and the advent of nuclear weapons. #2. miracles in the Church; #3 great advancements in Christian countries and failure in the Godless communist countries; #4 the miraculous nature of creation with every human cell containing more information than 150 years of Sunday NY Times, for example; #5 the common sense or profound truth of the Bible in how to live your life, to love your neighbor as yourself and always forgive others, for example. After contemplating these solid FACTS one must lock it into your mind and say to yourself, that settles it, I put God first in my life and will not look back or listen to the enemies suggestions that I’m a fool to be a Christian. They asked Kenneth Hagan once if he could think of one good trait that Satan had and he pondered the question a few seconds and replied, Well, he is a persistent cuss.

They will have no fear of bad news; their hearts are steadfast, trusting in the Lord. psalm 112:7

This message was for me. I have absolutely been struggling with the double-mindedness and I have not been doing my part to shut it down.

Thankyou for this timely word after being attacked so much I sort of gave up a little and having marriage difficulty where he has called me to be a good example has made me question divorce. Anyway as I bowed to him last night he showed me an image of Jesus blowing a way and he said you are being close to being blown away. In amongst the devil coming into my bedroom each night and touching a part of my body when asleep and waking me up to torment me and making grinding sounds in my room
A screeching torment Sound. Praise god I hope this to be over very soon it’s very draining:)

Apostle Tim has very good prayers for those tormented at bedtime, https://youtu.be/j61toJGY7Xo Spirits of Succubus and incubus will torment sexually. They are all defeated, because they have to obey as we command them to go in the Name of Jesus.It’s a good discipline once you see how to battle it.
Be encouraged Yvette
.Some sounds are electrical. God will show you. He teaches our hands to war and our fingers to fight.Psalm 144 v1.
We have to close the door so the enemy has no right to torment us. These are areas not confessed or submitted to Jesus. Ask the Lord to show you if there are such places in your life.We are not alone in these battles.
We stand still, dressed in God’s armour.Ephesians 6 v 10-18. The weapons of our warfare are not carnal, but mighty through God to the pulling down of strongholds.2 Corinthians 10 v 4 – 6.
And then, as this posting showed us, we have to put God’s Word in its highest place in our life.

WOW! Just WOW! I receive this in the Mighty Name of Jesus!