You are here: Home » News » Jesuit Controlled Organizations » DHS » DHS Insider: “FEMA Does Not Even Know their Facilities are Earmarked for Detainment”
Share this post: 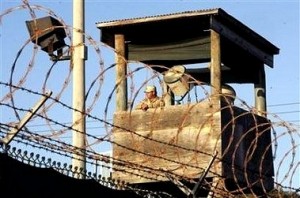 For the past few years, there have been many rumors circulating on the Internet regarding government plans to detain American citizens in camps controlled by the Federal Emergency Management Administration (FEMA). According to the rumors, FEMA camps are already being prepared all across the country.

I try to stay as far away from conspiracy theories as possible. I avoid listening to anyone who jumps to conclusions without clear supporting evidence. But it is very hard to ignore warnings coming from someone inside our own Department of Homeland Security. So when I came across this interview with a DHS insider warning about FEMA camps coming to America, I felt I should at least share the statements this person made. This interview was conducted by Douglas Hagmann of the Northeast Intelligence Network in late December 2012.

For security, the DHS informant uses the alias name “Rosebud.”

According to Rosebud, our government is planning to collapse the dollar to trigger an economic collapse for the purpose of furthering their other objectives. That is where the FEMA camps come in. As indicated in the quotes shown below, Rosebud claims the Obama administration plans for many Americans will go to FEMA camps seeking food, others will be forcefully detained there. He claims the FEMA camps are already being prepared across America and will serve several purposes including distribution of food to a starving population, distribution of medical care to a sick and dying population, re-education of all who oppose the regime, confinement of all who oppose the regime, and even execution of those who continue to resist all the hope and change.

Here is how Rosebud explains it:

And the preparations are these: DHS is pre-positioning assets in strategic areas near urban centers all across the country. Storage depots. Armories. And even detainment facilities, known as FEMA camps. FEMA does not even know that the facilities are earmarked for detainment by executive orders, at least not in the traditional sense they were intended. By the way, people drive by some of these armories everyday without even giving them a second look. Commercial and business real estate across the country are being bought up or leased for storage purposes. Very low profile.

Before or at the same time (as the financial crisis and the gun confiscation), you know all the talk of lists, you know, the red and blue lists that everyone made fun of? Well they exist, although I don’t know about their colors. But there are lists of political dissidents maintained by DHS. Names are coordinated with the executive branch, but you know what? They did not start with Obama. They’ve been around in one form or another for years. The difference though is that today, they are much more organized. And I’ll tell you that the vocal opponents of the politics of the global elite, the bankers, and the opponents of anything standing in their way, well, they are on the top of the list of people to be handled.

As the situations worsen, some might be given a chance to stop their vocal opposition. Some will, others won’t. I suppose they are on different lists. Others won’t have that chance. By that time, though, it will be chaos and people will be in full defensive mode. They will be hungry, real hunger like we’ve never experienced before. They will use our hunger as leverage. They will use medical care as leverage.

They hope to make it happen at the same time. Big cities first, with sections being set apart from the rest of the country. Then the rural areas. There are two different plans for geographical considerations. But it will all come together.

They have plans and back-up plans and back-ups for the back-ups. And in spite of the warnings, and history, enough people will be outraged and side with the government. This brings me to my final point. What do you think all of the pre-positioning of paramilitary assets, caches of ammunition, and the opening of non-descript buildings owned or leased by the federal government are for?

It’s for you and people like you. It’s for those who are turned in by their neighbors, friends, co-workers, and others who are hungry, broke and broken. What we are about to experience will be like it was during the Civil War, only worse. People will be outgunned, surveillance will be everywhere, and it will be much more difficult to hide and fight back. Not impossible, but more difficult.

WHY I BELIEVE ROSEBUD

It is entirely possible that Rosebud does not exist and the whole interview was concocted to sensationalize and add credibility to a conspiracy theory. However, I believe the interview is real and the FEMA camps are real too. I have not seen them nor do I have much more information about them, but I believe this report because it exactly matches the events described in a prophetic dream received by TD Hale, which I believe was a warning from the Lord. If you have not heard about this dream, I encourage you to click the link to read it.

Along those same lines, I believe the Lord has provided the information leaked by Rosebud to warn all who have ears to hear. Unfortunately, it appears there are few who are listening.