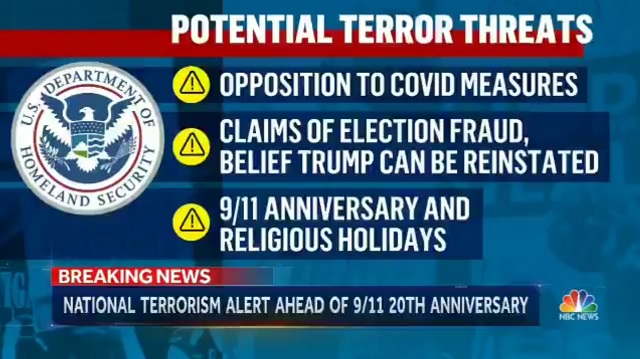 Homeland Security Secretary Alejandro Mayorkas, who recently declared “white extremists” to be America’s greatest threat, is out with a new blood libel warning that all opponents of the regime are potential terrorists who could strike at any moment. 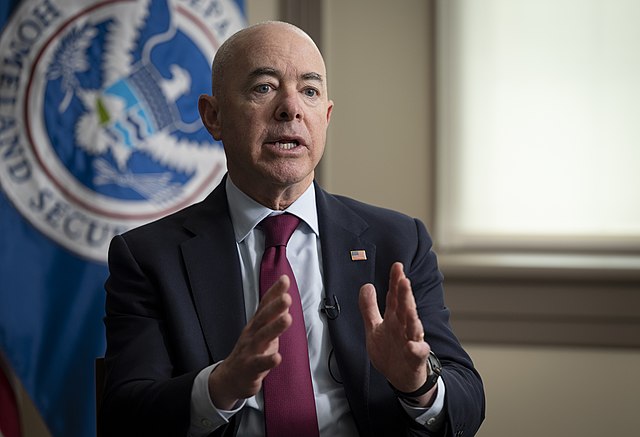 Mayorkas, Attorney General Merrick Garland and Biden himself are all just openly labeling all their political opposition as terrorists to justify using anti-terror measures meant for ISIS and Al-Qaeda against the American people.

You can read the bulletin for yourself, it literally just lists every possible opponent of the regime and says they’re potential terrorists — which means they can strip you of your rights with no due process by putting you on the No Fly List and seizing your bank account like they just did with America First talk show host Nick Fuentes.

Through the remainder of 2021, racially- or ethnically-motivated violent extremists (RMVEs) and anti-government/anti-authority violent extremists will remain a national threat priority for the United States. These extremists may seek to exploit the emergence of COVID-19 variants by viewing the potential re-establishment of public health restrictions across the United States as a rationale to conduct attacks. Pandemic-related stressors have contributed to increased societal strains and tensions, driving several plots by domestic violent extremists, and they may contribute to more violence this year.

[…] Historically, mass-casualty domestic violent extremist attacks linked to RMVEs have targeted houses of worship and crowded commercial facilities or gatherings. Some RMVEs advocate via online platforms for a race war and have stated that civil disorder provides opportunities to engage in violence in furtherance of ideological objectives. The reopening of institutions, including schools, as well as several dates of religious significance over the next few months, could also provide increased targets of opportunity for violence though there are currently no credible or imminent threats identified to these locations. 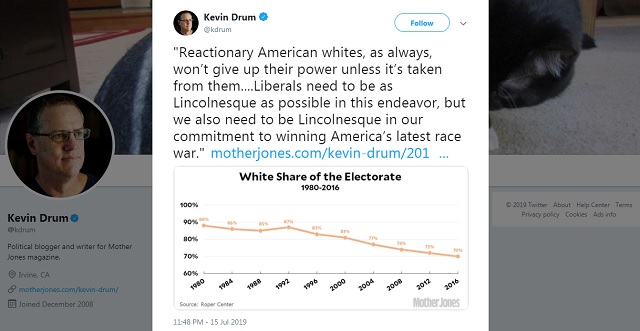 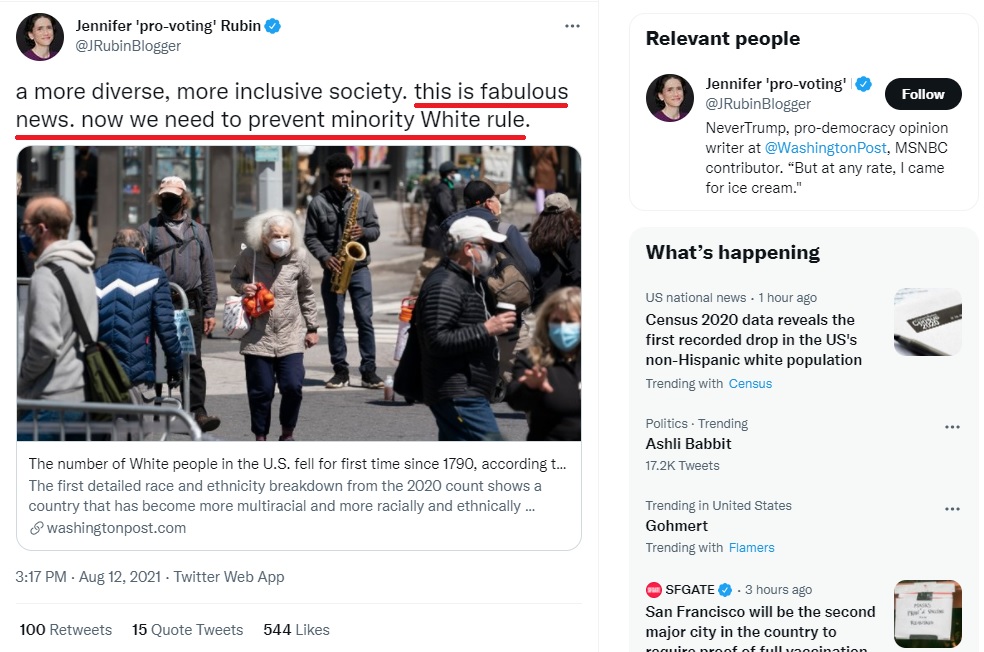 Ideologically motivated violent extremists fueled by personal grievances and extremist ideological beliefs continue to derive inspiration and obtain operational guidance through the consumption of information shared in certain online communities. This includes information regarding the use of improvised explosive devices and small arms.

That’s a call for censoring the internet.

Violent extremists may use particular messaging platforms or techniques to obscure operational indicators that provide specific warning of a pending act of violence.

Law enforcement have expressed concerns that the broader sharing of false narratives and conspiracy theories will gain traction in mainstream environments, resulting in individuals or small groups embracing violent tactics to achieve their desired objectives. With a diverse array of threats, DHS is concerned that increased outbreaks of violence in some locations, as well as targeted attacks against law enforcement, may strain local resources.

Nation-state adversaries have increased efforts to sow discord. For example, Russian, Chinese and Iranian government-linked media outlets have repeatedly amplified conspiracy theories concerning the origins of COVID-19 and effectiveness of vaccines; in some cases, amplifying calls for violence targeting persons of Asian descent.

I’ve covered multiple of these bulletins before, I think this may be the sixth one this year.

Mayorkas hyped the hell out of the notion that “Q-Anon extremists” were going to attack the Capitol on March 4 yet literally nothing happened.

Nothing has materialized out of any of these bulletins so far but as soon as one white person in our nation of 330+ million Americans snaps and does something brash they’ll seize on it to advance their BS narrative and Mayorkas will be all over TV claiming vindication.

The only “ethnically-motivated extremists” attacking our institutions, undermining our democracy and working to sabotage us from within due to “personal grievances” are the one’s comprising the Biden regime.

I don’t even recognize this country anymore. I thank my Lord and Savior Jesus Christ that I’m only passing through this world, because it’s not my home.