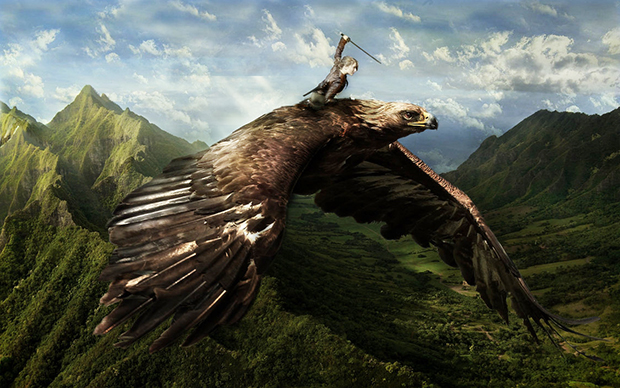 My vision began once again from atop of a mountain when I proclaimed Psalm 91 (which is from my prayer group prayer) Just before I was about to fly off… my eagle presented himself to my right and I understood that I was to fly with him. I also had my armor on. We flew with me proclaiming Psalm 91 over the earth.

I then came to a Russian office as I saw Vladimir Putin and a couple of dignitaries, but I prayed over a woman wearing a suit sitting at a desk working with her computer.

From there, we went to an area in the clouds and I saw evil entities- dragon type and others flying up from below like they were coming out of something. It was concentrated from an area on earth. I wondered about the location, but I couldn’t see where we were.

Suddenly, I was battling! I took out my sword and I raised it and said “For Adonai and for the lost!”

Then I slashed a dragon-type face and shot an arrow at it as well. There were other warriors across from me battling, but only a few. I said to my eagle, “We need more warriors!”

We left the battle and he took me back to the Throne Room. The eagle stood beside me before Jesus. He was bigger than I thought as I had to look up to him to see his face. He is a bald eagle.

I left to go to the vision room area. My friend met me and we turned to look at the screen. The screen was filled with the idol of Shiva, the one at CERN. I understood that the area where these entities were coming out of was from CERN. 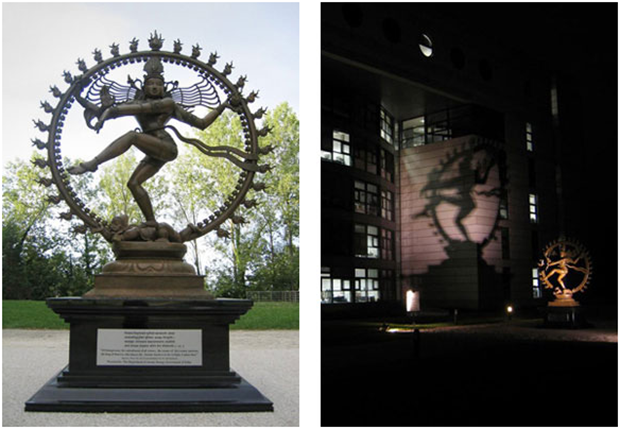 Then the picture changed to me seeing the land area where CERN was below the surface. My perspective was high in the sky. 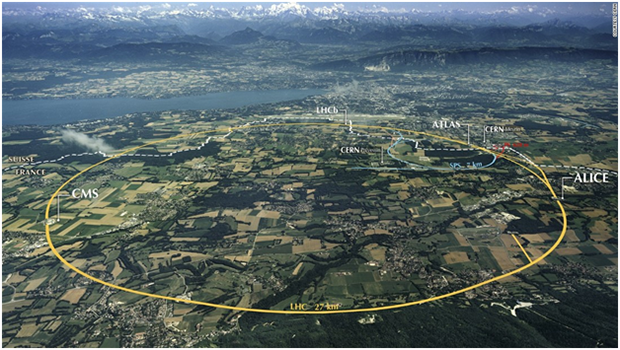 The picture changed to be underground and I saw a massive silver metal tunnel and a huge silver tube. 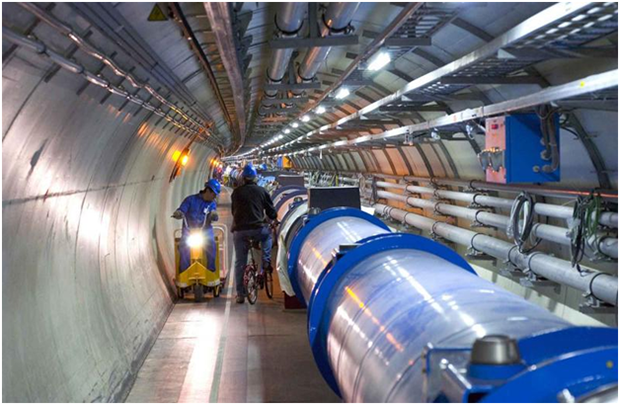 Then I saw a dark room, which I understood was a scientist lab room. I couldn’t see anything, but I heard a lot of hissing, evil indiscernible talk, wings flapping. I knew this is where they were coming in from; the portal. Yikes!

Jesus didn’t confirm with me if this is happening now or in the future. I went to Google some pictures of CERN and I found the three shown above that matched the closest descriptions as to what I saw in my vision.

This word /warning has reminded me of a couple of books the Lord sent my way when He was teaching me about warfare way back when…This Present Darkness and Piercing the Darkness by Frank Peretti..
Thank you Hope for sharing this Word and reminding us what we need to do

Your piece resonates with me Hope, thank you for sharing.

God showed me that His Hand had allowed man to open these portals which are allowing the entrance of demonic powers to invade the earth. When the enemy comes in, like a flood the Lord will raise up a standard against him…
SELAH.

One of cern’s stated goals is 2 open a portal.
If you go on YouTube and search for” CERN demon photos” or something close to that, you will get photos CERN releases of the atoms as their smashed I think. What you will see will stun you

How can we become a warrior? I know they are doing bad things out there. Am I a warrior if I pray a lot? I a also attend to Mass each week but i don’t receive any particular visions.

Make sure the prayers you are praying are to Jesus and not to any other “person “or “saint”: even “Mary”. Jesus is the only way to the Father
Anyone trying to enter by any other way is a thief and a robber

Ask for the Baptism of the Holy Spirit
Then you will have Power in your prayers
Praying in your heavenly language is when the Holy Spirit prays for you -When we know not what to pray, He does
In Jude it says that we will build ourselves up by praying in the spirit– that is the gift of tongues
Blessings