You are here: Home » Prophecies » There is a deep work of His Spirit taking place right now to raise up a people of ENDURANCE.
Share this post: 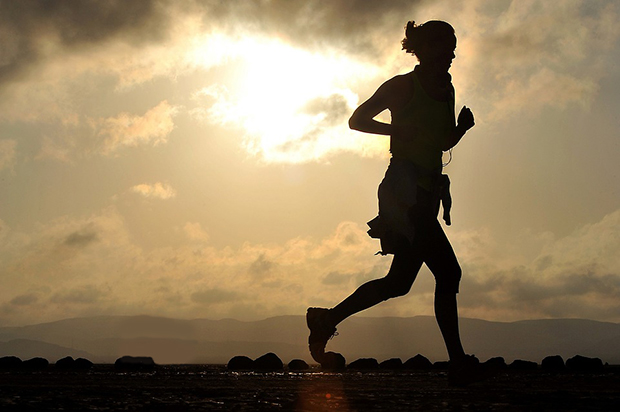 For the last few months, the Lord has been speaking to me a lot about endurance, that there is a deep work of His Spirit taking place right now to raise up a people of ENDURANCE.

1. the ability to endure an unpleasant or difficult process or situation without giving way.

2. the capacity of something to last or to withstand wear and tear.

As I sat with the Lord recently speaking with Him regarding a battle that I was in and I was feeling weary, what the Holy Spirit spoke to me surprised me. He said to me “Lana, I am giving you a gift.”

Immediately I was excited. “Awesome! Thank you Jesus! What is the gift?”

His next word surprised me. He said “ENDURANCE”.

I expected Him to say “BREAKTHROUGH!!!” or something that would indicate the end of the battle immediately. Now, had He promised me breakthrough in my battle in the circumstances I was facing, ABSOLUTELY, but what happened in that moment? I was taken to a place where I realised not only was the Lord going to fulfil His promise to me and I was going to seize the land He had promised me, but in the midst of my battle, in the midst of my wrestle, in the midst of the testing of my faith, in the midst of the pressing and the hardship, God was not only going to remain faithful to His Word, but my loving Father was doing something BIGGER than I expected. In the midst of the battle, God was doing something so much bigger than I could ever imagine. He was teaching me to ENDURE and strengthening Me to “go the distance” and move forward in longevity, to run empowered by the Spirit into all that He has for me and my destiny stronger than ever and without hindrance.

Since that encounter with the Lord, the word ENDURANCE has been burning in me. The Lord spoke to me that this is a corporate decree and banner over the body of Christ right now, that He is building a people of ENDURANCE. He is teaching the body of Christ what it means to ENDURE.

The Lord is burning strongly on my heart that we NEED this work of His Spirit in endurance in our hearts and lives right now in order to CARRY what He is releasing in this new era.

In this new era, God is removing HIGHLIGHTING and DEALING with anything that would hinder His people from living in strong endurance. He’s delivering His people from the fear of man. He is bringing His people higher into the revelation of living from our seat. (Ephesians 2:6) He is healing the heart, aligning the heart. There is a testing of faith that’s taken place. He is establishing His people deeper in the Word of God. He is dealing with compromise and awakening the Church. He is going to restore the fear of God to the Church. He is sounding the alarm for CONSECRATION AND HOLINESS, plus SO much more.

Living in the place of deep endurance comes not from anything in the natural but from relationship with Him and the empowerment of the Holy Spirit.

The Lord is not only giving you gifts of joy and breakthrough in this new era, but He is also giving you a gift in the midst of your battle, ENDURANCE! As you walk this battle WITH Jesus and allow Him to do His work within you, He is teaching you what it means to ENDURE. He is preparing you for the future. He is training you to walk by faith. I am not saying the circumstances of evil, sickness, disease, pain, trauma are authored by Him, that is NOT what I am saying. What I am saying is IN the fire He is teaching you to ENDURE with Him by faith and to OVERCOME. Many new ministries, new assignments and anointings are being released in the fire right now where the Lord is establishing endurance.

I prophesy to you that as you come out of these battles, as you come out of the fire, you are coming out with ENDURING FAITH. You are coming out with STAYING POWER! You are coming out TRANSFORMED and FORTIFIED by His hand and the power of His Word outworking in your life. You will KNOW that it is the hand of God and the energizing POWER of His Spirit because of the level of weariness you have experienced, you continue to push through, you continue to fight, you continue to believe, you fall down and get back up again. That’s not your efforts, that’s Him! “Somehow” you get the strength to fight again, that’s the Holy Spirit. As much as hope deferred screams, disappointment hangs heavy, but there’s still something within you that gives you a little strength to ‘keep hanging in there’ – that’s JESUS! Even in the moments where you have said, “I GIVE UP”, there’s something in you causing a ‘restlessness’ that says, “Keep hanging in there!!”

There is a divine rearranging taking place that in these battles the Lord is teaching His people to live by the Spirit and not led by the soul.

Out of His love, God is training, healing, building and establishing the Church in endurance like we have never seen because in this new era there will be many times where the Church will need the STAYING POWER OF FAITH and the heart of endurance that speaks, charges forward and remains even when all of hell tries to stop it in the earth. The enduring power that Jesus demonstrated at the Cross is being released into His people NOW for the sake of the glorious GOOD NEWS of the Gospel going forth. An army of light arising in this hour of Isaiah 60 unapologetic, unashamed and unshakeable declaring Jesus as the way, the truth and the life and being immovable by the impossibilities that shout.

We are entering into a time of the greatest demonstrations of His power in the earth and a time of seeing His Glory manifest as a Church arises with great endurance and conviction living and governing from the heavenly places and seeing it manifest on the earth. The Church that endures and walks by faith like never before will see the most glorious signs, wonders and miracles in the face of giants, opposition or darkness. His light and Glory will shine brighter.

The overcomers are truly being birthed!

9 And so, from the day we heard, we have not ceased to pray for you, asking that you may be filled with the knowledge of his will in all spiritual wisdom and understanding,
10 so as to walk in a manner worthy of the Lord, fully pleasing to him: bearing fruit in every good work and increasing in the knowledge of God;
11 being strengthened with all power, according to his glorious might, for all endurance and patience with joy;
12 giving thanks[a] to the Father, who has qualified you[b] to share in the inheritance of the saints in light.” (Colossians 1:9-12 ESV)

2 “My fellow believers, when it seems as though you are facing nothing but difficulties see it as an invaluable opportunity to experience the greatest joy that you can!
3 For you know that when your faith is tested[a] it stirs up power within you to endure all things.
4 And then as your endurance grows even stronger it will release perfection into every part of your being until there is nothing missing and nothing lacking.” (James 1:2-4 TPT)

I feel the Lord has been saying this to me as well.

Thank You Lana for taking the time to share this important characteristic of endurance we ponder and cultivate.

Corrie Ten Boom comes to mind when I think of Endurance associated with God’s Will. Such a beautiful, strong soul that endured during one of the darkest periods ever witnessed by humankind. Her and her sister were formidable, indefatigable living through the helacious conditions of the concentration camps. Corrie vowing to help those that rotted and survived in the camps even as she watched her sister slip away. What was even more amazing is how Ms. Ten Boom forgave the guard who mercilessly beat her sister after the war.

Corrie Ten Boom lived through the worst that humanity manifests. She is a shining example of what it means to Endure.