You are here: Home » Prophecies » I heard a voice clearly saying, “As in the days of Noah.” 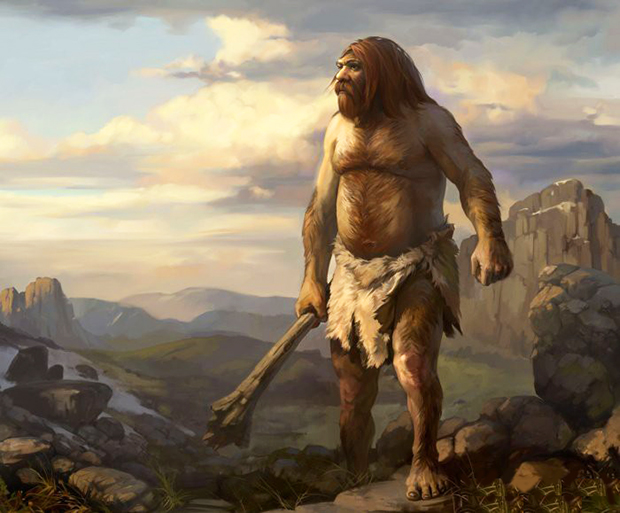 My friend Sharlene is a middle-aged loving wife and mother who lives near the west coast of Canada.  She has been having significant visions since 2016 and now they are end time based.  Much of what the Lord shows her is in the news.  President Putin recently winning reelection confirms her Vision 37.

I was spending time with God in worship and prayer. I don’t have a path from this area to the Throne Room. I’m just in the Throne Room after my time with Him. I went my usual path from there, down the stairs and to the vision area. My friend was waiting for me in the back as always. We greeted each other and turned to look at the screen. This is a strange vision. I don’t even know if I want to write about it as it seems so far-fetched and unbelievable.

The scene opened up with people looking up and running, trying to flee from something. I felt the ground shake as this thing stepped and came closer. I then saw what appeared to be a giant! It stepped over people and on them! I could hear them screaming!

I was looking at a forest or maybe a park? I saw tall green-leaved trees as it was summer.  Then I heard a voice clearly saying, “As in the days of Noah.”

I understood it was Jesus. I looked to my right and saw military vehicles, helicopters and soldiers negotiating with commanders a plan to trap it.

The scene changed to a clearing. It definitely looked like a park. I saw the area surrounded with military as if to trap him and take the giant down. He was now walking at the edge of the tree line furthest away from the clearing in the foreground of my view. I figured he may have been 50 feet or more, was muscular; having a thick body, thick legs, thick arms and had tight, fitted, ancient looking armor on. It looked dark brown or black. He reminded me of Goliath from a previous vision but much much bigger. His hair was dark reddish and he had a beard. I could still feel the ground slightly shaking with each of his steps. He wasn’t agile and appeared kind of clumsy.

The military then fired on him and I saw him fall in front of me (I was standing on the ground) onto his back with a huge thud. The ground really shook when he landed! His head was close to me at my 7 o’clock with his feet at my 2 o’clock. His head turned to his right side, I saw his tongue stick out of his mouth and I heard his last breath as he died.

The whole vision reminded me of the Hulk movie when the army went after him, but this giant wasn’t green or as big as the Hulk, but the military sure went after it aggressively. It didn’t seem that difficult to shoot him down. I don’t understand why I would see another vision about the giants. I understood that they can be defeated and are related to the nephilim. They are not a conspiracy theory but are actual and real. But it sure was a weird vision.

Sharlene and I discussed this vision a little bit. We were both reminded of the story of Jack and the Beanstalk and how the giant wanted to eat Jack….just like nephilim did in the days before the flood. I was also reminded of Gulliver’s Travels and King Kong and the Jolly Green Giant food brand (talk about irony!). We know the enemy hides things in plain sight. Before you roll your eyes at the impossibility of this vision…let’s see what happened in the Bible.

There we saw the giants (the descendants of Anak came from the giants); and we were like grasshoppers in our own sight, and so we were in their sight.” (Numbers 13:33)

It seems that Sharlene did feel as small as a grasshopper in sight of this giant! If you have read or listened to L.A. Marzulli or Steve Quayle, then you know that giants do indeed exist, and in fact our military has already encountered them in caves, but those giants were much smaller. It’s very possible there are bigger giants in stasis under the ground, in the hollow earth. I’ve learned this through my research…another good Christian viewpoint comes from Justin Faull.

The Book of Enoch speaks of those that are under the earth for 70 generations and we also know Revelation speaks of those who are released from the pit. Are they 50 feet tall? All we know is what Sharlene has seen and heard. 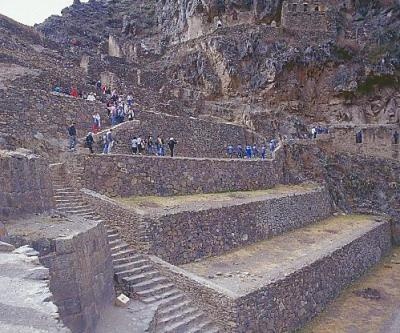 What was in the days of Noah? Who built the pyramids and carved out these steps to the right (notice the tiny human steps to the left)?

Once I had a dream where the Holy Spirit showed me to pray for orphans. I was shown in my dream that the orphans would sing praise to God. I went to a Church in Austin’s that has flags for every nation and I prayed for the protection of orphans in each country with a prayer partner. That night I went home and in a dream the Holy Spirit showed me a huge giant bound in chains. In the dream I ran up a flight of stairs once that giant was bound. All we did was pray in tongues over each flag. Jesus/God/ gets all the glory for sending the Holy Spirit to show me who to pray for. Later I saw orphans on TV praising God. I think these kids were out of India. I think you may have witnessed a stronghold being taken down easily!

All of the prophetic messages at this site are worthy of deep prayer (requested by Jesus.)
A new prophetic vision almost every day.
A repeated message of repentance and dire events happening ‘very soon’ or ‘soon.’

Remember in Revelation that there are angels bound at the Euphrates river and are loosed to bring the kings of the east to Armageddon …bound angels sounds like the fallen variety to me.

The wrath of God poured out in the earth during the great tribulation is administered by the angels of God. Their duties include blowing trumpets, pouring out their bowls, and killing people. The angels bound at the Euphrates River were only bound in the sense of being prevented from releasing God’s wrath until the right time.

I had a dream one night, which I thought was crazy, but I saw these giants and they were in large wooden crates, they seemed to be paralyzed, they could look around because they were watching me but they could not move.

That makes so much sense! I believe the Lord put many of them in stasis under the earth, until they are released.

I once had a dream they were so many coming out of the forest. Isaw it walking with a Trex dinosaur. Much like a person walking his dog on a leashand the dinosaur is up only to its knees in size

The steps of the Pyramid of the Sun in Mexico are really tall, about double the height of normal steps…they would be the right height for someone around 7-10 feet tall…definitely a struggle to go up all those steps…

These demons will get their bodies back through cloning of the bodies of the giants that they have in storage and human women will birth them.

As in the days of Noah, so will the demon men roam the Earth brought back to life by the evil men of the present!

Mistral, I also believe that humans have been cloned and that is why the “alien” abductions have occurred. People have no clue what’s coming.

Don’t forget, in the Septuagint version of the old testament (the Greek version that Yeshua, the apostles and the early church used) says this…

There’s no going around it. They’re coming back as decreed by the Lord, and we simply have to be ready for the supernatural events in store for the world in the coming years.

To God be the glory.

I have been studying and praying about Giants/Nephilim for the last 2 years! I thought I was the only one until I found L. A. Marzulli, Timothy Alberino and Steve Quail! The LORD has me studying the ET “phenomenon”…as well. I am a pastor’s wife with 5 grown children.

https://youtu.be/oAYoMuQjeec
Yet another word warning about giants, this one from LVS.