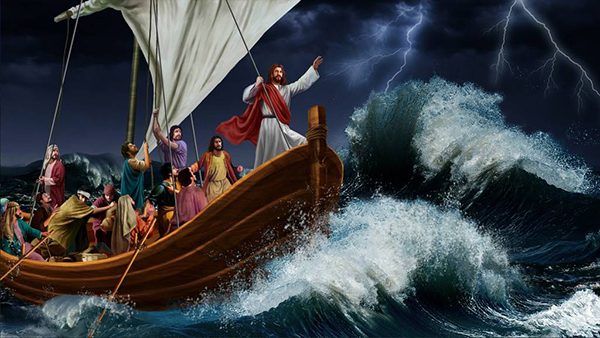 (After the Brexit vote passed) I heard the Lord say, “Rise up My church. Rise up My people. There is a storm forecast that is not sent from Me, rather the enemy would seek to stop you from reaching the other side for he knows on the other side, you will shift from seeing the ones and the twos saved, to seeing cities delivered, age old strongholds falling, and whole regions turning to Me!”

The transformation will be so fast and so extreme for some it will be terrifying. When change kicks in at this level, when things start being shaken at this level it’s time to sit up and listen and pay attention. It’s in these moments when the deepest growth and the greatest advances are made in our personal lives and in God’s Kingdom.

I will never forget standing in my church office a few weeks after we had had our building dedicated knee deep in ash and rubble! We had been on a two year restoration projected and saw God provide for the restoration of a total mess of a building,

By the beginning of December 2008, it was all done, but the night after the dedication, the building was broken into and burned down. I stood in the ash and looked at the place with total shock and confusion, yet in the midst of all the mess the pain and the disappointment, in my heart of hearts I heard him say, “I’m bigger than buildings, I’m not limited by loss or shocked by the wicked one’s plans, My word stands firm, my plans unshaken, I cannot be stopped, I cannot be overthrown, hold firm and you will see My glory!

In the same way, as we all look forward into what is now a totally new future (due to the Brexit vote passing) with many unknowns and the storms that will come with it, know this, to God nothing has changed, His plans and His purpose are far above ours, He is not shaken or even slightly concerned, He sits enthroned above it all, Lord of all, outside of time, outside of our limited minds and he is fixed on one goal, the earth will be filled with the glory of the Lord and every eye shall see it, and every tribe and tongue shall come and bow before him and say He alone is Lord!

As we cross this storm, we are crossing over into our greatest days, not just for the UK but globally. We are entering into the greatest move of God the earth has ever seen, so don’t get distracted by the wind and the waves, and don’t become fearful. Remember all the words that have been given in this last season, all the promises about crossing over and the pending harvest and revival. Don’t be like the desciples in the boat in the storm. They were so focused on their own circumstances that they had forgotten what Jesus said, “Let us cross over to the other side!”

Instead they began to panic and fret, even to the point of accusing Jesus of not caring, Jesus rises up and rebukes what they should have rebuked and then rebuked them for not rebuking it themselves.

I feel the Lord said we do not have to accept the forecast of an economic fall and a recession, but we will have it if we do not pray and decree, so rise up!