You are here: Home » Prophecies » United States Prophecies » Covid-19 Is Providing “The Cover” for The Great Reset of Society
Share this post: 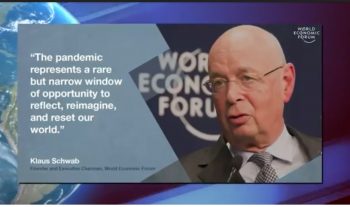 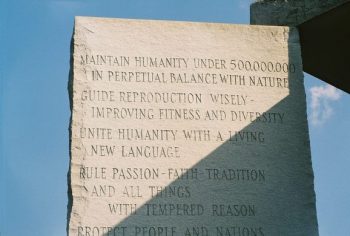 Here is a video discussing The Great Reset by Spiro Skouras which shows how COVID-19 is fundamentally transforming society & enabling the new global governance/NWO/Beast System to be brought in.

Separately James Corbett did a great video on this as well. Watch to the 11:40 mark.

If you have not read the plans detailed here on the World Economic Forum website of how the world’s most powerful people are using covid-19 to transform EVERY facet of our reality, click on each platform to see in detail their plans to transform everything in our lives to a dystopian reality with very few rights and a significantly reduced quality of life. Thankfully for us as Christians, we know this world is not our home & we know not to bow down & take the Mark of the Beast (which I believe will be the RFID chip in the vaccine) to participate in the Beast System and instead to turn our hearts and minds to our Father not towards the things of this world.

Here is another article on how covid-19 has provided the cover for the Elite’s plans to reset the economy (massive job losses leading to dependency on the government for basic necessities, move to digital, cashless system & impose a new social order).

“15 Love not the world, neither the things that are in the world. If any man love the world, the love of the Father is not in him.

Understanding the bigger picture of what the world’s most powerful & wealthiest people want to achieve helps us make sense of the times we are in and the significant chaos in our world as our world undergoes the most significant transformation in history and the Antichrist rises to lead this new system.

UPDATE 7/13/20 Article – Covid-19 is the excuse being given for banks to shutter branches around the U.S.

© 2020 – 2021, Z3 News. The first 200 words of Z3 News articles may be shared online in exchange for a clickable link to our site. Please include the author name and do not make any changes to text or titles. No image files from our site may be shared because we don’t own them. For permission to use our content in other formats, please contact us.

Whilst we should not take the coming vaccine as Christians I do not believe it is the Mark of the beast for several reasons.
The Mark of the beast is not mandatory until the abomination of desolation spoken of in Matt 24.This does not take place until 1260 days into the final 7 years which have not started yet.The antichrist has not appeared and taken centre stage yet.
Also the Mark,according to Rev 13,will be a visable mark of ID which I dont believe anyone can unknowingly take.It will be a definite choice so that those who take it will know what they are doing.
Also,I believe that there is nothing in the bible about the mark being associated with a vaccine.

there are also plans for a bio tatoo for the vaccine.

That’s correct Thorsten-R & if you read http://www.weforum.org/platforms & in particular, COVID-19 Action Platform, it is clear that the world’s most powerful people plan to KEEP anyone who refuses the vaccine with the RFID chip (this was detailed in a separate post I made on Z3News), out of EVERY aspect of society. You will not be able to do anything in this world that involves any system linked to the government ?…all detailed & being talked about by Bill Gates & others.