You are here: Home » News » China » “Communist China” Runs the UN, but Really Rome Is Behind the Scenes 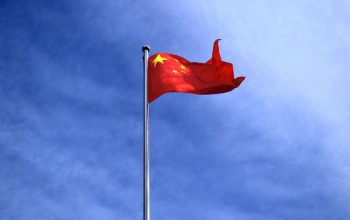 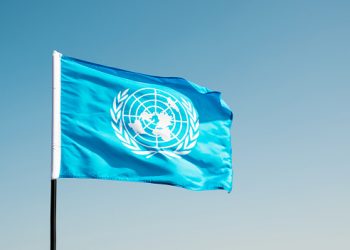 Summary of video – “In this episode of Behind The Deep State, host Alex Newman exposes the fact that the dictatorship in Communist China essentially runs the United Nations. It will also play a star role in the New World Order. Alex goes through a recent U.S. government report highlighting the many Communist Chinese agents running key UN agencies and programs including UNESCO, UNIDO, ICAO, FAO, and many more. And unlike people from other nations, Communist Chinese must obey the party’s orders while serving in international organizations. The Deep State is falsely trying to blame Trump for this disaster, but in reality, it began long before Trump was even running, and Trump has been the first to seriously try to oppose these developments.”

As I have shared in various posts, the Powers To Be, select leaders & the attributes that person will have in the public’s eye. It is part of the plan to “stack the deck” and control society. This has also been evidenced throughout history with Rothschilds playing both sides of a war by supporting each side financially so the Rothschilds “won” regardless of which side actually “won” power.

Even though it appears in the documents that the people holding positions of power are Chinese & have Chinese names, understand that this is the same “cast of characters” with their disguises! Different nationalities of people, different countries & also different organizations but underneath this “facade”, is Rome. James has done several podcasts peeling back these disguises used to hide the actions of Rome but we must not be deceived by what we are seeing at a superficial level, i.e. a Chinese name in a report as the individual with power as all of these leaders are reporting to directives being given by Rome.

One of the best illustrations of this is the photo with Pope Francis sitting in the highest position of power & in front of all the world leaders. The symbolism may have been missed by many but for those with the “eyes to see”, it was clear that the Pope representing Rome was over all the world leaders in terms of power and position.

Of course China runs the UN–they bought them with our money. Too bad for China–their 250 million man army will be trampled in the winepress of God where their blood and others will flow high as a horses bridle (5 ft) for 180 miles.

In light of the information given in this post ; I can understand why there have been so many warnings re China…Many reliable informed sources who are trying to wake the people up..have warned & sighted Chinese troops already in the USA.. ( . Sleeper cells )convoys of UN vehicles have been seen through out strategic locations in the US.. and the fact that China & Russia have been seen in vision/ dreams by Demitri Dudeman, Henry Gruver, and many others so China The Dragon plays a significant part in end time events.

Reference to last paragraph – 2019 Annual report part re US – China trade tensions 2 authors of a book Global tactics of WW3 have stated trade wars happen before other worse events . Chinese military aircraft were spotted over South China Sea 4 th August & the growing influence they have in that region .wanting islands & ports for their bases.

Not surprised that the case on China,we need to pray for there removal!!