You are here: Home » Prophecies » “I then saw the cloud suddenly shift. A moment of breakthrough came where the cloud of condemnation turned into a cloud of refreshing.” 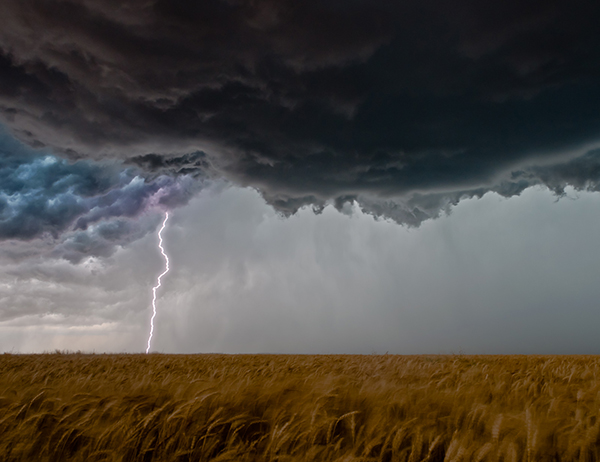 I had a vision on April 26 where I saw many of God’s people walking in the garden with Jesus. I noticed the countenance of many of these ones, they were heavy laden, confused, disorientated and their hearts were fearful. Many of them were even struggling to look at Jesus. Their heads hung low and looking at the ground.

I then noticed above them was a HUGE black/grey storm cloud, and this cloud was raining on them. There was lightning and LOUD thunder coming from this cloud. I saw the word written across and inside the cloud “CONDEMNATION”. This cloud of condemnation was SCREAMING ACCUSATION and RAINING heaviness down upon these ones.

Even though they were in a beautiful place of intimacy with Jesus, there was life all around, the flowers were blossoming, there was fruitfulness, favour and increase, their hearts were heavy. This cloud had come out of nowhere and was screaming ACCUSATION into different areas of their heart. I could hear the ACCUSATIONS and they were all based around “You are displeasing God”, “You are disobeying God”, “God is not pleased with you”, “You are on the wrong track”, “You haven’t done enough”, “You are hindering the plan of God for your life.”

This cloud of condemnation had found areas of the heart were their were wrong beliefs of who they were, who He is, or major fear. This cloud was screaming it’s accusation of God’s displeasure and adding more and more fear. This cloud was even screaming at areas that God is breathing on and adding INCREASE to, but saying they were the things to be laid down in this season, which is a deception. These areas especially, were areas where many of God’s people had been fighting “Giants” in that land, and because the “Giants” haven’t been overcome yet, this cloud of condemnation was screaming that these things must be given up to overcome. Where Jesus was actually decreeing, “I am setting you free and you are overcoming with INCREASE, as you CONTINUE TO MOVE in these lands and areas.”

I then saw the cloud suddenly shift. A moment of breakthrough came where the cloud of condemnation turned into a cloud of refreshing, a cloud of life and awakening, raining down His delight, a cloud of REVELATION. The cloud of His Glory and goodness raining down upon them and dismantling this assault of condemnation. Life, truth, joy and peace was being released in the revelation of His goodness, kindness, delight in them and His GOOD PLANS for them in this season. There was also a REAFFIRMATION being released to REASSURE their hearts that they were on the right track and the right place at the right time.

“The earth shook beneath your feet; the heavens filled with clouds before the presence of the God of Sinai. The sacred mountain shook at the sight of the face of Israel’s God! You sent the REVIVING RAIN upon the WEARY land, SHOWERS of BLESSINGS to REFRESH it. So there your people settled. And in your KINDNESS you provided the poor with abundance.” (Psalm 68:8-10 – The Passion Translation)

I want to encourage you, THE LION OF JUDAH is ROARING over your life. He is ROARING and BREAKING the lies and assaults of the enemy with His truth and authority. Ask the Lord for discernment, for the prowling lion is roaming whispering in ways to attempt to “sound” like the Lord, but it’s deception. You will know it by its fruit. The Lord is fighting FOR YOU. He is ROARING BREAKTHROUGH, AWAKENING and INCREASE and RESTORING THE ROAR IN YOU! You’re going higher! You are being extended!

I can’t even put into words how much this message makes my spirit leap with joy. My heart has been so heavy over the past few weeks, but this is an exact confirmation of what the Lord was showing me less than 10 minutes ago. Thank you, Lord for your goodness and mercy and lovingkindness!!!

Thanks for sharing that awesome confirmation Kristin.

Thank you Lana. I have had a spirit of condemnation that brings up my past over and over again for years. The closer I got to the Lord the stronger the spirit. I finally learned to rebuke those spirits in The name of Jesus and tell them that Jesus already paid the price for my sins. Jesus Rules!

Thank you, I have been struggling with something which hit a pinnacle of torment, and finally on Wednesday the Holy Spirit said, give it 3 days. Well, here is my message 3 days later. Thank you Lana.

Thank you, Lana. Just the other day, I was struck with a horrible fear that I was doing all of the wrong things and that I wasn’t saved after all. My heart was heavy, and my mind was racing. Then, last night, I was praying, and the Lord spoke to me and said: “Psalm 21.” I opened my Bible to read it. It gave me back my inner peace, and your article just confirmed this. Thank you again!

Thank you! Exactly how I’ve been feeling.

Journals of the heart:sorry so long… Then I began to weep greatly because no one was found worthy to open the book or to look into it;, and one of the elders said to me, “Stop weeping; behold, the Lion that is from the tribe of Judah, the Root of David, has overcome so as to open the book and its seven seals.” (Revelation 5:4-5 NASB) Hear Me Roar I am the Lion of Judah and I am inviting you to ride with Me…for only in riding with Me will you be safe. There are many things ahead you cannot see or even begin to contemplate. There are caves and open fields. There are deserts and lush gardens. All landscapes…all circumstances, regardless of how lush or barren they may be have predators that look for unattended ones to come by their way. Many feel safe among the beautiful surroundings of a lush garden and are often lulled into deception and apathy, for they feel nothing could possibly harm them there. Did I not tell the children of Israel to beware when they came into the land of milk and honey? One of the most dangerous foes in the land of plenty is forgetfulness…forgetfulness in relation to all I have done for you and where you have come from which often leads to a place of self-sufficiency. Be careful to remember this; without Me all things would not…could not be. Take time to remember where you have come from and all I have done with a thankful heart. To those of you who find yourself in the valley of the shadow of death…to those of you who find yourself in a place of desperate need longing for the fulfillment of your promises…come and ride with Me. Bury your face in the… Read more »

Thank you sister for posting this. This word agrees with several others I’ve read that the Lion of Judah is now roaring over us, that he’s taken the book of our destiny and is breaking the seals. Awesome thoughts.