You are here: Home » Church » Ministries » Children rescued from the bush after terrible attack in Mozambique
Share this post: 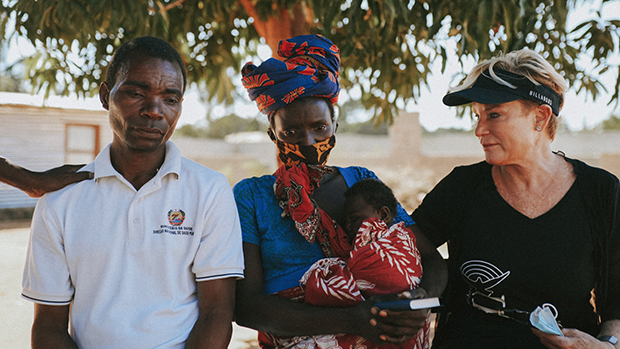 In Mozambique, we are facing the harsh reality that the violence and simmering threat of violence won’t end any time soon. While we stand in faith knowing the God of miracles could intervene, our position is as the three men in the fiery furnace — we know God is able to save, but even if He does not, we won’t bow to the evil around us.

We must carry on in the face of this brutality because of beautiful people like Diamon and Vitoria. Without warning, vicious insurgents attacked their village in northern Mozambique. Vitoria was already holding their baby, Diamon grabbed their toddler, and their four older children ran with them toward to bush for safety. In the chaos the family was separated and with their home burned they had no choice but to sleep in the bush with no food or water. For days, Diamon and Vitoria searched for their children — they tried everything and asked everyone. Eventually, they sold their only possession, a cellphone, to pay for a ride to Pemba.

We met them at a camp for people displaced by the violence and still they hadn’t gotten news from home or about their children. The trauma and heartache was unbearable. Our team members listened to their story and wept with them — we cried out for a miracle in Jesus’ name!

Love looks like something and for Diamon and Vitoria, love looked like a cellphone. We bought them a new phone so they could keep up the search for their four missing children. Miraculously — prayer works! —they located their children who had been rescued from the bush after that terrible attack and brought to a nearby village. They were all safely reunited and the overwhelming relief and joy was shared by all.

To learn more about how you can get involved with providing physical and spiritual relief for the displaced people of Mozambique, visit Iris Global.

Heidi Baker is a missionary whose mission is to reach the underserved, the destitute, the lost, the broken, and the forgotten. She is driven to see every man, woman, and child know the love of the Father and to provide them with resources to feast on the very Word of God in their own language. She is co-founder and director of Iris Global.

God bless the ministry and compassion of Heidi Baker.

Praise the LORD for a safe and joyous reunion. Praying for all displaced families everywhere, in Jesus’ name. If anyone wants to financially and practically help a person in need, adding them to a cellular plan is probably a brilliant way to show the Father’s love to them. Prayers for the 🇲🇿 Mozambican people and government.