You are here: Home » Prophecies » “I have changed the SCRIPT! The SCRIPT declares your BEST DAYS are ahead of you!” 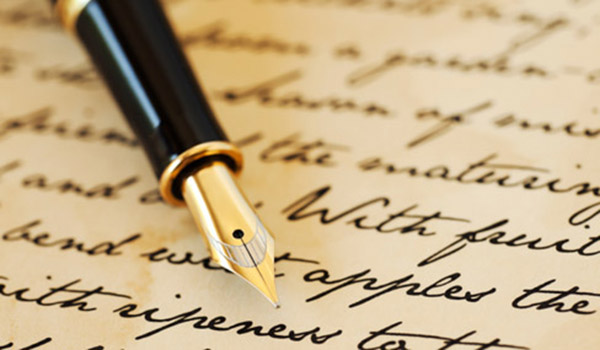 I had a vision today of many of God’s people and they were walking in a garden. This garden was so full of life, so full of the most beautiful flowers, rushing rivers, refreshing waterfalls, songbirds singing a new tune all around and it was as if everything in the garden was shouting, “New life”, “Breakthrough”, “New beginning”, and “New day”.

But many walking through this garden couldn’t engage with the atmosphere that they were in because they were so tightly bound. The interesting thing was, they were not bound by chains; they were bound by “SCRIPTS”.

Like a long ream of paper, that had been wrapped around them tightly, full of writing, and I knew instantly when I saw them that they were “SCRIPTS”.

These ones were SO bound by these scripts they could hardly walk or see straight. They were wrapped so tightly like mummies. I kept hearing the words booming loudly, “They are BOUND BY SCRIPTS, but I am CHANGING OLD SCRIPTS.”

I looked closer at the scripts, and I saw they were all different.

1. Scripts of wrong heart beliefs and wrong mindsets, lies that had been believed that were contrary to His truth about who He is, who they are and their future, causing strongholds, oppression and woundings.  Instantly I heard 2 Corinthians 10:5: “We destroy arguments and every lofty opinion raised against the knowledge of God, and take every thought captive to obey Christ”

They were hindering clarity, bringing heaviness, and extreme confusion. Many of God’s people were feeling like they were spinning around and around and not knowing what to do or which way to move to move into freedom, have clarity restored and move into breakthrough.

These SCRIPTS were bringing DEATH in so many ways. I found it interesting because the VERY GARDEN they were walking in, was a new depth of intimacy, a land of breakthrough, destiny and blessing like they had never experienced, but these scripts and the enemy have been causing such a blinding and ‘haze’, that many have felt like they are dying in the place they are in.

Their vision so hindered and the enemy working overtime in these ‘scripts’ to bring about a heart disconnection between these ones and their Lord. Such an assault on the secret place and intimacy.

I then saw the Lord, and He was walking in the garden longingly looking for His children. Papa God! So full of love, so full of kindness and goodness.

I saw Papa God walk over to each one where they were hiding and He bent down with such LOVE and DELIGHT in His eyes.

As they sat in the bondage of these Scripts and He embraced them. He held them as they cried, as they screamed, as they sobbed in weariness, disappointment, pain and grief. He held them and His love poured over and into the deepest parts of their hearts and souls.

He then spoke, “I AM CHANGING THE SCRIPTS.”

He lifted them up and I heard Him decree Psalm 40:2:

“I have stooped down to lift you up out of danger from the desolate pit you were in, out of the muddy mess you had fallen into. Now I have lifted you up into a firm and secure place and steadied you while you walk along My ascending path.” (The Passion Translation)

I saw these ones were still wrapped in these SCRIPTS. He looked at them in the eyes with such love and He said, “This is the KEY.”

Then all of a sudden, I saw His heart open up and I watched the SCRIPT from His heart flowing out and surround them. Written all over this script flowing from His heart were two things, the word SCRIPTURES and Matthew 4:4.

He (Jesus) answered, “The Scriptures say: Bread alone will not satisfy, but TRUE LIFE is found in EVERY WORD which constantly goes forth from God’s mouth.”

He spoke again, “THE SCRIPTURES are the KEY to SET YOU FREE!”

I watched as the old Scripts began to BURN AWAY with the fire of God. So quickly, the old SCRIPTS were losing their hold and the Spirit of God was healing their hearts and souls. The haze over their eyes was clearing and they could SEE DESTINY! They could SEE the truth! They could SEE what the enemy had done to them, and they were moving quickly into a level of freedom, revelation and manifestation of abundant life (John 10:10) that they had NEVER KNOWN.

They began to SHOUT and SING:

“A new song for a new day rises up in me every time I think about how He breaks through for me! Ecstatic praise pours out of my mouth until everyone hears how GOD has sent me free. Many will see His miracles; they’ll stand in awe of God and fall in love with Him.” (Psalm 40:3 – The Passion Translation)

These ones were SO full of hope, SO full of VISION for the future. They had encountered Papa God’s heart and love for them in such a deep and profound way.

Once all the false scripts had fallen off them, I saw them all dressed as warriors. Papa God smiled at them and He said,

“You have been a warrior all along. I have just been calling the warrior within you, OUT. The fire, the torment, the oppression you have faced is now a thing of the past, as you have been awakened in a whole new way to your authority and the POWER of My Word.”

“I have changed the SCRIPT! The SCRIPT declares your BEST DAYS are ahead of you! Blessings, abundance, increase, miracles and breakthrough! The PRESCRIPTION is LIVE DAILY in the GARDEN with Me and the FORECAST IS a BRIGHT SUNSHINY NEW DAY!!!!! You are FREE! FREE! FREE! No limitations, moving further into your destiny and promises fulfilled.”

Lana, This is the KEY! I have been through the fire for seven years now and God has been showing me in the last few months that literally feasting every day on His Word is the key to coming out of this. I feel like I am in a totally new dimension now. My faith is soaring! I ignore my “feelings” and build my faith in Him and His Word.

I have been through so much these past few years also. But, I’m done. I won’t take anymore. I’m not allowing fear to take over. I pray, read my bible and thank Jesus for answering my prayers. I realized that by having so much fear, I wasn’t trusting in our Savior. We have more power than satan. We have no reason to fear! All will be well! Thank you Jesus!

I literally just finished sending an email to a missionary friend explaining that I had done both a 40 day fast and a 52 day fast — and that things seemed more clouded now than before the fasts — and that I have not sensed breakthrough following the fasts. It has been perplexing. Then I immediately clicked on Z3 to find this new word waiting…hmmmm…I suppose I need to read this one again…perhaps twice more…..

Thank you Lana. I have been walking in that garden clinging to my saviors side. Hiding in the cleft of the rock. Safest place to be. Stay in his garden and don’t let go. He will give peace and comfort and power through His blood he shed for us on the cross and his resurrection. He will teach us of the Holy Spirit power in us if we ask. He truly loves us.

I feel very much burdened by this description:

They were hindering clarity, bringing heaviness, and extreme confusion. Many of God’s people were feeling like they were spinning around and around and not knowing what to do or which way to move to move into freedom, have clarity restored and move into breakthrough.

I need prayer to move through this. I have much doubt and confusion because from my practical eyes, the things that need to happen are not in my control. I continue to pray for some resolution and a turned page in my life.

Many are waiting for me to complete this chapter of my life and I feel responsible for the delay in being the provider. I feel very encumbered in my present position!

does this mean FAZ is part of the OLD SCRIPT— which has been re-written? thoughts?

This vision from Him witnesses to my spirit. Thank you for sharing, Lana! The Lord continues to confirm His Word! What an encouragement!

b i b-quote u img

GOD BLESS you Lana you truly are a woman of God you have given my heart hope knowing you were given this from our LORD!