SEATTLE — Up until his recent messy divorce, Bill Gates enjoyed something of a free pass in corporate media. Generally presented as a kindly nerd who wants to save the world, the Microsoft co-founder was even unironically christened “Saint Bill” by The Guardian. While other billionaires’ media empires are relatively well known, the extent to which Gates’s cash underwrites … END_OF_DOCUMENT_TOKEN_TO_BE_REPLACED

A controversial cabinet reshuffle this week has served to show just how difficult it can be to implement radical and redistributive change. President Pedro Castillo won Peru’s June 6th elections in the second round. His flagship policies were; a new constitution and the nationalization of natural resources. The expulsion of US forces (military bases, USAID, DEA) was also part … END_OF_DOCUMENT_TOKEN_TO_BE_REPLACED

HOLLYWOOD, CALIFORNIA — The (official) 20-year U.S. occupation of Afghanistan has come to a close, with the military beating a hasty and ignominious retreat. The puppet Afghan government NATO installed lasted fewer than two weeks on its own, with President Ashraf Ghani fleeing for the UAE, allegedly with around $169 million in cash. If the occupation was so unpopular and … END_OF_DOCUMENT_TOKEN_TO_BE_REPLACED

Ramón Labañino, who has a degree in Economics from the University of Havana, is one of the five heroes who in the late 80s and early 90s infiltrated anti-Cuban organizations in the United States to detect and prevent terrorist attacks against Cuba and the Revolution. The five were captured by the FBI and sentenced in illegal trials to different penalties; in the case of Ramón … END_OF_DOCUMENT_TOKEN_TO_BE_REPLACED

I sat in Court 4 in the Royal Courts of Justice in London yesterday with Stella Moris, Julian Assange’s partner. I have known Stella for as long as I have known Julian. She, too, is a voice of freedom, coming from a family that fought the fascism of Apartheid. Today, her name was uttered in court by a barrister and a judge, forgettable people were it not for the power of their … END_OF_DOCUMENT_TOKEN_TO_BE_REPLACED

The White House's recruitment letter sent to popular "influencers" on TikTok, Twitch, YouTube and Instagram asking them to shill Big Pharma's experimental injections to their child audiences has allegedly leaked. From RT: According to a "confidential" email sent from the White House to social media influencers, the Biden administration is seeking TikTok stars for "intimate" … END_OF_DOCUMENT_TOKEN_TO_BE_REPLACED

A recent video post on The New Atlas discussing US-backed protests in Malaysia exposed Malaysia-based media organization, “Malaysiakini,” as funded by the US government and convicted financial criminal George Soros’ Open Society Foundation. Viewers responded with surprise that Malaysiakini was funded by the US government, apparently unaware of the media platform’s foreign … END_OF_DOCUMENT_TOKEN_TO_BE_REPLACED

This week, Twitter was keen to share the news about its new arrangement with The Associated Press and Reuters “to expand our efforts to identify and elevate credible information” on its platform.  The company reiterates its commitment that people using its service are able to “easily find reliable information” hoping to “expand the scale and increase the speed of our efforts to … END_OF_DOCUMENT_TOKEN_TO_BE_REPLACED 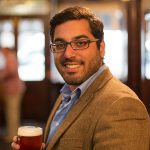 Several Chinese Communist Party-linked groups – including the regime’s Ministry of Foreign Affairs – have subsidized trips to China for American journalists in an effort to “enhance” their understanding of U.S.-China relations since the 1990’s, The National Pulse can reveal from recovered webpages deleted by program sponsors.  Among the outlets sending journalists to … END_OF_DOCUMENT_TOKEN_TO_BE_REPLACED 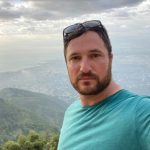 Imagine a country where there’s no separation between the government, the military, and the media. A lot of Americans would think of China, Russia or North Korea, but it’s a perfect description of the United States today. And here in Washington, the think tank inside this nondescript building – Center For A New American Security (CNAS) – is the clearest example of just … END_OF_DOCUMENT_TOKEN_TO_BE_REPLACED

The editor-in-chief of Germany’s top newspaper Bild has apologized for the news outlet’s fear-driven coverage of COVID, specifically to children who were told “that they were going to murder their grandma.” In a speech delivered to camera, Julian Reichelt said sorry for Bild’s coverage which was “like poison” and “made you feel like you were a mortal danger to … END_OF_DOCUMENT_TOKEN_TO_BE_REPLACED

STORY AT-A-GLANCE John Tierney, a contributing science columnist for The New York Times, looks back over the pandemic, providing a timeline of the media-induced viral panic that led to censorship and suppression of scientific research on an unprecedented scale Experts who spoke out against the official narrative were attacked and accused of endangering lives by … END_OF_DOCUMENT_TOKEN_TO_BE_REPLACED

Julian Assange’s long, contentious relationship with Ecuador is officially over: According to Associated Press, the nation has chosen to revoke his citizenship effective immediately. The WikiLeaks founder famously took refuge in the Ecuadorian embassy in London in 2012 after Swedish prosecutors issued an international arrest warrant (later dropped) on counts of rape and sexual … END_OF_DOCUMENT_TOKEN_TO_BE_REPLACED

A provision that protects social media platforms from being sued for content shared by its users is under attack by both the left and right — but for different reasons. Section 230, passed as part of the 1996 Communications Decency Act, gives legal immunity to internet giants such as Facebook and Twitter for content hosted on their platforms. Democrats say Section 230 is … END_OF_DOCUMENT_TOKEN_TO_BE_REPLACED

(Natural News) An article recently published in the British Medical Journal (BMJ) asks the pertinent question, “Is it time to assume that health research is fraudulent until proven otherwise?” The answer, of course, is yes. The reason is that the quality of “medical science” today has declined to the point of becoming an almost parody of itself, destroying the credibility of … END_OF_DOCUMENT_TOKEN_TO_BE_REPLACED

Conn Hallinan, a columnist with Foreign Policy in Focus, a project of the Washington, D.C.–based Institute for Policy Studies, tells me that when Ben Bagdikian published his book The New Media Monopoly in 2004, there were 100 corporations controlling media outlets in the U.S. As of September 2020, six corporations control 90 per cent of media outlets in the U.S.: AT&T, CBS, … END_OF_DOCUMENT_TOKEN_TO_BE_REPLACED

(Natural News) Anyone who has ever looked something up online has probably come across the collaboratively modified encyclopedia Wikipedia. After all, it is the world’s fifth biggest website. While some people may consider it authoritative simply because it is so vast, attracting an estimated 6.1 billion visitors each month and making up the most-read work of reference in … END_OF_DOCUMENT_TOKEN_TO_BE_REPLACED

We continue to make efforts to remind people who are most concerned about the life and death issues regarding the SARS-2 pandemic that the ruling establishment keenly knows the average person’s weaknesses and the means to capitalize on those weaknesses to strengthen its control over the agenda. And control over the nation’s media is paramount for tightening its grip on our … END_OF_DOCUMENT_TOKEN_TO_BE_REPLACED

With millions dead and a world economy shattered, the truth about COVID 19 isn’t getting closer, no, it’s getting further away, buried by politics, shrouded in lies. 99 percent of those who write about COVID, either medically or from a security standpoint, have no qualifications in either arena. Moreover, those few that are qualified either lie or, if “the truth is out … END_OF_DOCUMENT_TOKEN_TO_BE_REPLACED

(Natural News) A former director at the Centers for Disease Control and Prevention (CDC), a private corporation, is now in charge of the foundation that funds FactCheck.org’s “vaccine fact-checking” program. A flagrant conflict of interest, Richard E. Besser’s appointment as President and CEO of the Robert Wood Johnson (RWJ) Foundation following his tenure at the CDC just … END_OF_DOCUMENT_TOKEN_TO_BE_REPLACED

(Natural News) The War is in full swing right now, make no mistake about it. We are in the trenches, defending our rights as natural health advocates, to not be jabbed with dangerous, highly experimental vaccines against our will. We are at a crux, and the psychological warfare “game,” should you lose it, has real consequences, including blood clotting and early death. Guess … END_OF_DOCUMENT_TOKEN_TO_BE_REPLACED

It is now difficult to distinguish where the deep state ends and the fourth estate begins and Ben Nimmo's move from NATO to NATO-aligned think tank to Facebook is just another example of this phenomemon. Ben Nimmo, a former NATO press officer and current senior fellow at the Atlantic Council, has announced Facebook has hired him to “lead global threat intelligence strategy … END_OF_DOCUMENT_TOKEN_TO_BE_REPLACED

Yesterday (April 10, 2019) a reader alerted me to the fact that I am being smeared on Wikipedia as a “vocal supporter of the current Russian government and its policies.” The reader also reports that an article in the Daily Beast calls me a “Putin worshiper.” The reader says that he tried to edit the Wikipedia entry without success, and he urged me to give it my attention. I … END_OF_DOCUMENT_TOKEN_TO_BE_REPLACED