You are here: Home » Babylon » False Church » Breath of God Burning Up False Churches and False Doctrines
Share this post: 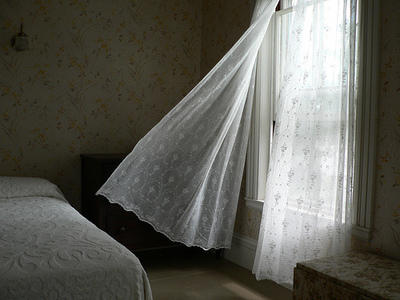 I had a terrifying dream yesterday morning. A hot wind began to blow. It came through my house and debris was blowing all around. The wind was hot and due to it’s intensity things were burning, flowers dried up, and it was like no wind I have ever experienced.

I walked through the house to close the doors and windows, but none were open, yet the wind was blowing. I looked outside, but there was not one tree or bush stirring, just inside the house. I woke up and knew this wind represented the breath of God blowing upon the false church, false brethren, false doctrines, burning them with fire because they come from the father of lies.

Then I had a second dream. I was trying to get somewhere on a motor cycle, but there was a road block. I got stopped on the railroad tracks, so I backed up quickly as a train was approaching. I managed to get through the barricades, though people were shouting at me. I went inside a building and met with some people and we began to pray. A big hurly-burly man came in and began to harass us. He called himself The Foreman. Then he left and I saw a heart! I knew it was this man’s heart. I thought, “He can’t live without a heart?”

Then I realized he was already dead, so I knew it was an entity masquerading where it should not have been, yet dominating, intimidating, and harassing believers. I believe he represented the Church, showing it was dead. (I make a distinction between the small c and large C.)

Then I heard this: “Bull’s eye straight to the heart.” (Those that choose life, and those that don’t.)

I believe God is going to expose the heart of the dead Church. He is going to deal with their heart. We better all get our hearts right with God, in Christ.

I call heaven and earth to record this day against you, that I have set before you life and death, blessing and cursing: therefore choose life, that both thou and thy seed may live. (Deuteronomy 30:19)

Ali, I love your blog! I check it everyday, sometimes several times a day just reading new posts & re-reading old posts over and over. I believe you truly do hear from the Lord. I will keep you in my prayers!

Ali, sad that for some reasons, your blog on Watchman was removed. I log into your blog constantly to read more revelations from God thru you.

Hope that I can get to read your blogs or insights ftom God somehow .
Your blogs give me much encouragement. Thank you, all glory to God

Her blog is back online now.

does anyone know why a watchman on the wall’s blog was removed?

Sujit
Reply to  Joe A

I saw James’s reply and went to check. Sure enough, she’s back!

I am actually quite delighted that she is back.

As a small side note, cars will often stall on
a railroad track when seismic activity is impending.
So there might be an additional interpretation
to your dream as well.

I had not considered that because I didn’t know about it, but yes, that may have a play in the disturbances we will encounter. My dream was placed in the west, known for a lot of seismic activity. Several fault lines run through there.

Do you see how the rivers of living waters flowing out from within us as believers, and among us, is flowing into the greater river? Each of us has the little wellspring that flows out to join the greater river, even that which flows out from the throne of God. I can see this, sense it, feel it, thirst for it in a dry land.

That’s a beautiful “word picture” Karen Sue, and I know it is very real to you!

It’s an amazing and very beautiful thing, Karen Sue. God is SOOO Good to us. . It brings a smile to my face and joy to my heart.

WOE . . This sure does go along with the warning dream I had and James graciously posted. The LORD truly is sending out the warnings, if we have “eyes to see and ears to hear”.
Thank you for sharing this.

Linda Clay, what happened to your earlier posted article?

James felt it was best to remove my post, due to the interpretation. That is all I know, Sarah.

I do have the dream posted on my blog from yesterday, if you would like to view it. As with all of my posts, I request all take them to the LORD in prayer.
3-3-16 – DREAM: The Destruction of “Worldly” Christian Ministries | believeacts2’s Blog
https://believeacts2blog.wordpress.com/2016/03/04/3-3-16-dream-the-destruction-of-worldly-christian-ministries/

Your comments are a prayer. Thank you.

Thank you Karen and Sonia, it is a prayer/song I Think about every day. I have liked Don Moen for a long time. One of my favorites is, ” I Just Want To Be Where You Are.” We sing so many song about Jesus being all we need, or I surrender all and so forth, but I’m not sure that most of us have really been in that kind of situation. Our bros. and sis’s in the middle east and around the world who are in really dire straits, they know what it is. I believe with all that is coming our way we are going to find out if Jesus really is all we need. That is why we need to heed the advise of many of these warnings and practice now getting really close to our Savior

I agree with you Jerry !

Jerry , thanks for sharing the lyrics of your beautiful song. What a blessing !

if you google you will find

Karen, what powerful dreams! Confirmation that the Lord will burn up all the works of mere men as they seek to glorify themselves. If it’s not of the Lord – it will be consumed. Thank you for sharing!

I love your comment about burning up dead works! That is incredible that you called out for a ‘heart translate. Katie mentioned something similar.

This is a dream from about 15 years ago. I was in an operating room that had a balcony area to observe the surgery. A man was having heart surgery. I saw a huge hand come down to perform what was needed. I heard,” sometimes a person needs a heart massage”.

Galatians 6:2
2 Bear ye one another’s burdens, and so fulfil the law of Christ.

Thank you for the beautiful comments, story and scripture.

To clarity, the dream did not take place in my own home, but at the home of my family of origin. I am interceding for my family and the house of God. The Bible tells us that there will be those of our own “house” that will turn against us, This is a parallel to the situation of the lukewarm Church, speaking to false brethren, false doctrine that cause people to come under bondage, the strongmen will be revealed and dislodged, and hearts weighed, yet even so many will not repent, and will not be delivered.

I always have to check myself first, then pray for understanding and confirmation. The theme of judgement coming upon the Church runs through many articles here. I have had several more pointed out to me. So we have to seek the Lord, be in the word, ask for understanding and wisdom, We have to be prepared for heartbreak along the way, understand the strategies of the adversary, to get through the perilous days ahead.

The dream is a warning, a call to intercession!

Psalm 19:14
Let the words of my mouth, and the meditation of my heart, be acceptable in thy sight, O Lord, my strength, and my redeemer.

I heed the call Karen. Thank you for taking the time to post this and to write to us personally. Wonderful word from the Lord!

May the Lord bless you and keep you in the palm of His hand.

Isaiah 49: 16
16 Behold, I have graven thee upon the palms of my hands; thy walls are continually before me.