You are here: Home » Prophecies » “I am breaking the clutter and bringing you into a wide open space prepared for increase.”
Share this post: 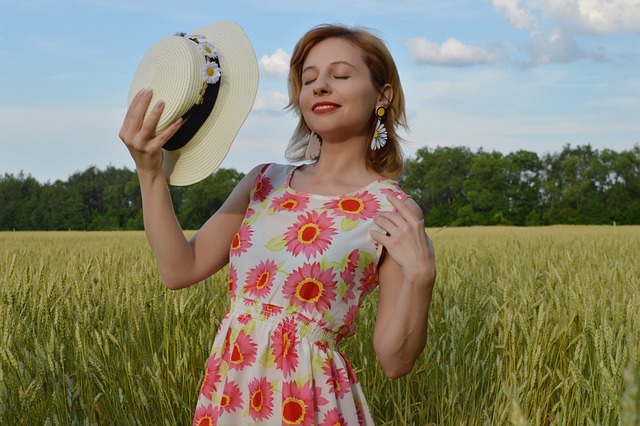 I have been struck the past few weeks by what the Lord has been showing me about the level of attack that many have been under. I saw this attack that was coming against many was coming almost in a ‘circular’ motion. It was coming from many directions and surrounding them in what seemed like every front. It was leaving these ones feeling confined, pressured and suffocated. It was a level of heaviness that they had not experienced before. As I was watching this take place I then heard the Lord say, “I am breaking the clutter”.

When He spoke those words, I felt immediately that the Lord was breaking this demonic assignment against many that was coming in such a way to bring ‘chaos’ and a sense of high level anxiety that left them feeling like they couldn’t take anymore. This was not a ‘natural realm’ chaos from circumstances, this was a demonic assignment bringing chaos to attempt to steal their vitality, their life, their joy, their clarity and their momentum. The attack was coming to distract them, to attempt to cause ‘mis-alignments’ by putting such pressure on them to cause them to withdraw, give up or lay down the fight of faith in what the Lord had spoken because this battle had been so long. The enemy was attempting to bring such a pressure upon them to steal clarity and cause them to doubt what the Lord has said.

Again He spoke, “I am breaking the clutter” and immediately I felt the air was clear. I felt the crispness of fresh air and the sense of many being able to breathe deeply again, to breathe without pressure, to breathe without the feeling of being suffocated and confined. I was so touched by the love of God that filled the atmosphere as I sensed these ones were so weary from the ‘fight’ – that the Lord came and stepped in and He himself fought for them. (Exodus 14:14)

But where the enemy had encircled them, the Lord was not only breaking the attack, but He was bringing them FULL CIRCLE. He was bringing these ones to the point of “beginning again”. He was reminding them of what He had spoken, and strengthening them to ‘begin again’ in all that He has spoken to them and was leading them into.

He spoke again, “The enemy came in with such a spirit of chaos to confine and clutter, but I am breaking the clutter and bringing these ones into a wide open space prepared for increase.”

The very areas of confinement where the enemy was encircling so ravenously, the Lord was bringing these ones into the wide open spaces where the manifestation of the truth of Zechariah 2:5 would be seen like never before, that HE encircles them like a wall of fire and is the glory in their midst (Zechariah 2:5).

The very areas where the enemy encircled so strongly, the Lord was positioning these ones into the wide open spaces for increase in these very areas.

Mighty deliverance was upon these ones. A mighty move of the hand of God to break the attack. A mighty wave of His Spirit, a great outpouring upon these ones to bring deep refreshment and rejuvenation. Restoration unprecedented. Recompense that had never been experienced before. A deep breath of the wind of His Spirit to bring life, healing and vitality again.

Taking them by the hand, leading them into the wide open spaces and breaking them free into the new day, they were entering into places they had never imagined. I heard the delight of His heart as He spoke, “Oh the places we will go”.

It was so clear to me in this encounter that the enemy had come to confine, to lock down, to separate, to suffocate, but the Lord was leading these ones into places of increase beyond their wildest dreams and hopes (Ephesians 3:20) and that this season was one marked and branded by the INCREASE of the Lord. The enemy did all he could to confine and to kill, BUT GOD. The dread champion stepped in and fought on behalf of His people and made a way out of the confined space of attack and pressure into a place of incredible freedom, longevity and increase.

This is a Word in due season. Thank you!

Lana, this just blessed my socks off. Thanks for being the Lord’s servant, the battle is real, but I drew a line in the sand yesterday and said, no more. I am learning how to battle, not by my strength but by Jesus Christ through me. A lot of times as Christians we are not taught how to battle, we are taught to love only and the enemy loves to use that against us so we roll over instead of fighting. Great discernment is needed to know when to do both. sometimes people have been sent into our lives to destroy us and we need to know the difference especially right now. We could have been programmed our whole life by so-called love ones and not even know it. Today is the day to ask Holy Spirit where am I being deceived by the enemy so I can be set free to become the person the Lord intended me to be.