“Have you seen the document dump on the Pfizer vaccine data? It’s a bombshell. No wonder the FDA fought to keep it hidden for 55 years.

Here is the quick takeaway:

By February of 2021, Pfizer had already received more than 1,200 reports of deaths allegedly caused by the vaccine and tens of thousands of reported adverse events, including 23 cases of spontaneous abortions out of 270 pregnancies and more than 2,000 reports of cardiac disorders.

Bear in mind, this is Pfizer’s own data.” – Election Wizard

Our thanks to Election Wizard for bringing this report to our attention.

This Confidential Pfizer Report released as part of a Freedom of Information (FOI) procedure provides data on deaths and adverse events recorded by Pfizer from the outset of the vaccine project in December 2020 to the end of February 2021, namely a very short period (at most two and a half months).

The Pfizer BioNTech vaccine was launched in the US on the 14th of December after the granting of Emergency Use Authorization on December 11, 2020.

In a twisted irony, the data revealed in this “insider report” refutes the official vaccine narrative peddled by the governments and the WHO. It also confirms the analysis of numerous medical doctors and scientists who have revealed the devastating consequences of the mRNA “vaccine”.

What is contained in  Pfizer’s “confidential” report is detailed evidence on the impacts of the “vaccine” on mortality and morbidity. This data which emanates from the “Horse’s Mouth” can now be used to confront as well formulate legal procedures against Big Pharma, the governments, the WHO and the media.

In a Court of Law, the evidence contained in this Big Pharma confidential report (coupled with the data on deaths and adverse events compiled by the national authorities in the EU, UK and US) is irrefutable: because it is their data and their estimates and not ours.

Bear in mind: it’s data which is based on reported and recorded cases, which constitute a small percentage of the actual number of vaccine related deaths and adverse events.

This is a de facto Mea Culpa on the part of Pfizer. #Yes it is a Killer Vaccine

Pfizer was fully aware that the mRNA vaccine which it is marketing Worldwide would result in a wave of mortality and morbidity. This is tantamount to a crime against humanity on the part of Big Pharma.

Pfizer knew from the outset that it was a killer vaccine.

It is also a  Mea Culpa and Treason on the part of corrupt national governments Worldwide which are being threatened and bribed by Big Pharma.

No attempt has been made by the governments to call for the withdrawal of the killer vaccine.

People are told  that the vaccine is intended to save lives.

“Killing is Good for Business”: It is a multibillion dollar operation worldwide. And Pfizer already has a criminal record (2009) with the US  Department of Justice on charges of “fraudulent marketing”.

We invite the “Covid-19 Fact Checkers” to peruse this Confidential Pfizer report.

(Oops. It just so happens that Reuters “Fact Checker” chairman and former Chief Executive Officer (CEO) James C. Smith “is also a top investor and board member of Pfizer”. “No  Conflict of Interest”).

Selected excerpts, tables and diagram from the Report below

also see details in the Appendices

Selected Excerpts of the Report

Pfizer is responsible for the management post-authorization safety data on behalf of the MAH BioNTech according to the Pharmacovigilance Agreement in place. Data from BioNTech are included in the report when applicable.

Reports are submitted voluntarily, and the magnitude of underreporting is unknown. 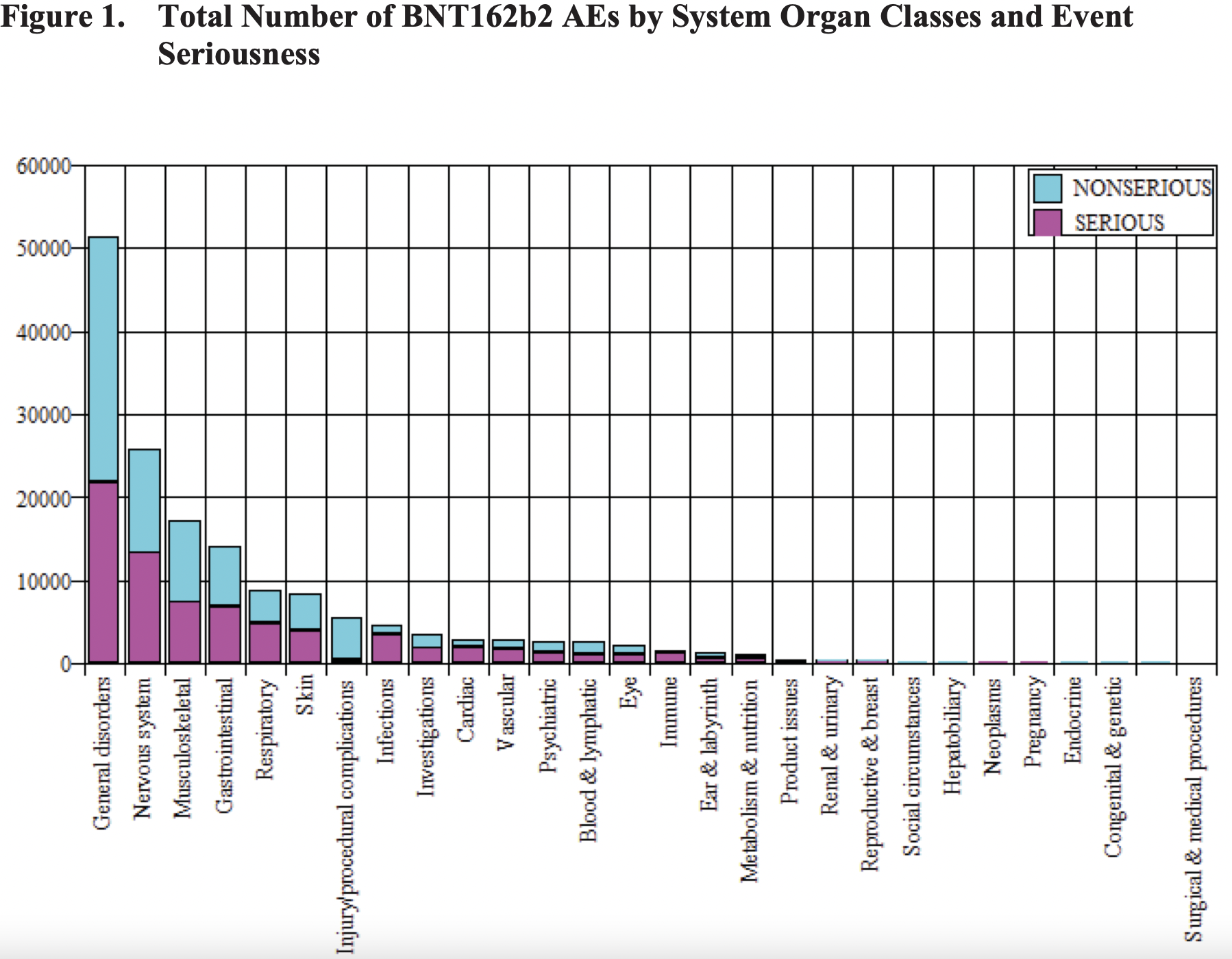 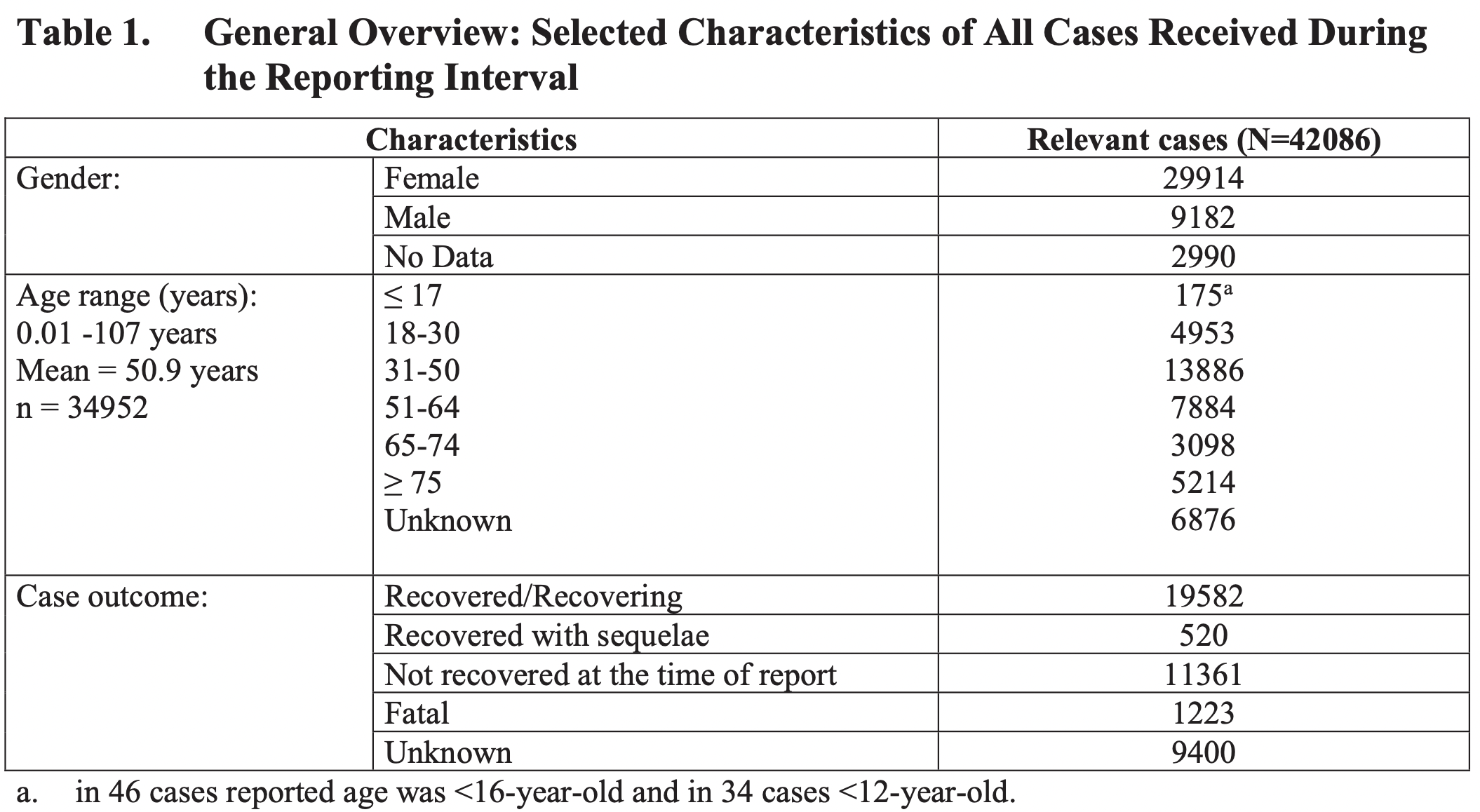 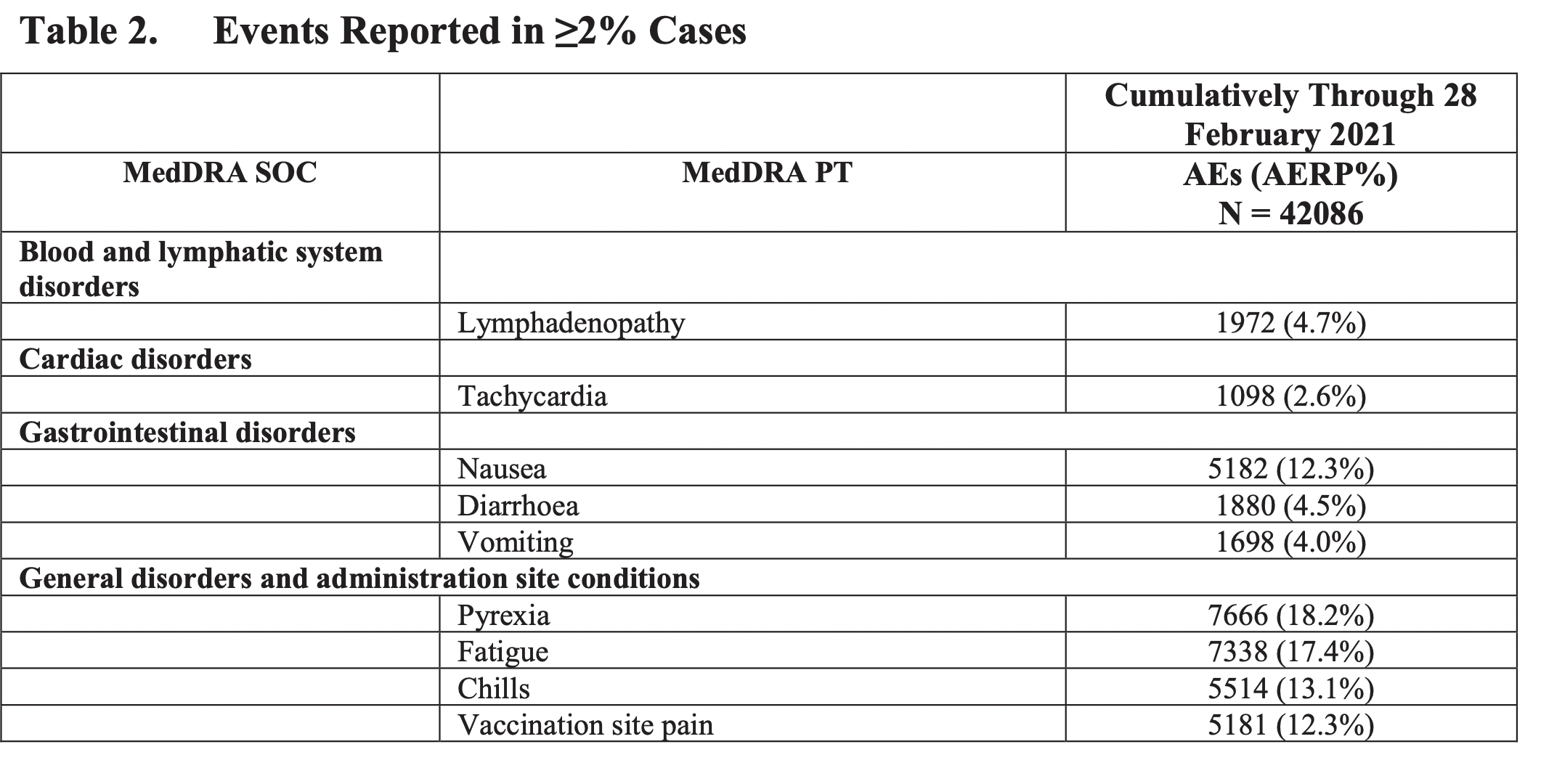