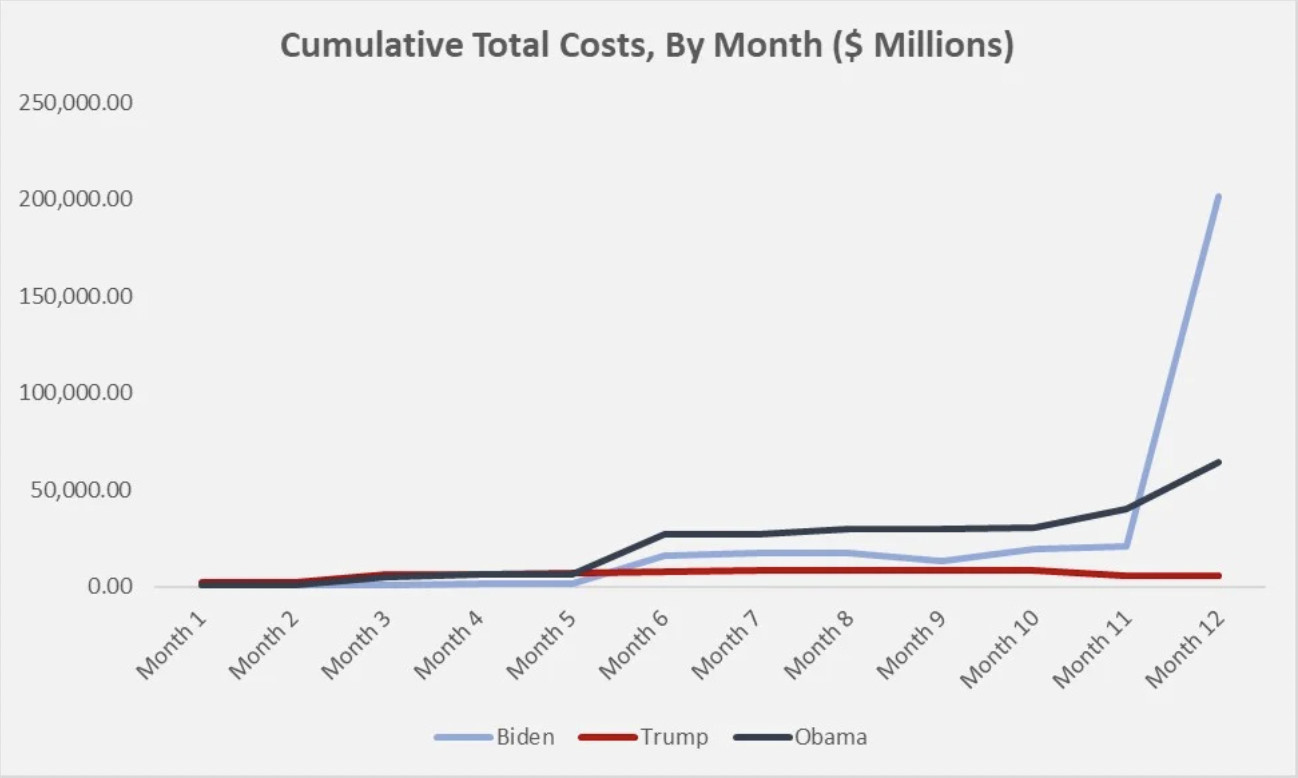 President Biden campaigned on moderation and a “return to normal.” Yet, on the regulatory front, the Biden administration has been far more aggressive than previous administrations—both Republican and Democratic. At least, that’s the finding of a new report from the center-right American Action Forum (AAF).

That’s nearly 40 times more costs imposed than during President Trump’s first year. Yet in perhaps a more apt comparison of presidents from the same party, the report finds that Biden’s regulatory expenses are even three times greater than those incurred during Obama’s first year.

Why are Biden’s regulatory costs skyrocketing? Well, AAF notes that the massive increase under Biden was largely fueled by one uber-expensive regulation regarding greenhouse gas emission standards for automobiles. This example highlights why Americans should care about all of this. After all, aren’t regulations just imposed on businesses?

While the paperwork might officially regulate General Motors, it is customers who ultimately bear much of this multi-billion-dollar burden via higher prices. In pursuing its “green” agenda via regulatory fiat, the Biden administration is imposing hidden/indirect taxes on American families.

Yet, as AAF’s data show, this isn’t a unique aspect of Joe Biden’s presidency. While it ebbs and flows under different presidents, the regulatory state continues to grow and expand. Americans should be well aware that these incursions come with direct costs for them even if their tax bill doesn’t go up on paper.

When we overlook these costs because the surface-level burden falls on businesses, we fall victim to a common fallacy and fail to properly scrutinize the actions of our government.

This error is what Henry Hazlitt dubbed “the fallacy of overlooking secondary consequences.” In Economics in One Lesson, he rightly decried “the persistent tendency of men to see only the immediate effects of a given policy, or its effects only on a special group, and to neglect to inquire what the long-run effects of that policy will be not only on that special group but on all groups.”

So, yes, it’s understandable that the latest regulations added to the Federal Register might not naturally grab the attention of most Americans. But we should all still care about the unseen burden the federal government imposes on the public with each new rule, regulation, and dictate its bureaucrats come up with.