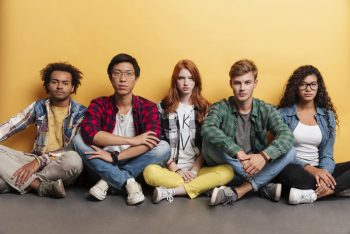 On June 23rd, 2020, I had a dream that I was watching a ministry praise and worship on television. The attendees were singing a “Love” song. “Love, Love, Love”. I sensed it was supposed to describe the Love of Yeshua (Jesus). I was also singing along as I was watching. Then I went through the television and was actually in the room where they were still singing, “Love, Love, Love” which sounded more like a chant or mantra. In the room were all young people, teenagers and young adults sitting on the floor with their legs crossed rocking back and forth as they were singing. Many had their eyes closed. There was one older man leading them. He resembled Ryan Seacrest, one of the hosts of American Idol. He was walking among them touching their heads or shoulders. There was someone else assisting him. The other person was shrouded in darkness and stayed crouched down as he moved from person to person indicating to the man whom he was supposed to touch.

As soon as I walked through the television and looked around, I immediately knew it was a false doctrine. But I did not realize this while I was watching the television on the other side.

I also realized that the crouched dark figure was not human, but I am not sure how I knew, but I knew that what I was witnessing was a very strong and far reaching deception. Then I woke up.

Dream insights: The person who resembled Ryan Seacrest represented well known Hollywood celebrities who will be converted to this movement and also become the leaders which is why this false movement will grow and spread so rapidly.

The touching of the head and shoulders of the specific persons directed by the dark figure represents demonic impartations.

The singing of the ‘Love’ song represents a familiar sound and a familiar feeling but what is false is the intention behind it. For example, mantra’s are used in yoga and eastern medications. The goal of this kind of meditation is to seek a ‘higher form of consciousness’ to gain a sense of ‘oneness’. Matthew 6:7 says And when you pray, do not use vain repetitions as the heathen do. For they think that they will be heard for their much speaking. (KJB)

Seeing myself watching the event on television represents all of us and how easily it is to be deceived because we see and hear something that sounds good to our ears. The bible describes in 2 Timothy 4:3 as having itching ears. I believe walking through the television and getting a closer look was the Most Highs’ way of pushing me to look closer to pay attention and discern what was actually going on. We are now in an era where we cannot make assumptions regarding churches, ministries, etc. We have to learn to discern.

This was a warning dream. The warning that our young will potentially be swept away in this and any other false doctrine.

I believe The Most High gave me this dream to pray against this happening. I share the dream publicly for those who are also praying for our youth. I don’t believe this dream is just for the United States, but for our youth all around the world; those who are supposed to be Kingdom leaders that would be lead astray by false doctrines and false worship.