You are here: Home » Prophecies » “You are going to be in awe and full of joy at how the seed of promise I have released to you will THRIVE! 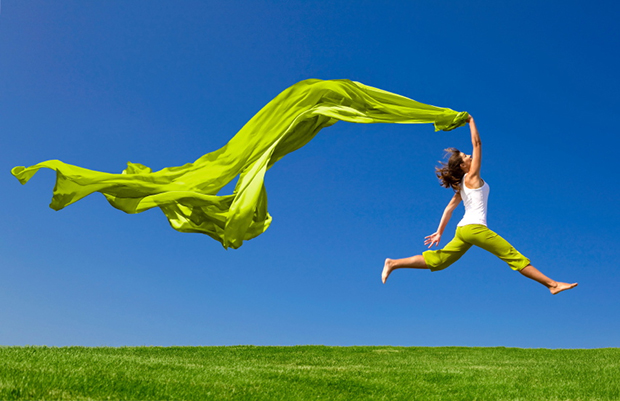 The Lord spoke to me to encourage many hearts right now, that the enemy is SQUAWKING. He is SQUAWKING at the seeds of promise God has given to His people.

SQUAWKING: To make a loud and harsh noise.

“Take heart! The enemy is SQUAWKING loudly, but the seed is not dying, it is THRIVING.”

The enemy is just attempting to bring fear, steal peace and joy at the thriving and increasing of the promise.

I heard the Lord say: “You are going to be in awe and full of joy at how the seed of promise I have released to you will THRIVE!!!!! Stronger than ever before!!!”

I saw Jeremiah 1:12 engraved over the seeds of restoration and promise:

The Lord said to me “You have seen correctly, for I am watching to see that My Word is fulfilled.”

The Lord showed me many that have been coming up against the SQUAWKING of the enemy’s lies and it has been bringing fear and fog over the seed, but I felt the comfort of the heart of God to encourage His people that have been given new vision for these new seeds, that you have seen correctly and that is why the enemy is SQUAWKING at the seed.

I then heard the Lord say:

“Where the enemy has been SQUAWKING now many will see that I am KING OVER THE SEED.”

“Shall I bring to the point of birth and not give delivery?” says the LORD. “Or shall I who gives delivery shut the womb?” says your God. (Isaiah 66:9)

I saw the KING OVER THE SEED BRINGING THE SEED TO FRUITION!!!!!! COMPLETENESS! FULLNESS! Fear is coming against the seed because the decree of God over the seed is that it WILL come to FULLNESS.

A WHOLE NEW LEVEL OF AWE AND WONDER

The seeds that the Lord has given you and placed within you the Lord has decreed that their fruition and fullness will leave you in AWE and WONDER of who He is.

The release of these new seeds are decreeing and ushering in the new season of deeper WONDER and AWE of who He is.

Not only will you be in AWE and WONDER of Him like never before, you will KNOW His love that will leave you undone and marked again. You will fall in love with Him deeper than you have ever been and be yielded to Him in a more beautiful way than you have experienced before.

“Fasten me upon your heart as a seal of fire forevermore. This living, consuming flame will seal you as my prisoner of love. My passion is stronger than the chains of death and the grave, all-consuming as the very flashes of fire from the burning heart of God. Place this fierce, unrelenting fire over your entire being.” (Song of Songs 8:6 – The Passion Translation)

Thank You for this Word! Last evening I was so filled with revelation snd rue-openimg reading of HIs Word, and filled with joy, amazement and expectstion AS to HIS promise in me. I can feel the push contractions now. And I declare as my earthy birthings, QuickType snd effectively they will be born forth. But Just during the night tonight, the enemies little terrorists invaded My dreams! These little demons stemoren to feigheten me, and the gull of them they brought My little child of 2 years old in on it. He woke and said “mamma, the ugly troll sat on our tummies, We threw them out!” – yes. Yes, son, we Did in the name of Jesus. I called upon Jesus and sang praises and declaimed Words and they fled. I woke and asked a God to send his strongest angels to protect us in the name of Jesus. We then slept well. I saw he sent angels for every walk of my home.
In my dream, my son was also beside me shaking his little finger at them saying Jesus Jesus! He woke and remembered.
I proceeded today to sing praises to the Lord and declared healing over loved ones with a conviction never before felt. My firsts thoughts were – If the enemy thinks I’m so interesting I MUST be close to birthing something wonderful for the Kingdom to bring Glory to God and the almighty Jesus Christ! I will not be frightened from this, Amen!!!

Thinking about how I had viewed the world so much from other’s opinions. The Lord dropped in my spirit: “Live from God’s perspective only… ”

Evil learns us to join them without fear. And for the sins say in your last minute sorry and do a confession with a few our Fathers and most priests say God will forgive you. An example are also the Paradise paper, when asked the evil elite say well legally we did nothing wrong when we did not pay our taxes. Well I find it immoral and will not forgive them ever. But the beauty of the news of today like Paradise Papers is that tomorrow something else will be the news and all can go on the way it did. Do I still have faith and belief well to be honest I became a doubter.