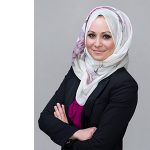 On Wednesday, November 24, MintPress News Editor in Chief Mnar Adley sat down to speak with Camila Saab, the wife of imprisoned Venezuelan diplomat Alex Saab. Saab was on a diplomatic mission to Iran in June 2020, where he was tasked with securing deals for food, medicine and personal protective equipment. His plane stopped off in Cabo Verde — a group of islands off the west … END_OF_DOCUMENT_TOKEN_TO_BE_REPLACED

After organizing coups, overthrowing democratically-elected heads of state, and arming death squads all around the world in the 1960s and 1970s, it was clear that the CIA had an image problem. The Reagan administration, therefore, began constructing a network of outsourced private organizations that would do the dirty work of the U.S. empire, shielding the U.S. government from … END_OF_DOCUMENT_TOKEN_TO_BE_REPLACED

It’s a story that has captivated many for over three decades. In 1987, locals in Tallahassee, Florida alerted police to a strange incident in a local park. Six dirty, hungry and poorly clothed kids — almost resembling feral children — were in the custody of two extremely sharply dressed men. Both men were questioned but later released by police, although when it transpired … END_OF_DOCUMENT_TOKEN_TO_BE_REPLACED

Around one quarter of the world lives in countries under unilateral United States sanctions. While American government officials insist that sanctions are targeted at officials committing human rights abuses in foreign countries, the United Nations notes that they always “disproportionately affect the poor and most vulnerable.” In Cuba, U.S. sanctions are causing shortages … END_OF_DOCUMENT_TOKEN_TO_BE_REPLACED

Edward Snowden has called it “the story of the year.” An Israeli spying company has been caught selling software to authoritarian regimes that have used it to surveil more than 50,000 people worldwide. That company is NSO, founded in 2010 by former members of Unit 8200, the Israeli military’s notorious intelligence squad. Their product is called Pegasus, and it was sold to … END_OF_DOCUMENT_TOKEN_TO_BE_REPLACED